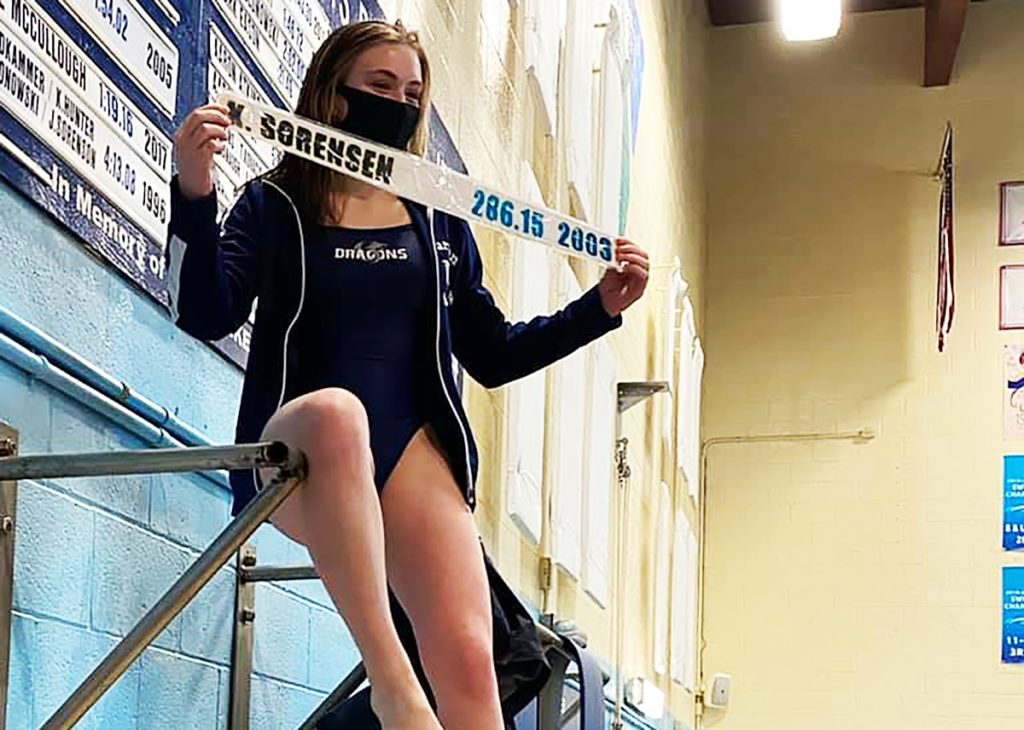 Madigan totaled a score of 424.45 to outdistance second-place Laynee Mosbacher of Harbor Creek in Class 2A, while McDowell’s Kalli Knott won the 3A competition with a total of 434.90.

In Class 3A, the lone other competitor, teammate Alexis Shelatz, was forced to withdraw after five attempts, with her score at 146.60.

Madigan and Knott advanced to the PIAA championships on March 13 at Cumberland Valley High School.