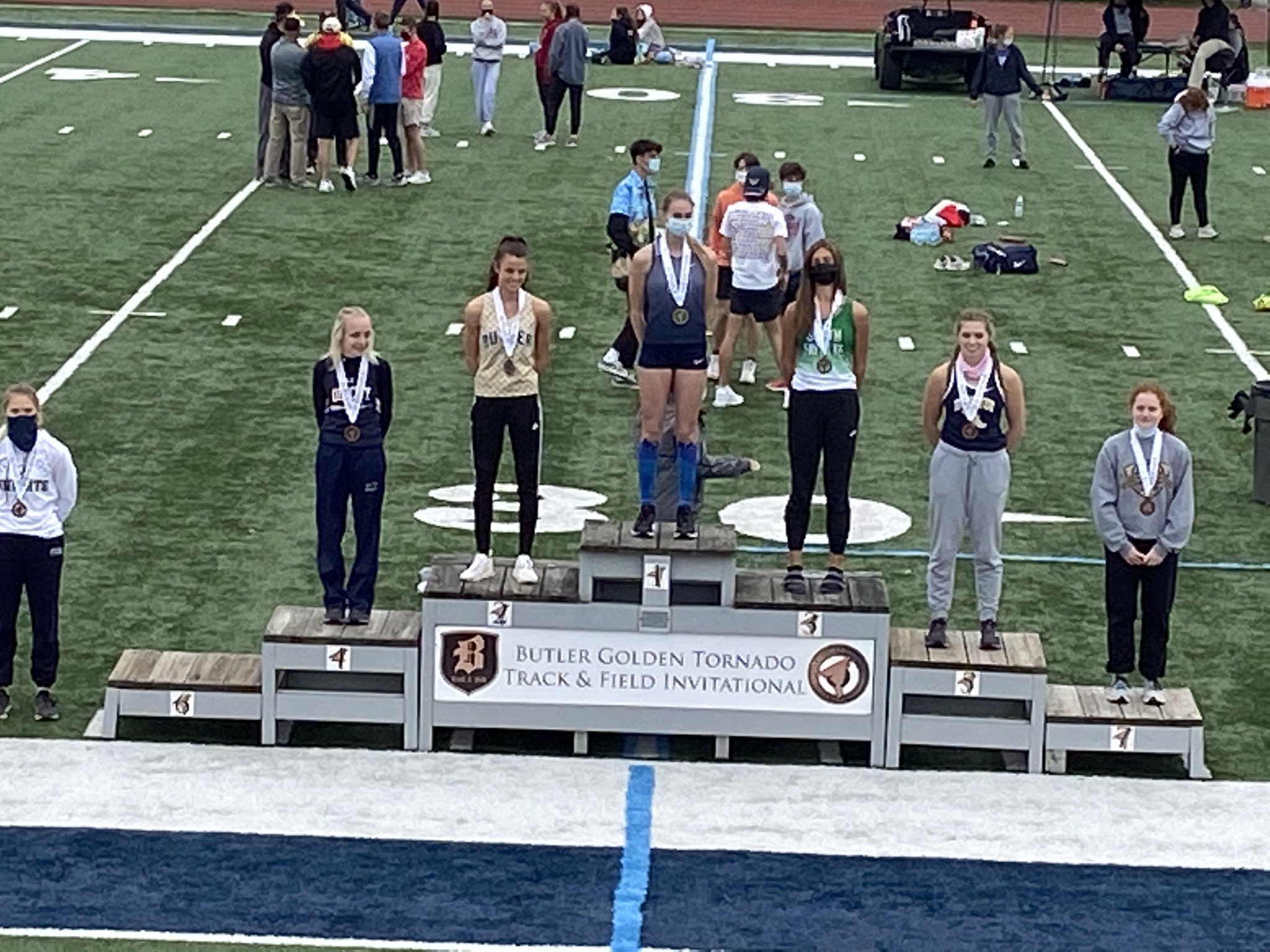 Knott cleared 12-5, shattering the previous record of 11-11 set by Taylor Weaver of Butler in 2017. Oil City’s Emma Horn was fourth in the event.

Anderson added a second-place finish in the 300 hurdles.

Slippery Rock’s Anna Kadlubek was fourth in both the 100 and 200 and seventh in the 400. Ackerman added a fifth in the discus.

Hickory’s Christie Boren was fourth in the 400 and Paige Griffith third in the high jump.

Wilmington’s Lindsey Martineau was fifth in the 100 hurdles and fourth in the 300 hurdles. Wilmington added a second-place finish in the 1600 relay.

Slippery Rock finished third in the team standings among 41 teams, while Wilmington was sixth and Hickory seventh.