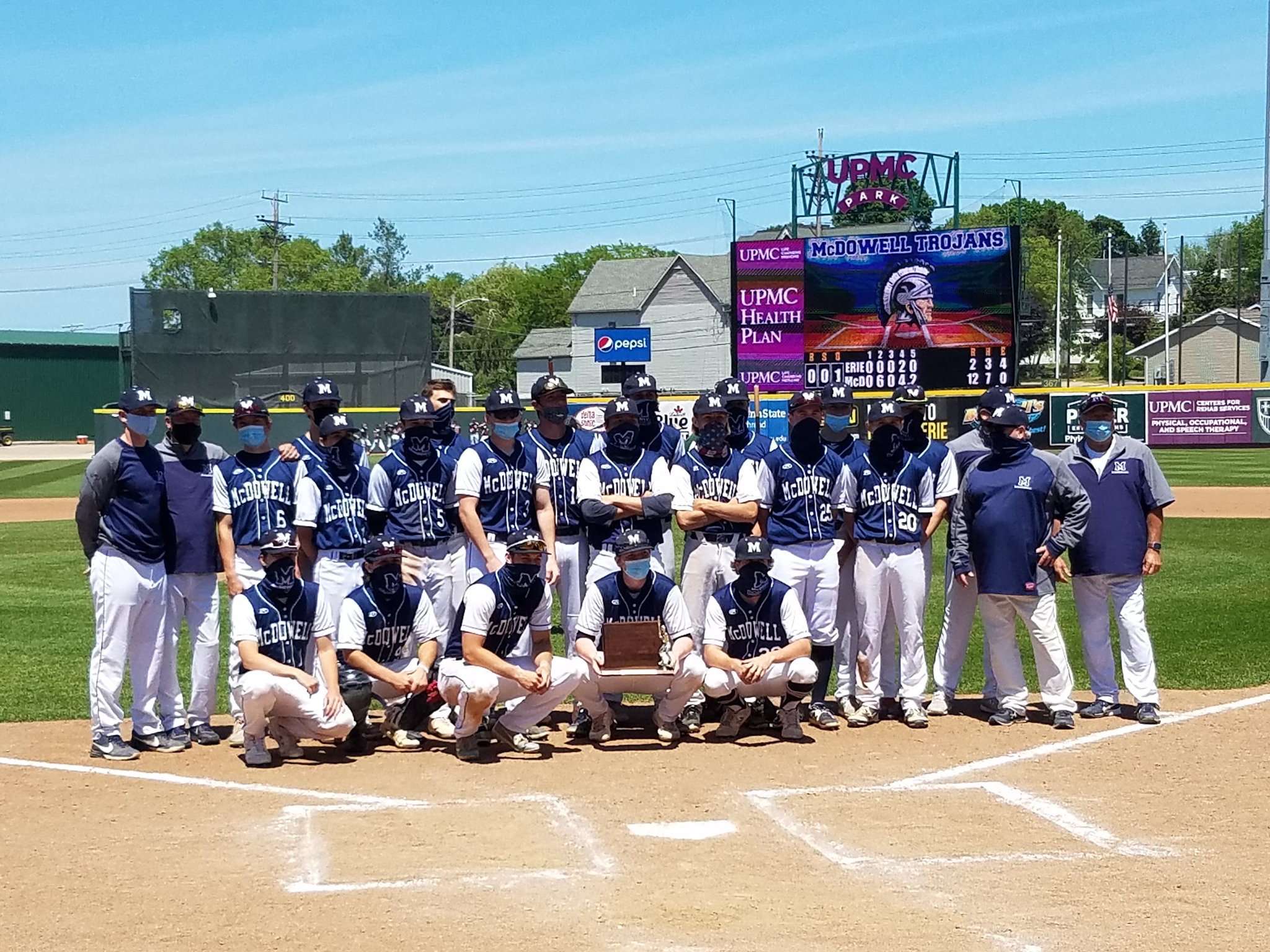 ERIE, Pa. – Nice and easy does it for the McDowell Trojans.

McDowell scored six runs in the second inning en route to a 12-2, 5-inning win over Erie in the District 10 Class 6A baseball championship game on Monday at UPMC Park.

The win was the third this season for the Trojans over the Royals.

McDowell scored five of those runs in the second with two outs, as Jackson Hower ripped a 2-run single, followed by an error and a bases-loaded walk to Chris Juchno.

The Trojans plated four more runs in the fourth on a wild pitch, an RBI knock off the bat of Matt Demski, and an error.

Hower was 2-for-3 with three runs and an RBI, while Juchno was 2-for-2 with two runs and two RBIs and Curtis King 1-of-r2 with a run and an RBI.

Quinones and Braden Lazar had the RBIs for Erie.

The Trojans will draw either State College or Mifflin County in a subregional game on Wednesday.

Sharpsville Wins D10 Class 2A Title in Pitcher’s Duel Powered by North Washington Rodeo
DCC Brings Gold Back to the Nest Again; Lady Cardinals Defend D9 1A Softball Title Powered by North Washington Rodeo
This website or its third-party tools process personal data.In case of sale of your personal information, you may opt out by using the link Do not sell my personal information.
×
Manage consent