McDowell Rolls to Yet Another District 10 Class 4A Volleyball Championship 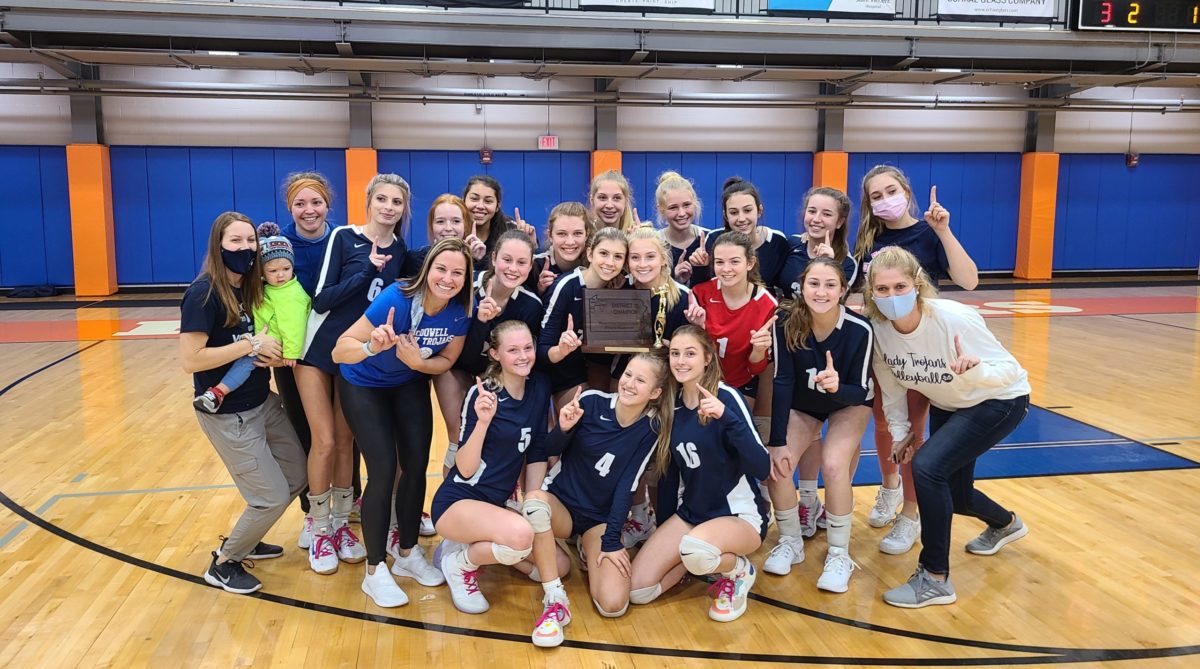 The two teams are the only two Class 4A entrants in District 10.

Macy Testa led a balanced effort with 10 kills, while Cassidy Cousins and Jocelyn Teresi had five each

Alyssa Radtke ran the offense to the tune of 18 set assists.

The win was the third this season for the Trojans over the Royals.

“We were pretty calm, because we’ve played them two times before, but winning D10 is a big deal,” said Cousins, who along with fellow seniors Sarah Boyd and Emma Murray, serve as captains.

Boyd finished with a team-high 11 digs.

Listen to the full interview from the trio here:

McDowell (8-5) didn’t trail until the third set. They went on big runs in each of the first two sets – 9-2 in the first and 8-0 in the second to assume control of each.

“To get to this point … we did not play very well the first time against Erie,” said McDowell coach Jamie Soboleski. “They are a good team and I’m glad we got through it.”

“That’s been the biggest struggle for us this year is that we’re hot and cold,” Soboleski said. “Sometimes when we get down, we shut down, for them to preserve and batte back says a lot. Our game plan is normally to get the ball to Macy (Testa) in those situations and that’s what Alyssa (Radtke) did.”

With the win, McDowell advances to play Allderdice in a Class 4A subregional on Tuesday. That match is tentatively set for Carrick High School.

Oct. 26, 2021 D9/D10 Volleyball and Soccer Playoff Scores
Oct. 26 Soccer Playoffs: D9 Boys’ Filled With Upsets; D10 Girls’ Favorites Take Care of Business
We use cookies on our website to give you the most relevant experience by remembering your preferences and repeat visits. By clicking “Accept All”, you consent to the use of ALL the cookies. However, you may visit "Cookie Settings" to provide a controlled consent.
Cookie SettingsAccept All
Manage consent