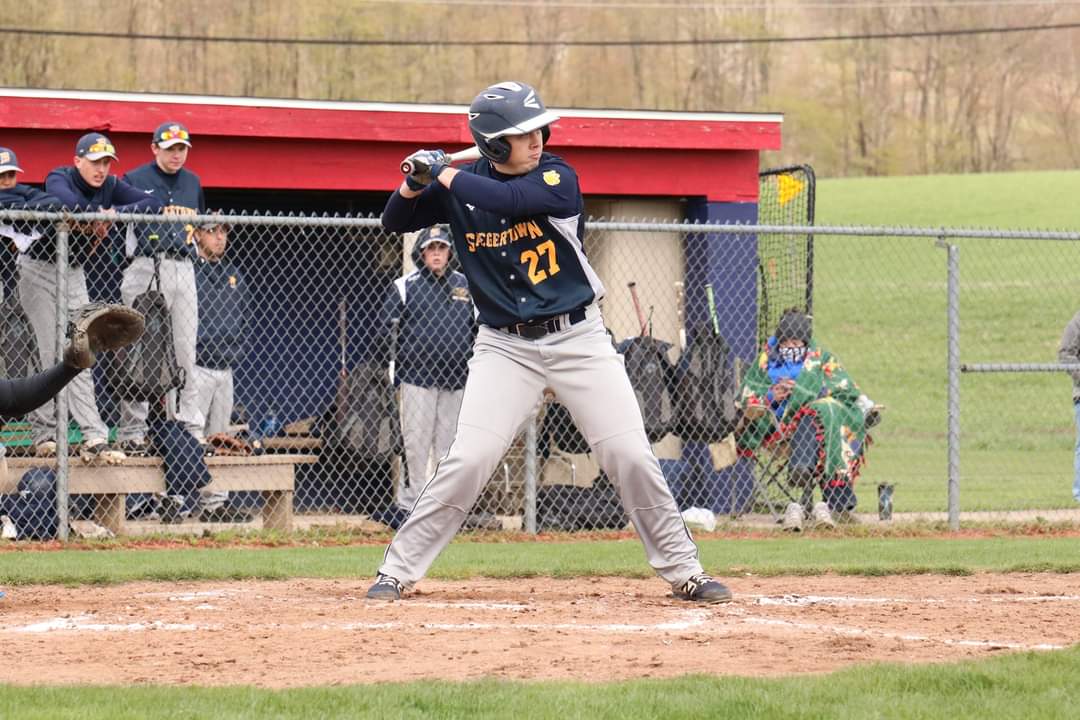 MEADVILLE, Pa. – Meadville scored nine runs in the sixth inning to win a 21-11 slugfest over Sharon.

Walker had a monster day, going 5-for-5 with four RBIs and four runs, while Tartaglioin was 3-for4 with four runs and two RBIs, Young 3-for-4 with two RBIs and three runs, and Beck 1-for-3 with three RBIs.

The Bulldogs had 18 hits in the win.

Dante Currie was 3-for-4 with four RBIs and two runs, while Mikey Rodriguez drove in three runs and scored three.

Isaac Johnson got the win for Meadville, while Mark Cattron took the loss.

GUYS MILLS, Pa. – Saegertown scored three runs in the fourth inning and three more in the sixth to pull away from Maplewood, 12-8.

Both teams scored four runs in the first inning.

Flinchbaugh doubled and Joe had a pair of RBIs, while Reagle and Henry Shaffer had one each.

Flinchbaugh tossed three scoreless innings to get the win, striking out five.

Jacob Woge had three RBIs for the Tigers and Elliott Beuchat two.

GIRARD, Pa. – Girard scored 13 runs over the fourth, fifth and sixth innings en route to a 14-6 win over Conneaut (Ohio).

Balko came on in relief and allowed a pair of unearned runs, striking out five.

Izzy Danforth was 2-for-3 with a pair of RBIs for the Spartans. She also took the loss, allowing eight runs in her five innings of work.