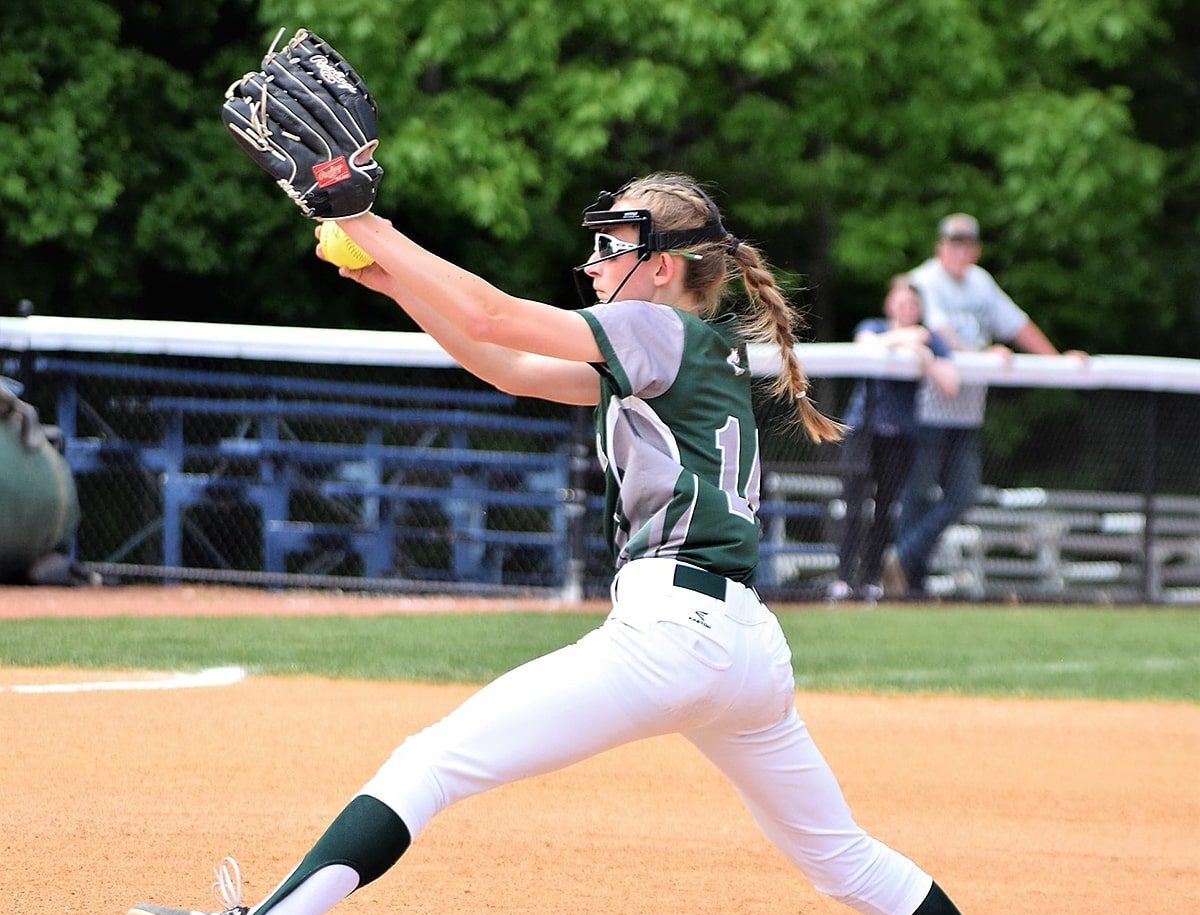 Tingley struck out five in the circle. She also doubled and drove in a pair of runs at the plate.

Higley doubled and homered and had two RBIs, while Alyssa Tingley tripled and drove in a pair.

COCHRANTON, Pa. – Mikaila Obenrader hit a home run and pitched a 3-hit shutout to help lead Saegertown to a 10-0, 5-inning win at Cochranton.

Obenrader’s 2-run homer was part of a 6-run third inning for the Panthers. Brittany Houck’s solo homer in the second put the first run on the board for Saegertown. Rylie Braymer and Katherine Diesing each had two hits and drove in a pair.

Obenrader issued one walk and allowed only three hits while striking out 10 in five scoreless innings.

FRANKLIN, Pa. – Abby Borland’s walk-off single in the bottom of the 10th innings lifted Franklin to a 7-6 win over Jamestown, keeping the Lady Knights unbeaten in the process.

Jamestown scored three runs in the seventh inning to send the game to extras, as an error plated a run, while Liz Kammerdiner hit an RBI double and Kiley Matters had an RBI on a bunt to tie the game.

Jamestown took a 6-4 lead in the top of the ninth on an error and Matters coming home on a double steal. Franklin tied the game in the bottom half of the inning as Rilee Hanna plated a pair of runs.

Hanna finished 2-for-5 for Franklin with four RBIs, while Boland was 3-for-5 with two RBIs.

Trinity Edge pitched all 10 innings to get the win, allowing one earned run on eight hits, striking out nine and walking two.

Kammerdiner was 3-for-5 with an RBI for Jamestown, while Matters was 2-for-5 with a pair of RBIs.

WARREN, Pa. – In a game that featured just two combined hits, Sadie Bowers’ sacrifice fly in the top of the eighth lifted Fort LeBoeuf to a 1-0 win over Warren.

Skelton allowed one hit in eight innings, striking out nine without issuing a walk.

Stuart, meanwhile, allowed just one unearned (run) on one hit while striking out 10 and walking six.

Kendall Stull had the lone hit for Fort LeBoeuf and Halle Kuzminski the lone Dragon knock.

LINESVILLE, Pa. – Linda Shepard in a 3-run home run as part of an 8-run third in Conneaut’s 15-0, 3-inning win over visiting Erie.

Shepard also doubled and had four total RBIs in the win. Julianna Jacobs and Lainie Harrington each had two hits, two RBIs, and scored three times.

FARRELL, Pa. – Mercer scored seven runs in each of the third and fourth innings on its way to a 21-2 win at Farrell in five innings.

Rhiannon Sines allowed one earned run on one hit and a walk in five innings with nine strikeouts.

GROVE CITY, Pa. – Hallie Miller doubled, homered, and drove in three runs as Hickory held off a late rally to come away with an 11-9 win at Grove City.

The Eagles jumped out to a 4-1 lead thanks to a pair of runs in each of the first two innings. The Hornets tied it at 4-4 with a 3-run third. Grove City went ahead again with a run in the fourth before Hickory took the lead for good with three in the fifth and four in the sixth.

Grove City scored four in the sixth, but couldn’t put any more runs on the board.

Miller homered to lead off the fifth, then hit a 2-run double in the sixth. Kaitlyn Gilliland and Loren Myers each had two hits and two RBIs.

Miller picked up the win allowing nine runs, four earned, on 11 hits and a walk with five strikeouts.

GIRARD, Pa. – An 8-run sixth propelled Iroquois to an 18-5 win at Girard in six innings.

Rachel Balko had three hits for the Jackets.

Reagan Rand had a pair of hits and drove in three runs. Rylee Vogt and Georgia Weber each had two RBIs.

Taylor Polach hit an RBI triple for the Tigers.

ERIE, Pa. – Lexxie Biel’s two-run double in the top of the seventh provided McDowell with a three-run lead, which was just enough to beat Villa, 5-4.

Molly Simmerman had a two-run single in the bottom of the seventh to cut the lead to one, but Gabby DeLuca was able to get a groundout to end the game.

DeLuca and Hilary Sissem both finished 2-for-4 with two runs, as DeLuca also drove in a run. Biel was 2-for-3 with three RBIs.

Simmerman was 3-for-4 with three RBIs for McDowell, while Haley Dever was 1-for-2 with a double and two runs.

Ella Connelly belted a solo home run for Sharon, while Claire Bodien had an RBI triple, both in the fifth inning.

Palko hit a solo shot to start the game and a two-run bomb in the second.

Hanley struck out 10 and walked three.

McDowell Rallies for Volleyball Victory Over Cochranton; EFC Tops Rocky Grove
May 5, 2022 D9 Baseball: Clarion Shuts Down Redbank Valley; Jburg, St. Marys Win at Elk Co. To.
This website or its third-party tools process personal data.In case of sale of your personal information, you may opt out by using the link Do not sell my personal information.
×
Manage consent