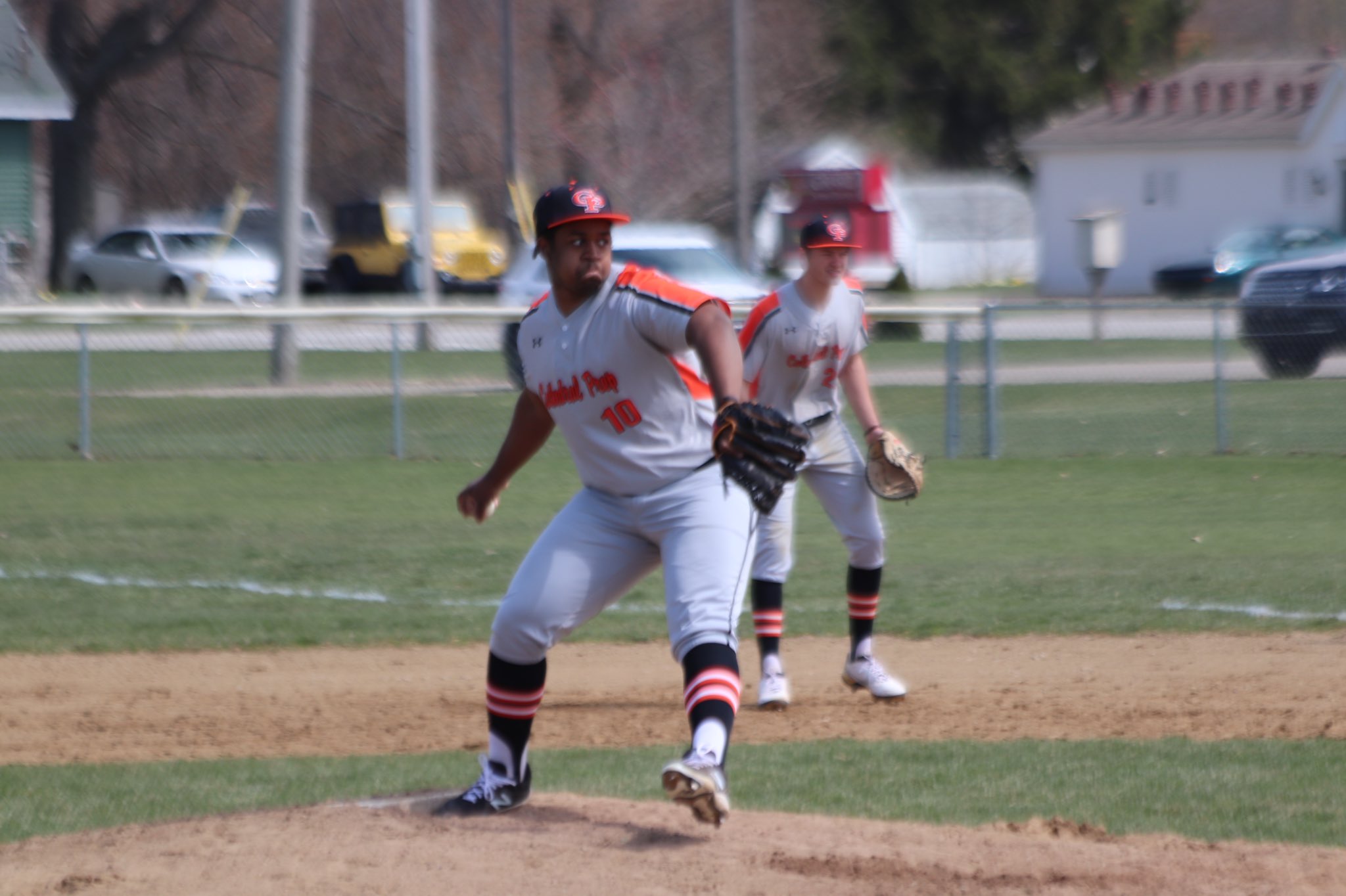 ERIE, Pa. – Colin Fiorelli drew a bases-loaded walk in the bottom of the fifth to lift Cathedral Prep to a 7-6 win over General McLane.

The game was called shortly after, as the teams did their best to get the game in with inclement weather.

The Ramblers jumped out to a 4-0 lead, only to watch as GM scored five in the third to take a 5-4 lead.

In the 4-run second for Prep, Fiorelli drew his first bases-loaded walk of the game, followed by a Jacob Cooper sacrifice fly, and two more bases-loaded free passes to Cole Constable and Luke Costello.

The Lancers scored their five runs in the third on a hit-by-pitch, a pair of errors, and a bases-loaded free pass.

The Ramblers scored their seven runs on just two hits. Tai Hopkins was credited with the win, tossing ⅓ of a scoreless frame. Alex Vahey also tossed 2 ⅓ innings out of the pen, allowing one run without a hit, walking three, and striking out three.

Alex Leehan took the loss for GM, allowing seven runs (six earned) on two hits and six walks. Matt Leehan was 2-for-4 with an RBI for the Lancers.

Caden Toscano hit a solo home run in the seventh and was one of several Orioles’ to have a big day at the plate. Mike Shields was 3-for-3 with a double, RBI and two runs, while Travis Knupp was 2-for-5 with two RBIs and two runs.

Collin May was 3-for-4 with two runs, Ethan Burroughs 2-for-4 with a home run and two RBIs and Reilly Brown 3-for-3 with three RBIs.

Isaac Clayton went two innings in relief and got the win for Rocky Grove. He struck out a pair.

CORRY, Pa. – Sam Crowely, Chris Juchno, and Dan Snyder all went deep for McDowell as they earned a 14-0, 5-inning win over Corry.

The Trojans scored in every inning but the second.

Abby Tingley went 4-for-4 with five RBIs and also had a 3-inning no-hitter with nine strikeouts.

LAWRENCE PARK, Pa. – Harbor Creek scored all 18 of its runs in the second inning en route to an 18-1 win over Iroquois.

Mikotowicz led the way with four RBIs, while Mosbacher drove in three and Vogt and Manning two each.

May 3, 2021 D9/D10 Baseball/Softball Scores Powered by the BHL Sportsperson of the Year Award
Keystone Track and Field Sweeps A-C Valley
We use cookies on our website to give you the most relevant experience by remembering your preferences and repeat visits. By clicking “Accept All”, you consent to the use of ALL the cookies. However, you may visit "Cookie Settings" to provide a controlled consent.
Cookie SettingsAccept All
Manage consent