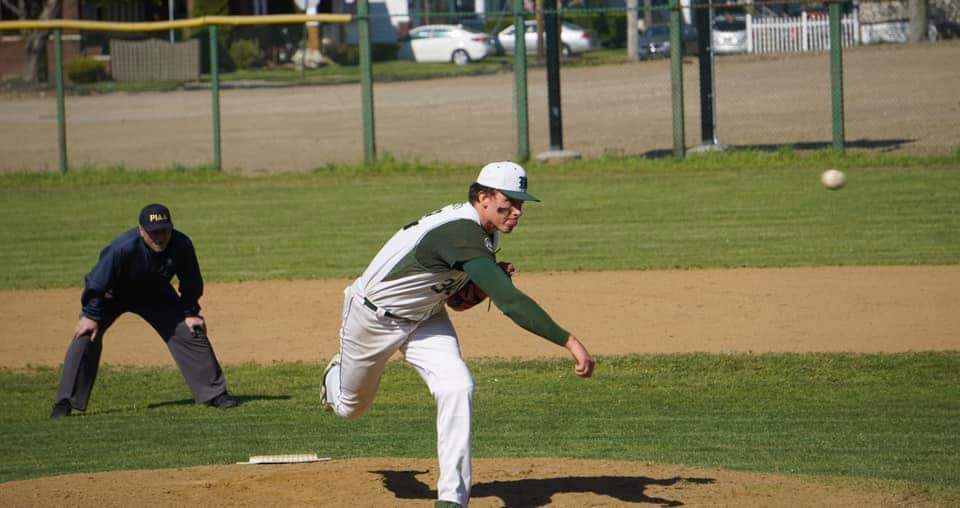 ERIE, Pa. – Mercyhurst Prep scored two runs each in the first and second innings on its way to a 4-2 D10 Class 3A quarterfinal win over Greenville.

Hayden Zaffino and Jake Merando drove in a run each for the Lakers, who also took advantage of a couple of Trojan miscues.

Connor Fitzgerald pitched into the seventh inning for Mercyhurst. He allowed both of his runs in the seventh inning. He gave up four hits, walked one and struck out eight. Hayden Zaffino came on for the final two outs to earn the save.

The top-seed Lakers advance to play Fairview on Thursday.

ERIE, Pa. – No. 4 seed Fairview jumped out to a 6-0 lead and held off Titusville 6-3 in Class 3A quarterfinal action.

The Tigers scored single runs in the first and second innings and put up two each in the fourth and fifth.

Aiden Rubilotta, Preston King, and Antony Soltis all drove in runs for the Tigers.

Sean Houston tossed five dominant innings on the mound for Fairview. He allowed just one hit and one walk, striking out seven. Logan Fiolek and Soltis finished things up out of the pen.

Titusville scored three runs in the sixth inning, thanks to an RBI single from Michael Cantor and a 2-run double from Ashton Burleigh.

With the win, Hickory advances to play No. 3 seed Franklin in the semifinals.

NEW CASTLE, Pa. – HIckory built a 5-0 lead on its way to a 7-3 victory over North East in the Class 3A quarterfinals.

The No. 2 seed Hornets got a strong outing on the mound from Nick Osborne, who went six innings, allowing three runs on six hits. He struck out nine and walked one.

Luca Bertolasio belted a solo home run, while Clay Wiesen was 2-for-3 with an RBI, Johnny Leedham 3-for-3 and Matt Jordan 2-for-3 with two RBIs.

Joey Fazzone tossed a scoreless inning of relief for the Hornets.

Aden Bulger took the loss for North East, allowing 10 hits and seven runs in 5 ⅔ innings. He struck out four and walked two.

Anthony Rizzo went 1-for-3 with two RBIs for North East, while Michael Carlo was 2-for-3 with an RBI.

The Hornets advance to play No. 3 seed Franklin in the semifinals on Thursday.

NEW CASTLE, Pa. – Wilmington scored nine times in the first inning en route to a 10-3 win over Lakeview in the Class 2A quarterfinals.

Jaret Boyer had two hits in the inning, including a double, driving in a total of four runs. Dom Serafino collected three hits and Shane Book, Garrett Heller, Isaac Schleich and Cole McCallister all had RBIs in the inning.

Boyer went five strong on the mound, striking out 10 and allowing just three hits and two runs without issuing a walk.

The Greyhounds collected 12 hits. Boyer had four for the game, while Serafino scored a pair of runs and Heller finished with two RBIs.

Ted Shillito took the loss for Lakeview, allowing three runs in two innings on two hits and four walks. He struck out two.

Isaac DeVault was 1-for-4 with a pair of RBIs.

With the win, the No. 3 seed Greyhounds advance to play No. 2 seed Cambridge Springs on Thursday in the semifinals.

May 24, 2021 D9/D10 Baseball/Softball Scores Powered by the BHL Sportsperson of the Year Award
May 24 D10 Softball Playoff Recaps: Union City Takes Care Of Business; Genest, Seneca Topple Northwestern
We use cookies on our website to give you the most relevant experience by remembering your preferences and repeat visits. By clicking “Accept All”, you consent to the use of ALL the cookies. However, you may visit "Cookie Settings" to provide a controlled consent.
Cookie SettingsAccept All
Manage consent