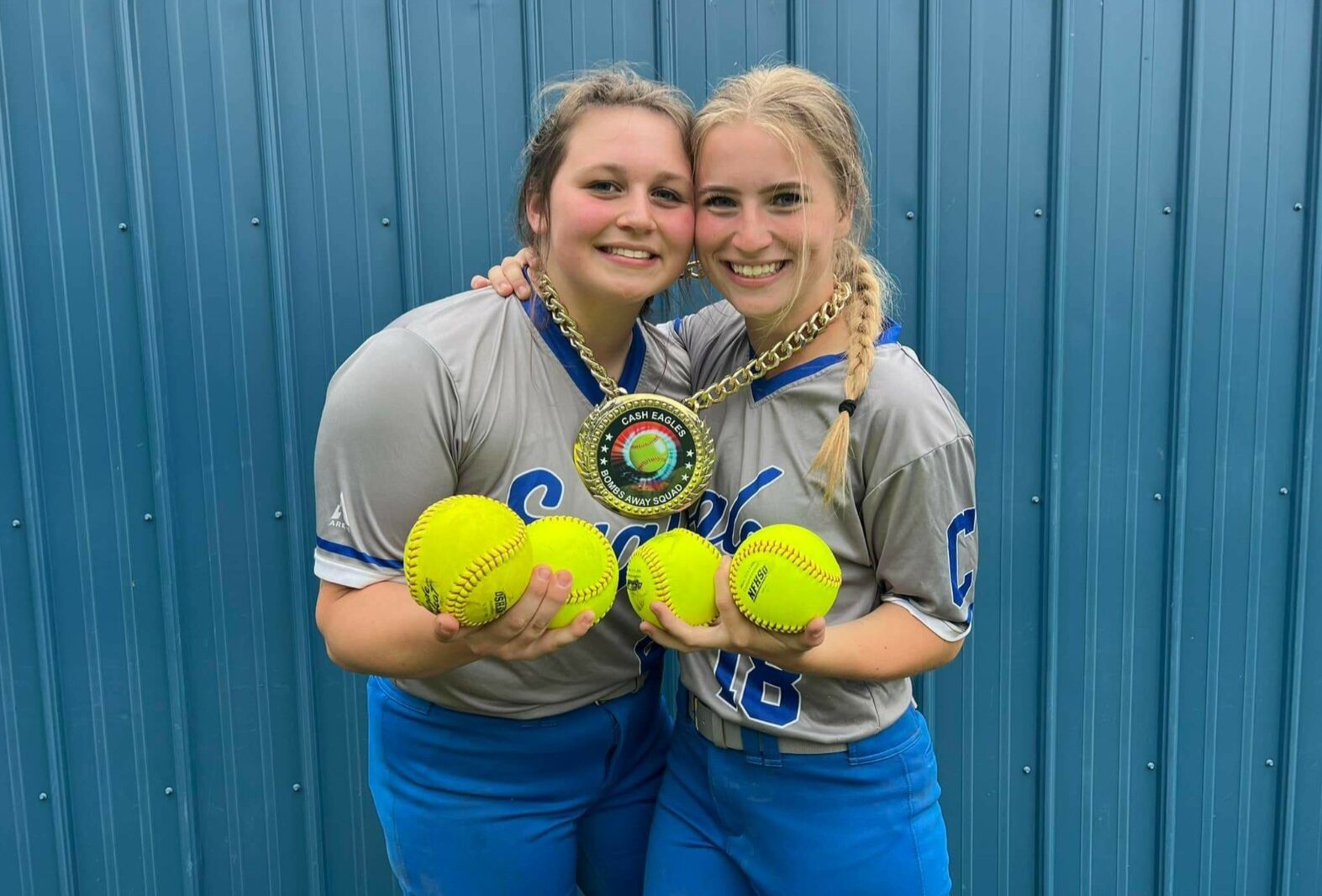 WATERFORD, Pa. – Home runs were two for the price of one for Conneaut against Fort LeBoeuf, as Linda Shepard and Brooke Wise belted two dingers each in the Eagles’ 11-6 win.

It was a game that which Conneaut trailed 4-1 after two innings and 6-3 going into the sixth, before tying the game in the sixth and scoring five runs in the seventh.

Shepard hit her home runs in those sixth and seventh innings, while Wise homered in the second and fourth innings.

Shepard finished 2-for-4 with five RBIs, while Wise was 3-for-4 with three RBIs and three runs. In addition, Lanie Harrington and Eliza Harrington had an RBI each for the Eagles.

Shepard got the win, tossing three hitless innings with one strikeout and two walks.

The duo went back-to-back to lead things off in the bottom of the first for the Blue Devils, with Palko belting a two-run shot in the fifth that, coupled with Haley White’s RBI single, gave the Blue Devils a 5-1 lead.

Franklin rallied to within one, scoring three runs in the sixth, as Brandy Atwell hit a sac fly and Rylee Hanna also had an RBI.

Hanley was able to stop the damage there, however, to get the win. She allowed four runs on four hits, striking out four and walking three.

Sydni Hoobler added a pair of hits for Franklin.

WEST MIDDLESEX, Pa. – Mackenzie Herman fired a one-hitter and Reynolds scored in every inning in an 11-0, five-inning victory over West Middlesex.

CONNEAUT, OHIO – Maisy Post went 2-for-2 with a home run and four RBIs as North East also took advantage of 12 walks in a 20-7, six-inning win over Conneaut (Ohio).

Delaney Prather was 3-for5 with three RBIs and three runs for the Pickers, while Julianna Coletta, Elizabeth Svetz, and Amelia Svetz had two RBIs each.

Prather got the win, allowing seven runs in six innings, scattering 12 hits, and striking out eight.

STONEBORO, Pa. – Trailing 12-11, Ava Jenkins hit a two-run double in the sixth inning for Lakeview to propel them to a 13-12 win over Grove City.

It was a game in which Lakeview led 5-1 after two innings, with Grove City taking the lead with an eight-run third.

Each team scored in every inning but one.

Cox got the win, striking out eight and allowing 15 hits.

Courtney Saylor, Logan Jones, and Rylie Eaton all had big days at the plate for Grove City. Saylor was 4-for-4 with four RBIs and two runs, while Eaton had two hits, including a solo home run, and Jones was 1-for-4 with three RBIs.

Jones suffered the loss, allowing 11 hits and striking out eight.

Rachel Holmes got the win, allowing four hits and striking out two.

MEADVILLE, Pa. – Katie Say drove in four runs and Ava Phillips was 4-for-4 with four runs and two RBIs as Meadville earned a 15-5, five-inning win over Mercer.

The Bulldogs scored in every inning but one, including six in the fifth.

Say belted a home run and Lexi Carr was 3-for-4 with three runs.

Say got the win, striking out 12 and walking 10 in five innings of work.

Alex Schuster was 3-for-4 with two runs and an RBI for Mercer.

May 18, 2022 D10 Baseball: Fazzone, Hickory Win Thriller over Sharpsville; Wilmington Plays Long in Victory; Monster Seventh Inning Powers Cochranton
May 18, 2022 D9 BB: Cranberry’s Lavrich Homers for Twice For 2nd time this Season; Clearfield Walks Off Cville; Moniteau Claims KSAC Title
This website or its third-party tools process personal data.In case of sale of your personal information, you may opt out by using the link Do not sell my personal information.
×
Manage consent