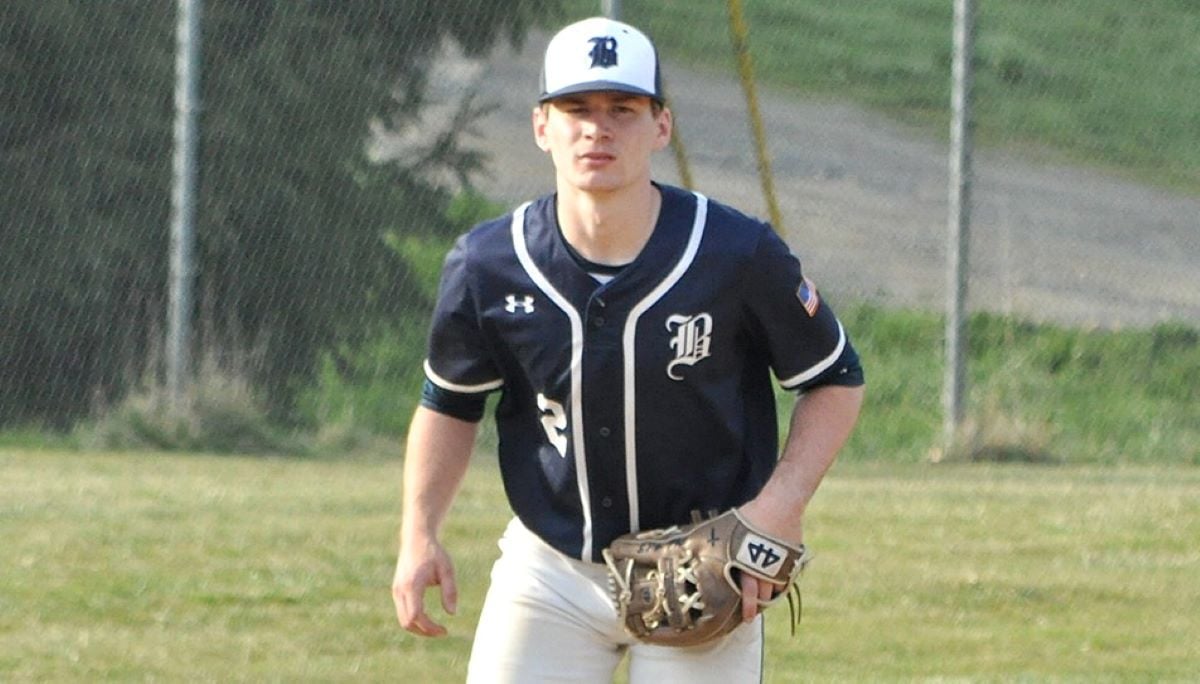 BROCKWAY, Pa. – Jamison Rhoades fired a complete-game three-hitter to pace Brookville in a 6-0 win over Brockway.

Rhoades allowed just three singles while striking out eight and walking one, throwing 59 of his 86 pitches for strikes.

Offensively, the Raiders scored all of their runs in the fourth inning. Griffin Ruhlman got things going with an RBI double. Hunter Geer reached on an error, driving in another run, followed by an RBI groundout from Carson Weaver, a sacrifice fly from Carter Kessler, and a two-run double from Hunter Roney

CURWENSVILLE, Pa. – Curwensville earned a doubleheader sweep over Harmony, winning 15-5 in five innings in Game 1 and 11-7 in Game 2.

The Golden Tide scored nine runs in the first inning en route to the 15-5 5-inning win. Shane Sunderlin led the charge, going 3-for-4 with a double, four RBIs, and two runs.

In the second game, Mullins and Sunderlin combined for 11 hits, as the Golden Tide built an 11-4 advantage. Mullins was 4-for-4 with four runs, while Sunderlin was 3-for-3 with two RBIs.

The Golden Tide once again had 13 hits, as Hoover also collected a pair while driving in a run.

PUNXSUTAWNEY, Pa. – Punxsutawney scored a pair of runs in the bottom of the sixth, rallying from an 8-7 deficit for a 9-8 win over Williamsport, their seventh win in a row.

Zeke Bennett got the inning started with a solo home run, and Peyton Hetrick’s two-out RBI double brought in Owen Wood, who singled, for what proved to be the game-winning run.

Punxsutawney led 7-3, only to watch as Williamsport scored five runs in the top of the sixth to take an 8-7 lead.

Hetrick and Bennett drove in three runs apiece for the Chucks, while Josh Tyger was 0-for-2 with a pair of RBIs.

For Williamsport, Owen Berry and Deacon Brown had two RBIs each.

Metcalfe struck out 11 and issued just two walks, throwing 66 of his 97 pitches for strikes.

The Gremlins struck for four runs in the first inning, with Mike Neff getting it going with an RBI single, followed by a two-run single from Tyler Hutchison and a sacrifice fly from Jacob Jones.

Hutchison and Jones finished with two RBIs each for Karns City, while Braden Grossman, Neff, and Hutchison all had two hits apiece.

Bailey Crissman took the loss for A-C Valley/Union, allowing four runs in ⅓ of an inning.

May 17 baseball and softball scores

BRADFORD, Pa. – Bradford scored four runs in the third inning on its way to a 6-3 win over Oswayo Valley.

The Owls scored their runs in the fourth on a balk, an Elijah Fitton sacrifice fly, a Cam Austin RBI double, and a Nolan Roulo RBI groundout.

Matt Miller and Mike Greenberg had two hits each for the Owls.

Ryan Ward got the win, allowing one unearned run in three innings on two hits, striking out four, and walking one.

Cayden Black was 2-for-3 with a double and an RBI for Oswayo Valley, while Bilski and Alek Harmon also had RBIs.

SMETHPORT, Pa. – Smethport scored 11 runs in the second and third innings on its way to a 13-3, five-inning win over Cameron County.

Seven different Hubbers had one hit, while Alex Ognen set the tone atop the lineup, going 3-for-4 with two doubles, two RBIs, and three runs. Travis Cooney had a double and two RBIs for Smethport, while Preston Alfieri and Tristen Taylor also had two RBIs each.

Cole Szuba was credited with the win, allowing two unearned runs in three innings, scattering four hits, striking out one, and walking two.

Treyton Tucker was 2-for-3 with a double and an RBI for Cameron County, while Maddox Baughman was 3-for-3 and Jesop Farabaugh 2-for-4 with an RBI.

NEW BETHLEHEM, Pa. – Redbank Valley scored 11 runs over the first three innings on its way to a 15-5, five-inning win over Moniteau.

Minich allowed just one hit, striking out 12 and issuing four free passes, throwing 64 of his 100 pitches for strikes.

The Terrors scored single runs in the first, second, fourth, and sixth innings. Max Splain was 2-for-4 with two RBIs, while Austin Cousins and Wade Daniels also had an RBI each.

BOLIVAR, N.Y. – Bolivar-Richburg scored 10 runs in the third and fourth innings en route to a 14-4, five-inning win over Port Allegany.

Camdyn MacDonnell was 2-for-2 with a double, two RBIs, and two runs for B-R.

Blaine Moses was 2-for-3 with a double and two RBIs for the Gators.

TIONESTA, Pa. – Cranberry scored six runs in the first inning and nine in the third on its way to a 16-1, three-inning win over Cranberry.

Nate Bell picked up the win.