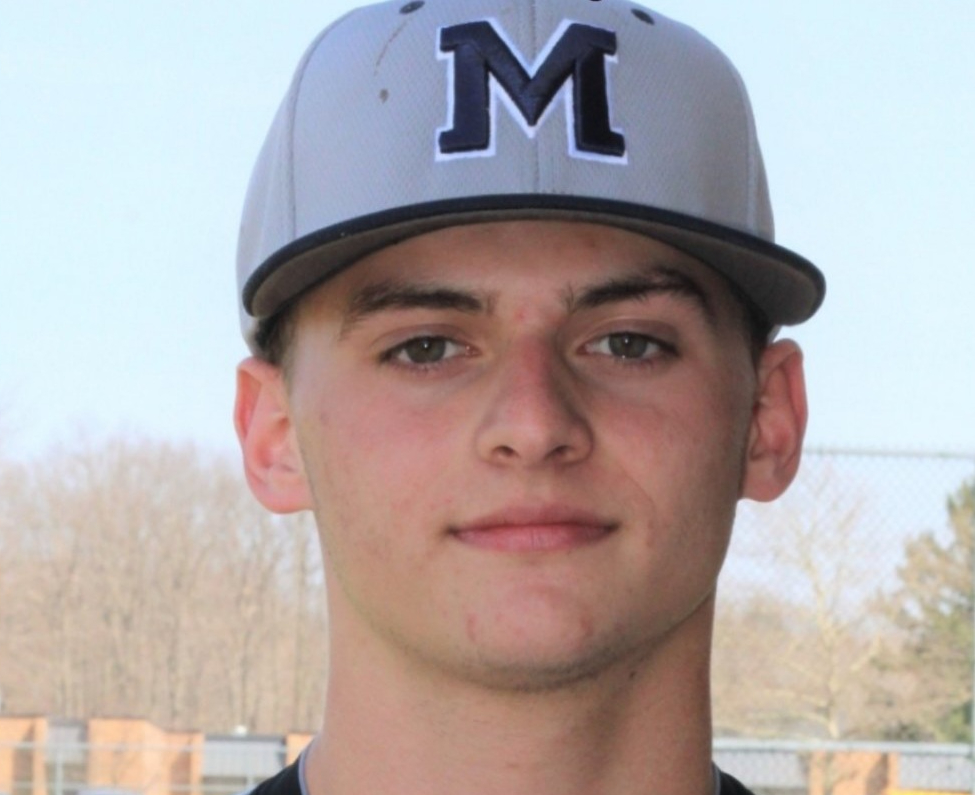 Snyder shut down a potent Huskie lineup, striking out 10 and allowing three walks. He threw 59 of 92 pitches for strikes.

The Trojans plated a pair of runs in the first inning and four more in the sixth to break the game open. A Jackson Hower solo home run got the Trojans on the board, which was followed by an RBI groundout off the bat of Matt Demski.

In the bottom of the sixth, the Trojans turned a triple play, with Hower tracking a ball down in the outfield with runners on first and second who were off on the crack of the bat from Cody Smith.

Demski plated another run in the sixth on an RBI single, while Luke Natemier had a 2-run knock, and an error brought in the sixth run.

Cody Smith took the loss for Harbor Creek, he allowed six hits and five runs in 5 ⅓ innings. He struck out eight and walked two.

Cam Miller was 2-for-2 with a double at the plate for HC.

ERIE, Pa. – Hayden Zaffino was brilliant on the mound and also had a first-inning RBI in a 2-1 win over North East.

The game ended in dramatic fashion, with one run scoring on Andrew Aspden’s double for North East, but the relay was in time to nab Owen Kemp, who would have tied the game.

Zaffino threw a complete-game 4-hitter, striking out 12 and issuing just two walks. He threw 64 of his 96 pitches for strikes.

His RBI came via a bases-loaded walk, while Luke Manendo had an RBI single in the second.

Aden Bulger was the tough-luck loser, allowing just one earned run in six innings. He gave up five hits, walked three, and struck out five.

Zach Danias was 2-for-2 with a run for North East.

GREENVILLE, Pa. – Griffin Richardson scampered home on a passed ball in the bottom of the 10th inning to send Greenville to a 4-3 extra-inning win over Sharon.

Greenville trailed 3-1 going to the seventh but scored a pair of runs on a passed ball and an error to send the game to extras.

Cole Voytik took the loss, allowing the one run in 3 ⅓ innings on just one hit. He struck out six. He came on in relief of Mikey Rodriques, who allowed three runs (two earned) in 6 ⅓ innings. He struck out 11 and gave up six hits.

Bryce Stubert had the lone RBI for the Trojans.

Jason Stanek was 4-for-5 with a double and an RBI for Sharon, while Mark Cattron was 3-for-5.

ERIE, Pa. – Cathedral Prep scored five runs in the fifth inning to pull away from Warren in a 10-2 victory.

Jack Malec started and got the win, going four innings and allowing six hits and one unearned run. He struck out seven and walked four. Luke Costello gave up just one earned run in three innings on two hits, striking out three.

Reece Colvin and Cole Constable had RBI singles in the big fifth inning, while Malec hit a sacrifice fly and Jackson Mattocks delivered the final blow with a 2-run double.

Micah Passmore finished 2-for-3 with an RBI for the Dragons, while Ben Sowa was 2-for-4 with an RBI and Blum 2-for-4.

The Sailors had 4-run innings in the first and seventh and three in the sixth.

Hostetler was 2-for-3 with two runs, while Shillito had two hits as well. Anthony Grim scored three runs for the Sailors as well.

Shillito got the win, allowing five runs (four earned) in five innings. He struck out nine and allowed six hits.

Cameron Keyser allowed four runs in ⅓ of an inning for Jamestown, taking the loss.

Seth Taylor was 2-for-3 with a triple and five RBIs for the Muskies, while Connor Doebereiner was 2-for-4 with two runs and two RBIs.

WATERFORD, Pa. – Alex Leehan tossed a complete game 4-hitter and General McLane’s offense was locked in during an 11-0 win over Fort LeBoeuf.

The Lancers collected 14 hits, led by Clayton Boutte, who was 3-for-3 with a run. Matt Leehan was 2-for-3 with two doubles and two RBIs, while Ryan Fiscus also drove in a pair of runs.

Jamie Miller took the loss, allowing four runs in 1 ⅔ innings. He allowed five hits, struck out one, and walked one.

FRANKLIN, Pa. – Hunter Titus drove in three runs, one of five Titusville Rockets with multiple RBIs in a 14-2 win over Franklin.

The Rockets scored 13 of their 14 runs in the second, third and fourth innings.

Derek Beach, Michael Obert, Ashton Burleigh, and Kolin Baker all drove in two runs each, with Burleigh collecting three hits, including two doubles. Garrett Knapp was also 3-for-4 with an RBI and two runs.

Hunter Thomas got the win, allowing just one earned run in four innings on just one hit. He struck out four and walked five.

Carson Wible had the lone RBI for the Knights.

GROVE CITY, Pa. – Grove City scored seven runs in the third inning on its way to a 12-2 win over Oil City.

Isaac Criss drove in four runs for the Eagles on a pair of hits, including in the big third inning. John Hake, Coldan Barr and Mason Jones also had RBIs in the frame.

Landon Haggart went 2-for-3 with a triple and two runs for the Eagles, while Michael Brooks was 2-for-4 with two RBIs. Hake and Luke Tubbs also had two RBIs.

GUYS MILLS, Pa. – Brock Kania was 2-for-2 with a double and three RBIs and Walker Cunningham belted a 2-run home run in Cambridge Springs’ 11-1 win over Maplewood.

The Blue Devils scored three runs in the second inning, four in the third and three in the fifth.

Asa Henderson and Kania also drove in runs in the third, in addition to Cunningham’s homer.

Brady Jarinda was 2-for-3 and scored a pair of runs for the Blue Devils.

Mike McElhiney went four innings, allowing just one run while striking out five to get the win.

Christian Wieczorek was 2-for-3 with an RBI for the Bobcats, while Shaffer finished with three hits. Ben Reider also had an RBI single.

Isaac Hawley had both of Northwestern’s hits. Jarrod Glasl took the loss. He went the distance, allowing nine hits and three earned runs, striking out seven and walking one.

SLIPPERY ROCK, Pa. – Slippery Rock scored four runs in the third inning on its way to a 5-4 win over Conneaut.

Shane Thompson had a 2-run single in the inning, Ryan Montgomery an RBI double and Colin McCune an RBI single. McCune also had a sac fly in the second inning.

Conneaut scored a pair of runs in the fourth on RBIs from Andrew McKalip and Gavin White.

WEST MIDDLESEX, Pa. – West Middlesex scored two runs in both the third and fifth innings en route to a 5-1 win over Reynolds.

Richie Preston was brilliant on the mound, tossing a complete game 3-hitter. He struck out nine and didn’t issue a walk.

Garrett Donaldson was 3-for-4 with a double and two RBIs for the Rockets and Derrik Zappa 1-for-2 with two RBIs.

Patrick Belback was one of four Reynolds pitchers. He took the loss, allowing two runs in 2 ⅔ innings.

Hayden McLaughlin belted a solo home run for the Raiders.

NEW WILMINGTON, Pa. – Wilmington scored five runs in the fourth inning in an 8-2 victory over Mercer.

Jaret Boyer doubled, tripled, and drove in two runs in the victory.

Boyer went three innings, allowing one unearned run and striking out four. Schleich and Heller finished things off on the mound for the Greyhounds.

YOUNGSVILLE, Pa. – Rocky Grove scored eight runs in the first inning and six more in the fourth in a 20-4 win over Youngsville.

The Orioles took advantage of 12 Youngsville errors en route to the win.

Isaac Clayton was 3-for-4 with a triple two RBIs and four runs to lead the Orioles offensively. Caden Toscano was 3-for-3 with an RBI and two runs, while Braden Eyler also drove in a pair. Michael Shields and Travis Knapp both scored three runs.

Clayton was credited with the win.