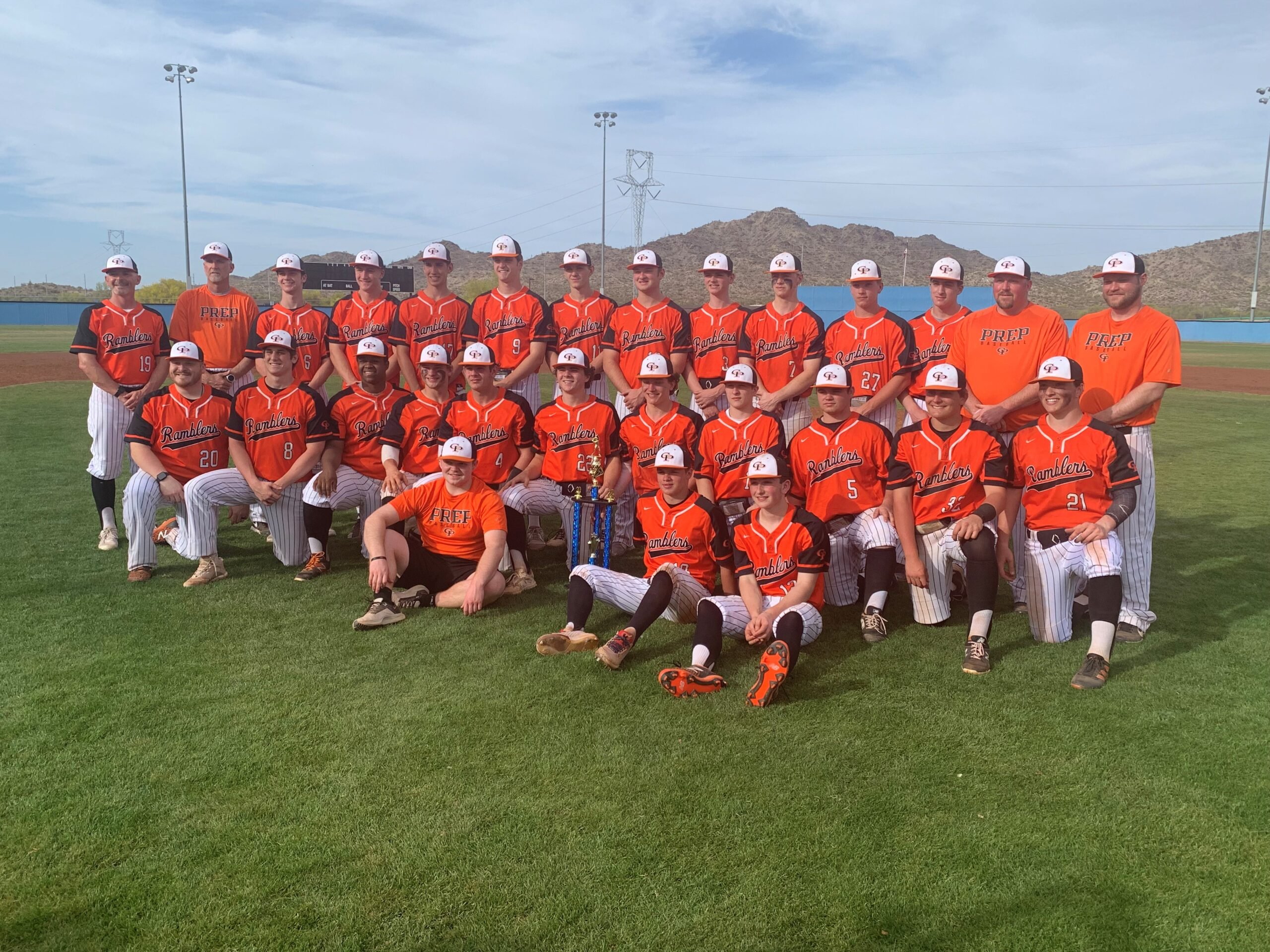 ERIE, Pa. – Cathedral Prep scored 10 runs in the third inning, securing the Region 5 title with a 13-0, five-inning victory over Corry.

Jason Fultz Jr. homered, going 2-for-3 with three RBIs and three runs for the Ramblers, while Andrew Malec was 3-for-3 and also drove in three runs.

Djakovich struck out five, walked three and threw 44 of his 77 pitches for strikes.

The Hornets scored three runs in the first, fifth and sixth innings. Djakovich and DJ Donatelli both had a hit and an RBI each.

Joe Michel and Lucas Allison drove in two runs each for the Rockets, who scored seven runs in the third inning. Nick Kingerski added a triple and an RBI, while Brett Galcik had a double and an RBI.

Collin Wilson had an RBI double for Greenville.

It was part of a big day for Bachman, who drove in three runs.

Ayden Ryhal went 4-for-5 with a solo home run and three runs for Mercer, while Julian Lawrence was 2-for-4 with two RBIs.

The Rockets scored four runs in both the first and third innings and three in the fourth.

Thomas got the win, allowing just one hit in four innings, striking out eight and walking two.

Jacob Woge, Brandon Snell and Noah Burk all drove in runs in the fourth inning for Maplewood, while Elliott Beuchat and Andrew Proper drew bases-loaded walks in the first inning to get the Tigers on the board.

Stuart Hochstetler was strong in getting the complete-game victory, scattering seven hits and allowing one earned run, striking out four and walking two.

Matt Bennett and Daithan Kent each had an RBI for Union City.

SHARPSVILLE, Pa. – Rocky Serafino’s RBI fielder’s choice in the top of the seventh lifted Wilmington to a big 4-3 win over Sharpsville.

Sharpsville scored a pair of runs in the fourth to take a 3-1 lead, but Wilmington tallied single runs in the fifth and sixth to tie the game.

Isaac Schleich got the complete-game win against a strong Sharpsville lineup, scattering seven hits and allowing one earned run, striking out one and walking three.

Dom Serafino and Garrett Heller drove in two runs each for Wilmington, with Heller also adding an RBI. Ben Miller was 1-for-3 with an RBI for the Greyhounds.

Brock Lenzi was 1-for-2 with an RBI for Sharpsville, while Jack Leipheimer was 2-for-3 with a run.

Leipheimer took the loss, allowing a run in a 1 ⅔ innings of work.

YOUNGSVILLE, Pa. – Youngsville scored three runs in the fourth inning, breaking a 3-3 tie in what was ultimately a 9-6 win over Iroquois, their ninth victory of the season.

In the fourth inning for the Eagles, Ian Mancuso had an RBI double, with Matt DeSimone bringing in a run on a single.DeSimone moved to third base and was able to swipe home to cap the scoring in the inning.

Nate Lucks got the win, going 5 ⅓ innings and allowing three runs (all unearned) on four hits, striking out seven and walking two.

James Johnson got the save, allowing an unearned run in the seventh while striking out the side.

Ben Burkhardt drove in a pair of runs for Iroquois.

ERIE – Reynolds took advantage of four errors on its way to a 3-2 win at Villa Maria.

Two of the three Raiders’ runs scored as a direct result of errors, while the third came in on a Rylee Gearhart RBI double after an error allowed the leadoff runner to reach base.

Gearhart finished with a pair of RBIs. Mackenzie Herman doubled and scored a run.

WEST MIDDLESEX, Pa. – Ava Gilmore pitched and helped hit West Middlesex to an 18-0 win over visiting Farrell in three innings.
Gilmore was perfect through three innings and struck out seven in the circle. She also tripled, drove in a run and scored three times at the plate.

Taylor Tomko and Alaina Bowers both tripled and had two RBIs. Emily Dick doubled and drove in a pair, and Kaylee Long had a pair of RBIs.

The Huskies took the lead thanks to a Rylee Vogt grand slam in the third, but the Bobcats scored three in the home half and tied it at 4-4 with a run in the fifth. Georgia Weber’s RBI double in the top of the sixth gave Harbor Creek a 5-4 advantage.

Alara Bem and Aubrey Hammill hit consecutive singles to start the Seneca sixth. One out later, Lauren Konkol connected on an RBI single to tie the game. With two outs, Sydney Marie-courtesy running for Konkol scored when Kendall Joint reached on an error.

After working the count full, Helen Genest ripped a 2-run triple to right to give the Bobcats an 8-5 lead.

Harbor Creek made it interesting in the seventh. Madison Mikotowicz hit a leadoff triple, and Maggie Konieczki walked to put a pair of runners on. Diane Akerly followed with a 2-run single to make it a 1-run game.

The Huskies put runners on the corners with two outs, but Konkol got Brooke Przybylski to ground out to end the game.

Konkol had two hits, including a 2-run homer, and three RBIs. She also got the win in the circle allowing seven earned runs, on 10 hits with two walks and four strikeouts.

Bem and Hammill each had two hits and scored a run. Genest had a hit and drove in two.

Vogt had two hits and four RBIs in the loss. Akerly had a hit and drove in a pair.

SHINGLEHOUSE, Pa. – Oswayo Valley scored nine runs in the second on its way to a 15-0, 3-inning win over visiting Youngsville.

Shayden Mesler had three hits and three RBIs. Charlotte Austin-Keech doubled, tripled, and drove in a pair. Layken Enty had two hits, including a double, and three RBIs.

MaKenzie Mesler got the win giving up two hits with a walk and two strikeouts in three scoreless innings.