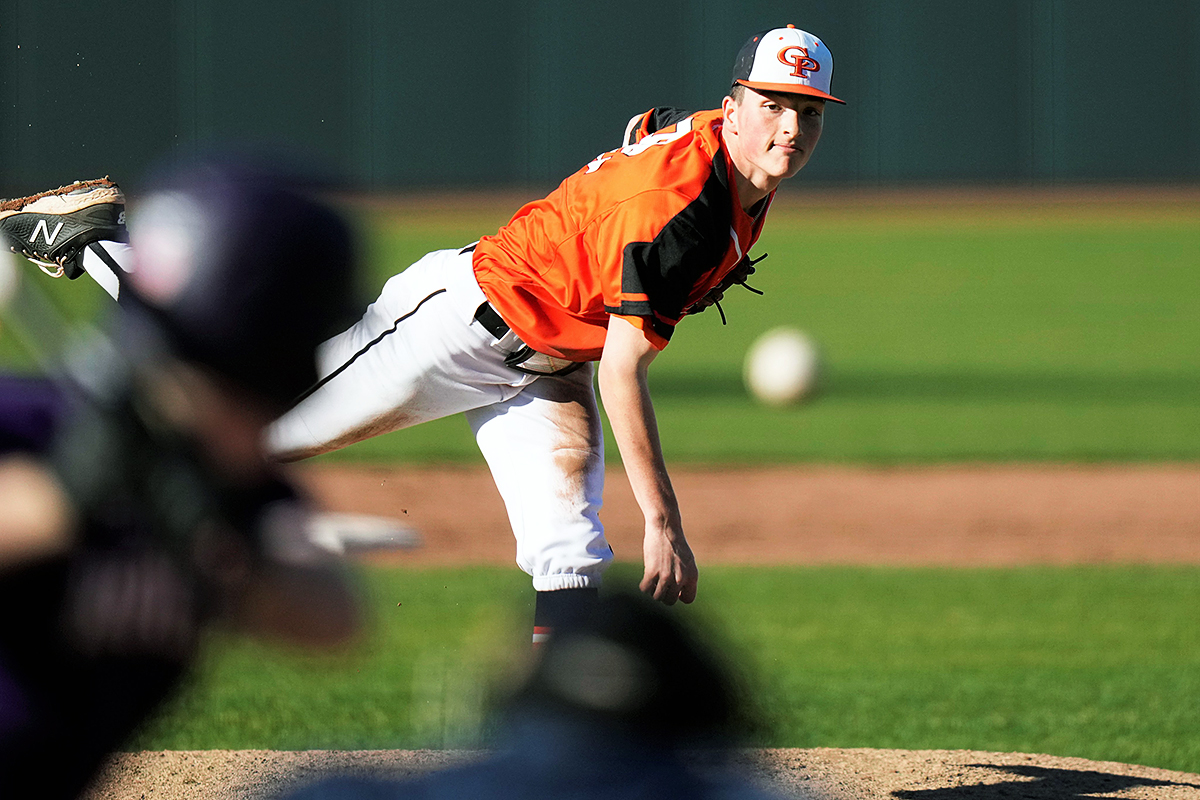 Brandon Perez doubled to start the inning. Anthony Rizzo followed with a walk, and, one out later, Courtwright singled in Perez to end the game.

The Grapepickers had to score two runs in the seventh just to send the game to extras. A 4-run fifth had given the Bison a 6-1 lead before North East clawed its way back in it.

Rizzo hit a leadoff single to start the seventh. One out later Courtwright singled and Tyler Wittman walked to load the bases. Rizzo scored on Owen Kemp’s sac fly to cut it to a 1-run game.

Andrew Aspden followed with a single to bring in Courtwright and tie the game at 7-7.

Fort LeBoeuf started the fifth with three straight singles and Ryan Welka cleared the bases with a double. A single and an error later in the inning pushed the lead to 6-1.

Courtwright paced the offense with three hits, including a triple, and four RBI. Perez, Aspden and Aden Bulger each had two hits.

Bulger picked up the win with three shutout innings of relief. He allowed just two hits, walked none and struck out six.

Welka and Ryan Daum each drove in two runs for the Bison.

The Ramblers trailed 1-0 heading to the bottom of the sixth. The win back a strong start from Jake Engel.

Reece Colvin was hit by a pitch to start the sixth, and moved to second on a sac bunt. One out later, Jack Malec’s single brought in Colvin to tie the game at 1-1.

Jake Cooper singled to start the seventh. Andrew Malec followed with his single and, when the ball was misplayed in the outfield, Cooper raced all the way home for the walk-off win.

The Lakers got their run in a similar fashion in the third. J Manendo hit a leadoff single, then with two outs, scored when H Zaffino reached on an error.

Kelly gave up just seven hits, all singles, and walked only one in the complete game win. The Huskies scored three runs in the first and two in the third as Kelly and the defense clamped down the rest of the way.

Casey Smith and Gio Barbato each doubled and drove in two runs to pace the Harbor Creek offense.

Ben Sowa took the loss as he allowed five runs, all earned, on five hits with seven walks and two strikeouts in six innings. JT Blum and Owen Blum each drove in a run for the Dragons.

The Sailors had taken a 3-0 through 4 ½ innings before the Raiders’ offense came alive in the home half of the fifth.

Reynolds drew four walks in the inning and had three hits, including an RBI double from Nolan Reichard to take the lead for good. The Raiders tacked on two more runs in the sixth for the final tally.

Reichard finished with three hits, two of them doubles, and an RBI. Nathen McDowell and Noah Geiwitz each had two hits. Geiwitz scored twice and McDowell drove in a pair.

Isaac DeVault and Jackson Gadsby had two hits each for Lakeview.

ROCKY GROVE 8, EISENHOWER 7
FRANKLIN, Pa. – Rocky Grove held off a late Eisenhower charge to come away with an 8-7 win.

The Orioles and Knights had traded the lead throughout the game before Rocky Grove grabbed it for good in the fifth.

Rocky Grove took an 8-5 lead into the seventh. A pair of walks and a single had the tying run aboard with one out. With Teagan Gray at the plate, Dillon Benson scored on a passed ball. Gray drew a walk to reload the bases and Zach Rohlin followed with a sac fly to cut the lead to 8-7. Reece Henderson got Kael Hunt swinging to end the threat

Michael Shields had two hits and four RBI in the win. Isaac Clayton, Caden Toscano and Henderson each scored twice.

CORRY 9, NORTHWESTERN 3
CORRY, Pa. – The bottom of the Corry lineup did most of the damage as the Beavers tripled up Northwestern, 9-3.

Brock Thompson and Zack Martin each had three hits. Thompson drove in three, while Martin had a pair of RBI. John Albers had two hits and two RBI and Max Rimdzius had two hits.

Nate Lesher picked up the win. He gave up two runs, one earned, on four hits with two walks and five strikeouts in five innings.

May 15, 2021 D9 Baseball: Allegretto, Jburg Walk Off With Elk Co. To. Title; Cameron Co. Gets First Win, O-E Tops Smethport
May 15, 2021 D10 Softball: Warren Sweeps DH with LeBoeuf; Vogt Drives in Six for Harbor Creek; Reynolds Wins a Pair
We use cookies on our website to give you the most relevant experience by remembering your preferences and repeat visits. By clicking “Accept All”, you consent to the use of ALL the cookies. However, you may visit "Cookie Settings" to provide a controlled consent.
Cookie SettingsAccept All
Manage consent