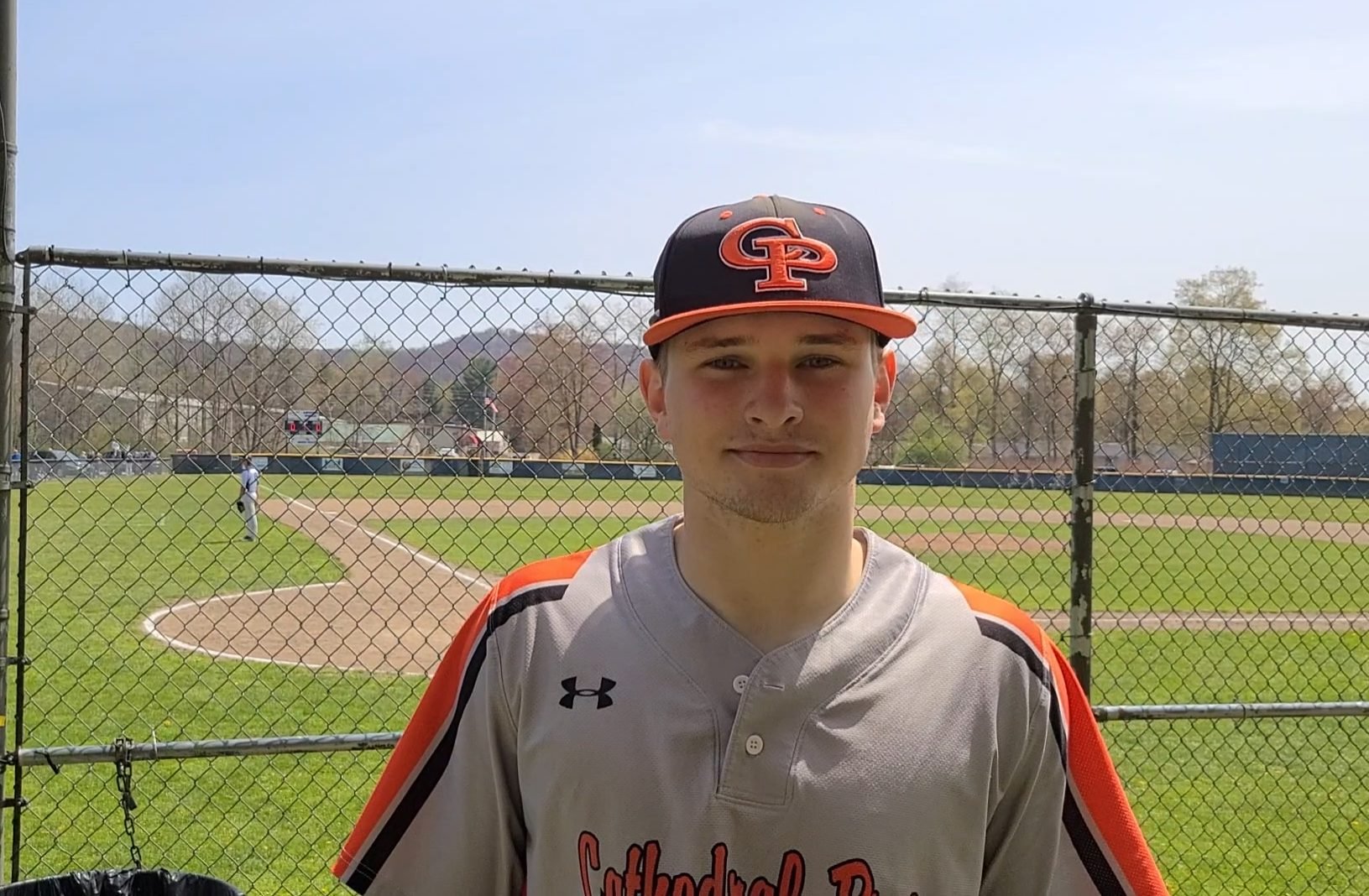 WATERFORD, Pa. – McDowell put up a pair of double-digit innings, scoring 11 runs in the first inning and 10 more in the third in a 23-1, 3-inning triumph over Fort LeBoeuf.

The Trojans had 18 hits, 16 singles, and a pair of doubles by CJ Dehaas and Spencer Dietz. Dietz, Izaak Ogrodowczyk, and Connor Cross had three RBIs each, while Sam Dietz, Curtis King, Jake Hower, and Ian Chylinski all drove in two each.

A total of 13 McDowell players had at least one hit, with Josh Samluk leading the way with three.

ERIE, Pa. – Cathedral Prep scored a combined 15 runs in the second and third innings en route to a 16-1, four-inning win over General McLane.

Maddox Stadler and Tai Hopkins drove in three runs each, with Stadler going 3-for-4 with a pair of runs scored and Hopkins 2-for-3.

In addition for the Ramblers offensively, Patrick Sullivan was 1-for-1 with an RBI, two walks, and three runs, while Jackson Mattocks was 2-for-2 with an RBI and a run, and Jake Slater was 1-for-2 with two runs and an RBI.

Hopkins got the win, allowing one unearned run in three innings on one hit, striking out three, and walking one. Stadler also tossed a scoreless inning.

Dylan Sheeder was 1-for-1 with a walk and a run for GM.

ERIE, Pa. – Drew Huntley and Tyler Gilmore drove in two runs each as Girard earned an 8-3 win over General McLane.

The Yellow Jackets scored a combined five runs in the fourth and fifth innings en route to the win. Huntley finished 2-for-3 with two RBIs and two runs, while Gilmore was 1-for-3 and two RBIs, and Austin Shady was 3-for-4 with an RBI.

For GM, Dylan Sheeder was 3-for-3 with two runs, while Ryan Fiscus was 1-for-4 with two RBIs.

RUSSELL, Pa. – Hunter Alderson’s RBI groundout in the sixth inning proved to be the difference in Iroquois’ 3-2 win over Eisenhower.

Ben Burkhardt’s RBI groundout in the first inning put Iroquois on the board, with Eisenhower striking for both of its runs in the bottom of the frame, courtesy of Derek Childs and Johnny Palmieri, who drew back-to-back bases-loaded walks with two outs.

Brok English was 3-for-3 at the plate for Eisenhower, while Shawn Pascuzzi was 2-for-3.

CONNEAUT, OHIO – Conneaut (Ohio) built a 6-1 lead after two innings on its way to an 8-5 triumph over Lakeview.

Zack Rice was 4-for-4 with two runs scored for Conneaut, while Alex Kennedy was 3-for-3 with three RBIs and two runs, while Bryce Spurlin was 2-for-3 with two RBIs and three runs.

Chase Hostetler and Owen Dye had an RBI each for Lakeview.

FRANKLIN, Pa. – Reynolds made a big statement against Franklin, knocking off the previously unbeaten Knights, 13-4.

Chloe McLaughlin had a big hand in helping the Raiders improve to 12-2, going 2-for-4 with a home run, four RBIs, and two runs.

Herman got the complete-game win, scattering seven hits, striking out 11, and walking four.

For Franklin, Brandy Atwell was 3-for-3 with a triple and two RBIs, while Rylee Hanna was 2-for-4.

GUYS MILLS, Pa. – Mikaila Obenrader belted a 2-run home run in the sixth inning, breaking a 1-1 tie and lifting Saegertown to a 3-1 win over Maplewood.

It was part of another big day for Obenrader, who struck out 16 and allowed just two hits in her complete-game victory.

Both teams struck for runs in the fourth inning, as Hailee Gregor had an RBI triple for Saegertown and Madi Eimer an RBI double for Maplewood.

May 14, 2022 D9/D10 Baseball/Softball Scores Powered by the BHL Sportsperson of the Year Award
May 14, 2022 D9 Softball: DuBois Powers Past DCC in City Classic; Hipps Has Monster Day as Clearfield Tops P-O
This website or its third-party tools process personal data.In case of sale of your personal information, you may opt out by using the link Do not sell my personal information.
×
Manage consent