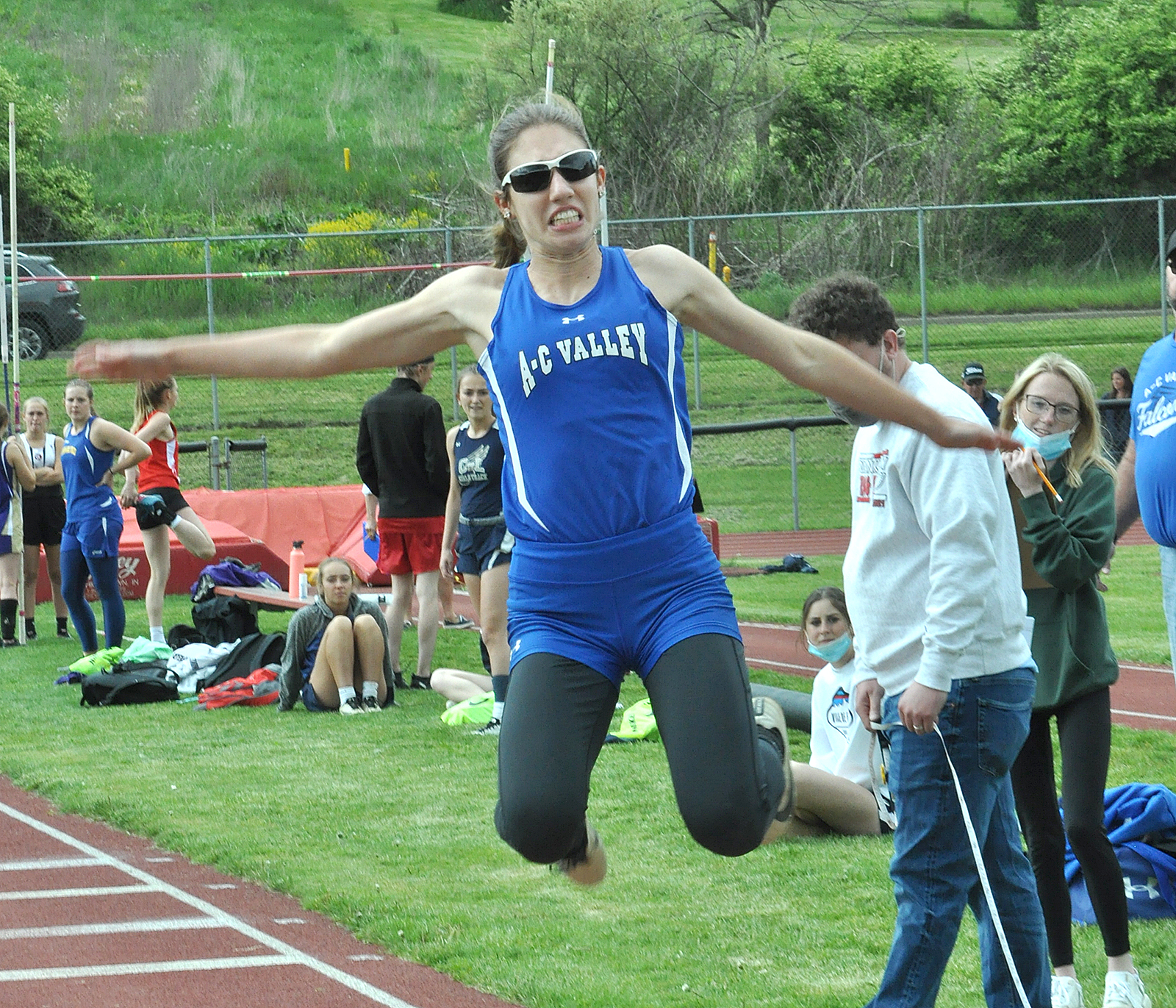 On the girls’ side, Brookville led the way with three champions, while C-L, A-C Valley, North Clarion, Redbank Valley, Karns City, and Cranberry each had two winners.

Redbank Valley’s wins came in the pole vault from Claire Henry (9-3) and in the discus from Brooklyn Edmonds (98-08).

Keystone and Karns City both had two titles with Kaden Scherer winning the 400-meter dash (51.54) and Nathan Waltman the shot put (51-7) for Karns City.

Waltman talked about winning the event

Watch Brookville cross the line to win the 4×800 relay

The Eagle senior won four events – the triple jump, high jump, discus, and javelin, narrowly missing a 6-7 mark in the high jump that would have broken the meet record.

May 13, 2021 D9 Softball: Jones Leads Jburg Past ECC; Forest Area Scores Six With Two Outs in Seventh to Rally Past Union
D9and10Sports to Broadcast Karns City at C-L Baseball Friday Powered by BHL Sportsperson of the Year Award
We use cookies on our website to give you the most relevant experience by remembering your preferences and repeat visits. By clicking “Accept All”, you consent to the use of ALL the cookies. However, you may visit "Cookie Settings" to provide a controlled consent.
Cookie SettingsAccept All
Manage consent