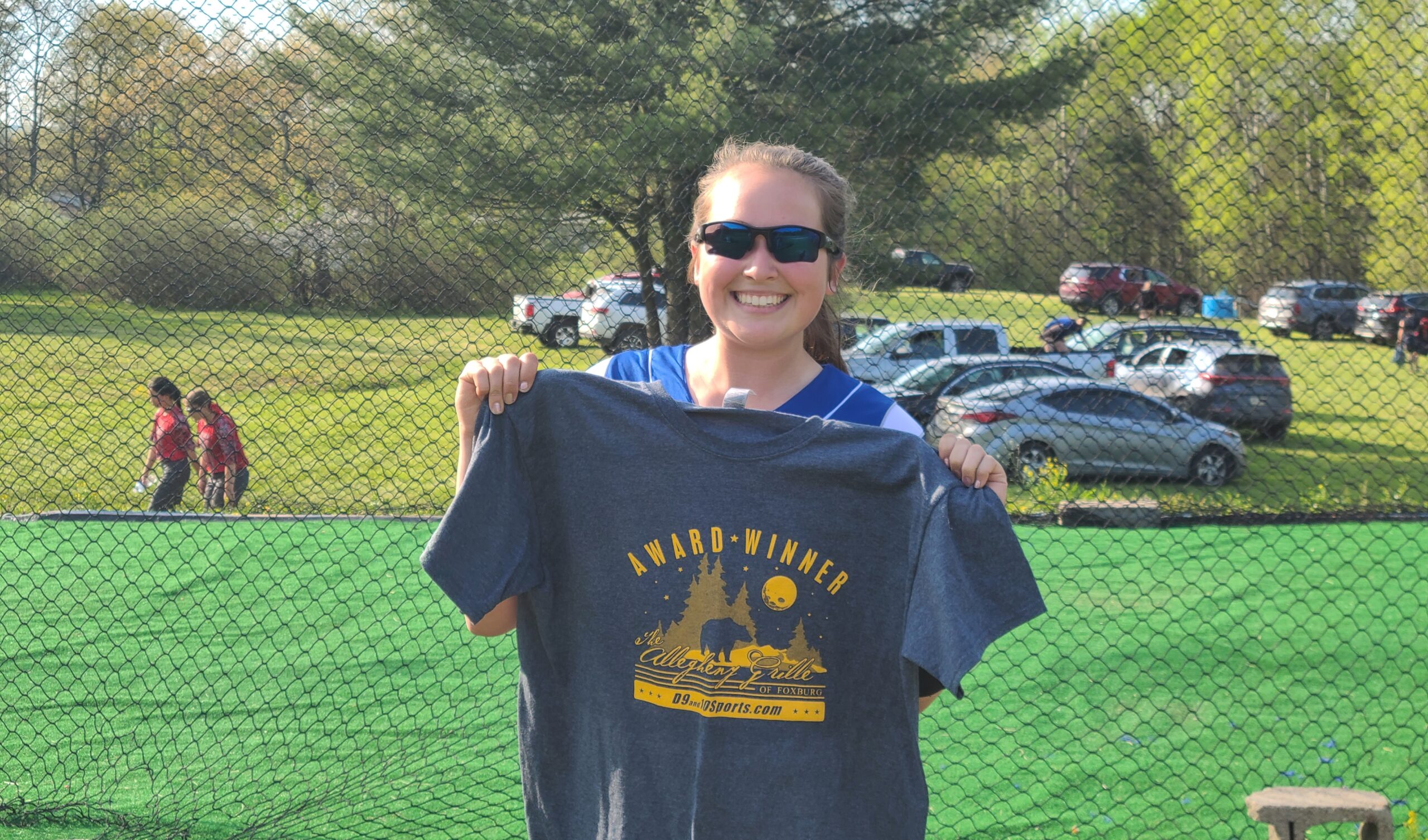 CAMBRIDGE SPRINGS, Pa. – Morgan Harris’ 3-run double in the first inning backed a brilliant performance in the circle from Hailee Rodgers as Cambridge Springs earned a 4-1 win over Cochranton.

With the win, Cambridge Springs earned a split of the regular-season series with their Region 2 rival.

Cochranton struck in the top of the third to make it 3-1 on Chloa Lippert’s RBI double that brought in Carly Richter, but Cambridge Springs got the run right back on Rodgers’ RBI groundout in the bottom half of the inning.

Cochranton threatened in the sixth, loading the bases with one out, but Rodgers responded by getting a strikeout and lineout to get out of the jam unscathed.

Rodgers finished with a trio of strikeouts and allowed just four hits. Her performance earned her Allegheny Grille of Foxburg Player of the Game honors. She talked about the win afterward:

Taytum Jackson settled in after the first inning for Cochranton, finishing the game with three straight scoreless innings. She also struck out three.

Wagner struck out eight and didn’t issue a walk.

Haley Dever and Annabella Cippala had two hits apiece for Villa, with one of Dever’s hits a triple.

FRANKLIN, Pa. – Brandy Atwell led five Franklin players with multiple hits with three and Gabriella Wimer and Sydni Hoobler drove in a pair of runs each as Franklin stayed perfect with a 10-1 win over Grove City.

Trinity Edge had another dominant outing in the circle, striking out 12 and allowing just five hits and one walk.

The Knights pulled away with five runs in the fifth inning.

Logan Jones went 2-for-4 with an RBI for Grove City. Jones also took the loss. Only four of her 10 runs allowed were earned.

Shrock struck out nine and didn’t issue a walk, throwing 66 of her 94 pitches for strikes.

The lone run of the game came in the third inning, as Lanie Harrington’s line drive resulted in an error, allowing Julianna Jacobs to cross the plate.

Baile Cannon took the loss, allowing just two hits herself, striking out 11 and walking one.

Madison Mikotowicz had two RBIs for the Huskies, while Regan Rand, Rylee Vogt, Baileight Bleli, Brooke Przybylski, and Catherine Burkett drove in one run each.

Ava Houy had an RBI single in the second inning for Hickory and Kendra Koerth swiped home in the fifth.

SLIPPERY ROCK, Pa. – Sam Meredith was 3-for-4 with four RBIs as Slippery Rock earned a 10-0, six-inning win over Oil City.

Olivia Coyle scored three runs for the Rockets, while Anna Greer was 2-for-4.

Taylor Polach was 3-for-4 with four runs and an RBI for Fairview, which took advantage of 13 Girard errors.

Cami Munson tossed four no-hit innings to get the win, striking out five and walking two.

May 12, 2022 D10 Baseball: Wilmington’s Serafino, Sharpsville’s Tarnoci Dominate in Wins; Rocky Grove Rallies for Victory
May 12, 2022 D9 Baseball: Kellert Helps Coudy Edge O-E; Pisarchik Comes Off Bench to go 4-4 for DCC; Tettis 5-in No-No for ECC
This website or its third-party tools process personal data.In case of sale of your personal information, you may opt out by using the link Do not sell my personal information.
×
Manage consent