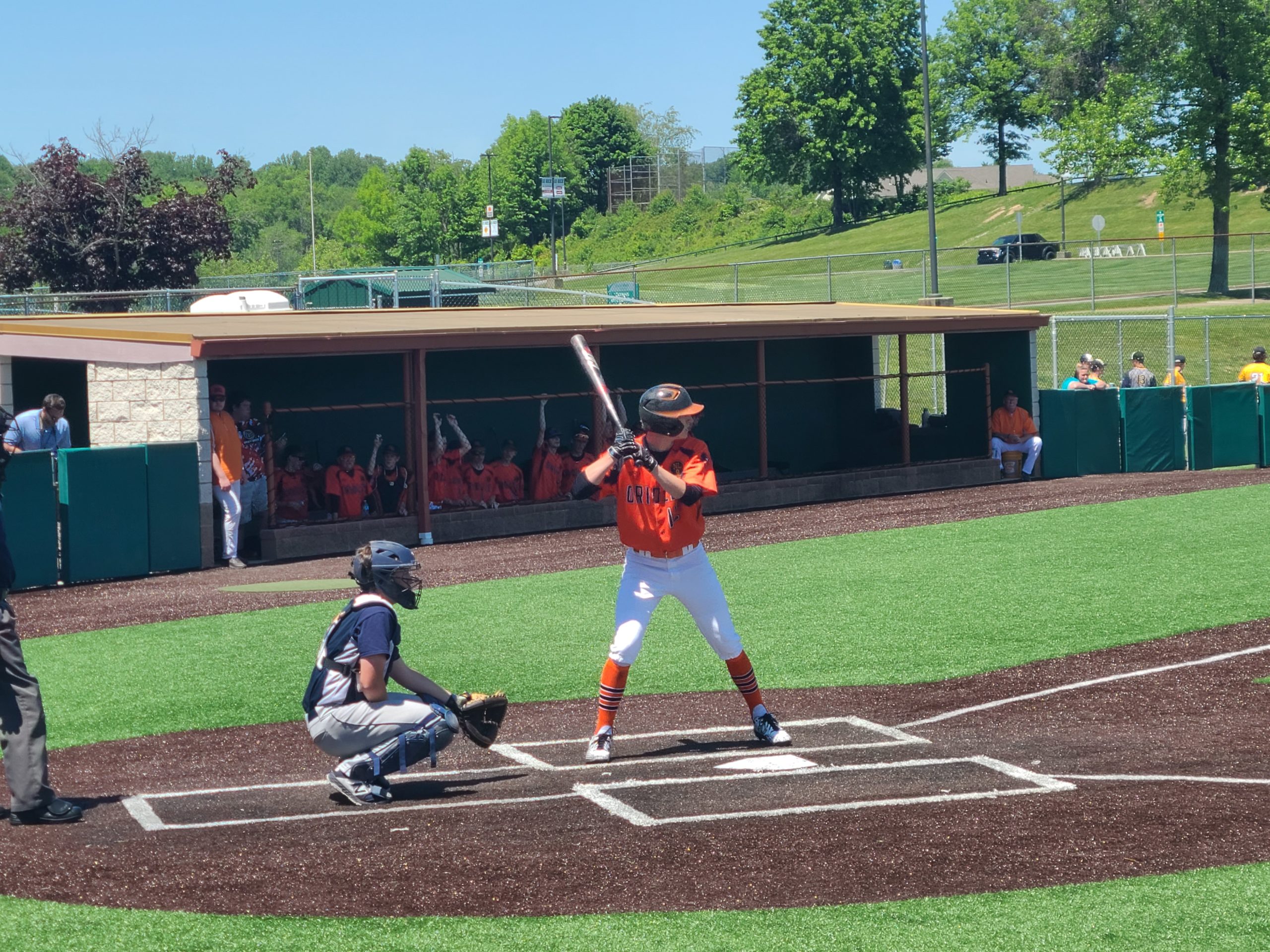 Serafino’s lone run allowed was unearned. He struck out four and walked three.

The Greyhounds scored three runs in the third inning to help take control.

Dom Serafino was 2-for-2 with two doubles, two walks, and an RBI for Wilmington,, while Dom Serafino and Garrett Heller had one RBI each.

SHARPSVILLE, Pa. – Stephen Tarnoci did it on the mound and at the plate as Sharpsville stayed hot with an 11-1, five-inning win over Sharon.

Tarnoci allowed just one hit in five innings and one unearned run, striking out five and walking two. He was also 2-for-3 with two runs and an RBI.

The Blue Devils scored in every inning, including four in the fifth to put the game away. James Thomas drove in a pair of runs, as did Josh Divens, while Jack Leipheimer was 2-for-2 with a double, two walks, and a run.

Aaron Burkhardt tied the game at 6 with an RBI double, which was followed by an RBI single off the bat of Travis Knupp that gave the Orioles the lead for good.

For Cambridge Springs, Brady Jardina, Josh Gorton, Brock Cunningham, and Preston Gorton had one RBI each.

The Beavers scored in every inning but the sixth en route to the win, with the big blow Caleb Marrs’ grand slam in the fourth.

Nathan Lesher was also 2-for-3 with three runs for Corry, while Nick Brundage was 2-for-4 with an RBI and Logan Joncas 2-for-5 with two runs.

Shady struck out one and walked two, throwing 59 of 95 pitches for strikes. Shady got it done at the plate as well, going 2-for-3 with a triple and three RBIs, while JJ Lehman also drove in a run for Girard.

Owen Dye, Dwight Yeagley, and Jackson Gadsby had one RBI each for the Sailors.

The Lancers scored eight runs in the third innings en route to the win. Ryan Fiscus was 2-for-3 with three RBIs, as was Brandon Dedrick. Charlie Swanson and Dylan Sheeder scored three runs each.

J.T. Blum was 3-for-4 with three doubles and four runs for Warren, while Eric Dippold was 2-for-3 with an RBI and Owen Blum drove in three runs.

RUSSELL, Pa. – Union City rallied from a 4-2 deficit, scoring four runs in the top of the seventh inning in a 6-4 win over Eisenhower.

In the seventh, Quinlan Magee hit a sacrifice fly, followed by an error that allowed the tying run to come across, a squeeze play from Matt Bennett that brought across the go-ahead run, and a Daithan Kent RBI single to cap the frame.

Kent tossed five innings of relief to get the win, allowing two runs on seven hits, striking out seven, and walking two.

It was a strong start in defeat for Eisenhower’s Cole Chapman, allowing just one earned run in the complete-game effort, scattering seven hits, walking two, and striking out two.

Two runs came across on an error and Zach Herb capped the inning with an RBI double.

Sal Mineo belted a solo home run for Slippery Rock, going 3-for-4 with two runs scored, while Andrew Massella was 1-for-1 with a double and two RBIs.

May 12, 2022 D9/D10 Baseball/Softball Scores Powered by the BHL Sportsperson of the Year Award
May 12, 2022 D10 Softball: Cambridge Springs Gets Big Victory Over Cochranton; Franklin Continues Winning Ways
This website or its third-party tools process personal data.In case of sale of your personal information, you may opt out by using the link Do not sell my personal information.
×
Manage consent