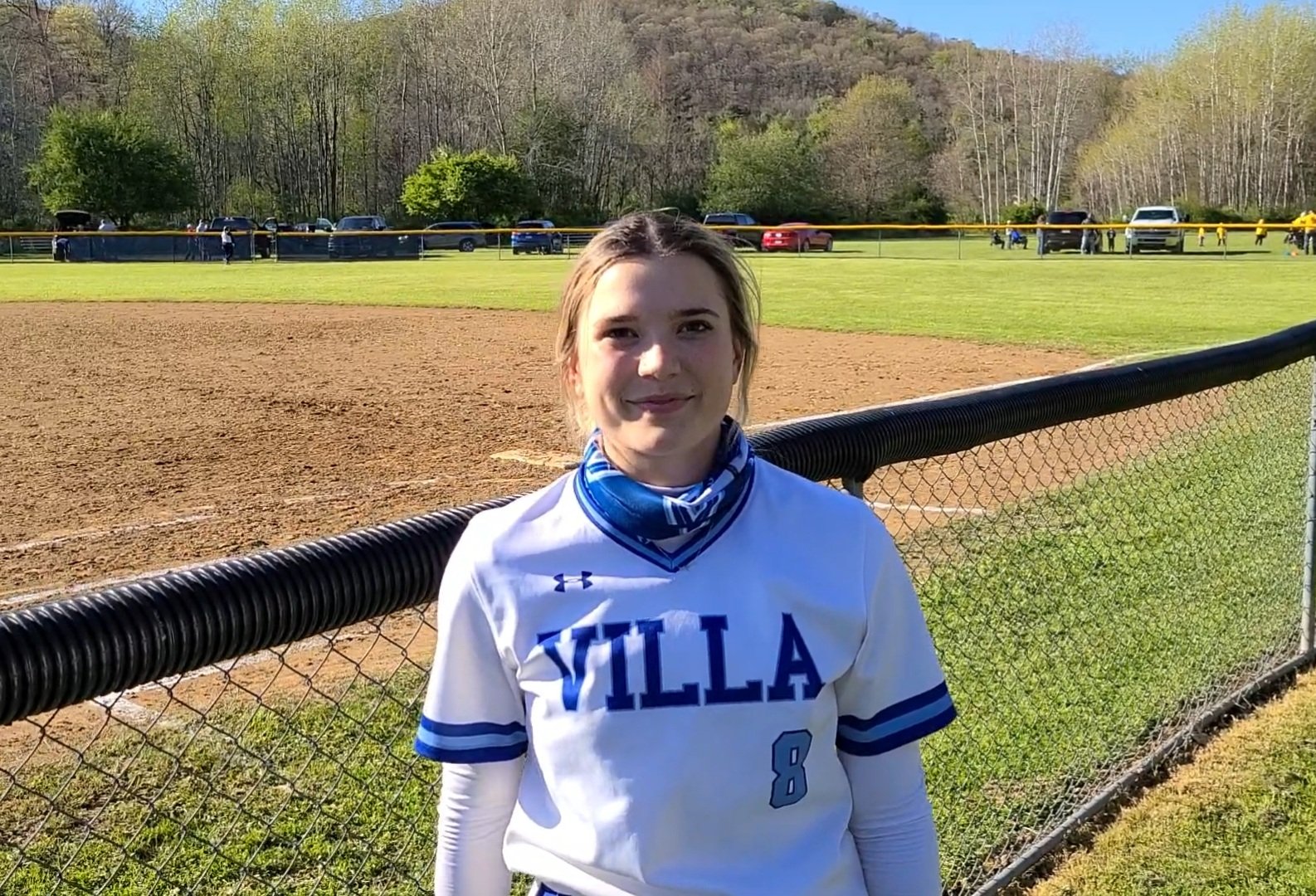 The win for Villa was the second 1-run triumph over Warren this season.

Dever’s blast capped a rally from a 4-run deficit for the Victors, that began with Caitlyn Plyler’s 2-run home run in the fourth.

Dever talked about the win afterward:

The Victors tied the game in the fifth on Annabella Cipalla’s RBI double and Rylee Kregel’s run-scoring single.

The Dragons tried to rally in the bottom of the seventh, but Rylie Yeager’s lined shot to center to lead off was snared on a great diving effort from Jenna VanDee, and after a one-out walk to Kelsey Stuart, Villa pitcher Jenna Wagner got a flyout and a groundout (on a ranging play by Plyler at second) to preserve the win.

Wagner allowed nine hits and three earned runs, striking out eight and issuing one walk in the win.

The Bears scored four runs in the third inning and six more in the fifth on their way to the win.

Michayla Magee drove in three runs for the Bears, while Cathryn Reynolds, Tingley, and Rienna Higley had two RBIs each. Eliza Reynolds was 3-for-3 with an RBI and Cyaira Zielinski 2-for-3 with two runs and an RBI.

Taytum Iavarone, Meghan Kapp, Maggie Hoover, Lexxie Biel, Alivia Soule and Hilary Sissem all had RBIs in the inning for the Trojans.

Iavarone, Kapp, and Alivia Soule drove in two runs apiece for the Trojans.

Soule got the win, allowing just two hits and striking out 10.

Trinity Edge got it done both in the circle and at the plate. Edge belted a 2-run home run in the first inning, which proved to be all she would need. She allowed just three hits, one walk, and one unearned run, striking out 12. Kaylyn Fry also drove in a pair of runs for the Knights.

Paige Gresgott allowed six unearned runs in the loss, walking seven and striking out nine. Samantha Meredith had the RBI for the Rockets.

GROVE CITY, Pa. – Trailing 5-0, Grove City erupted for five runs in the third inning on its way to a 7-6 win over Sharon.

The big blow in the third came courtesy of Helena Wolbert’s 2-run double. Logan Jones and Maya Kirk also had RBI doubles in the inning and Brooke Shingledecker an RBI single.

The Eagles tacked on two more runs in the fourth.

Wolbert finished 2-for-3 with four RBIs and two runs.

Connolly belted a solo home run and had two RBIs, while Krecek drove in one. Metro took the loss.

NEW WILMINGTON, Pa. – Wilmington built a 9-2 lead and held off a furious Reynolds rally for a 9-8 victory.

The Raiders scored six runs in the sixth but were unable to push the tying run across.

Remington Koi got the win, allowing 10 hits and striking out 10.

Kelsey McAdoo had two RBIs for the Raiders, while Halyn Cawthorne, Marissa Hillyer and Andrea Hillyer all had two hits apiece.

EDINBORO, Pa. – General McLane erupted for 10 runs in the first inning in a 15-4, 5-inning win over Fairview.

Miller had a big day at the plate, going 2-for-2 with a double, four RBIs and two runs. Cannons was 1-for-2 with three runs and two RBIs., while Haley Bloomquist drove in three.

Cannon got the win, allowing two earned runs on five hits. She struck out eight.

Taylor Polach had a triple and two RBIs for Fairview.

WATTSBURG, Pa. – Seneca scored 12 runs in the first inning and eight more in the third in a 21-4 win over Youngsville.

Ashley Post got the win, allowing four unearned runs and striking out four.

Kamryn Weissinger was 1-for-1 with an RBI, walk and a run for Youngsville.

WEST MIDDLESEX, Pa. – West Middlesex scored in every inning, including eight runs in the third in a 17-2 win over Commodore Perry.

McKenzie Erdman, Katy Briggs, Mallory Blaze, Ava Gilmore, and Alaina Bowers all drove in runs in the third for the Big Reds.

Gilmore got the win, allowing one earned run on six hits, striking out eight.

Delaney Snyder had a double and two RBIs for the Panthers. Faith Cox took the loss.