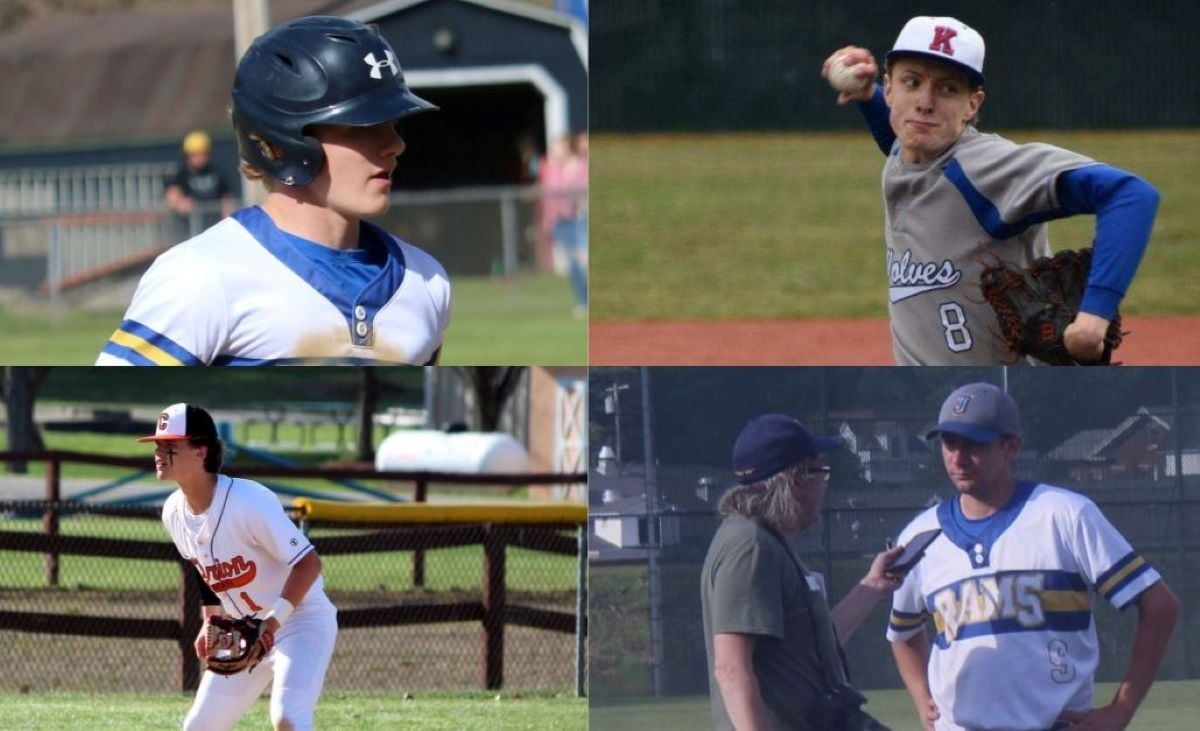 WARREN, Pa. – Camron Marciniak was a force on offense both with his bat and his legs in helping Johnsonburg roll to the District 9 Class 2A title with an unbeaten record and into the second round of the PIAA playoffs, and for those efforts, the junior outfielder is the inaugural D9and10sports.com District 9 Baseball Player of the Year.

Camron Marciniak of Johnsonburg. Photo by Bob Parana of the Ridgway Record

Whiteman was fantastic for Kane helping the Wolves to a second-place District 9 Class 2A finish and a spot in the District 4-6-9 subregional. He was 8-3 on the year (two of the losses were to Johnsonburg) with a 0.90 ERA. In 62 innings of work, he struck out 132, an average of 2.13 per inning, while walking just 13. He hit three batters, and opponents hit .143 against him.

Smail had a phenomenal freshman season for Clarion hitting .400 with a 1.168 OPS. He had 13 doubles, two triples, and 19 RBIs while stealing 14 bases.

Porter helped guide Johnsonburg to a 22-1 record. The Rams’ lone loss came to WPIAL champion Shenango, 2-1 in eight innings, in the PIAA Class 2A quarterfinals. Shenango went on to place second in the state. Johnsonburg won a loaded Class 2A field in District 9 that included nine teams at or over .500.

In addition to the major award winners, an All-District 9 team was named as well. The team consists of a catcher, a first baseman, a second baseman, a shortstop, a third baseman, three outfielders, two “utility” spots, and two pitchers.

East, West Squads Battle to Tie in Erie County All-Star Baseball Game
Region All-Star Teams for D10 Boys’ and Girls’ Track and Field Announced
This website or its third-party tools process personal data.In case of sale of your personal information, you may opt out by using the link Do not sell my personal information.
×
Manage consent