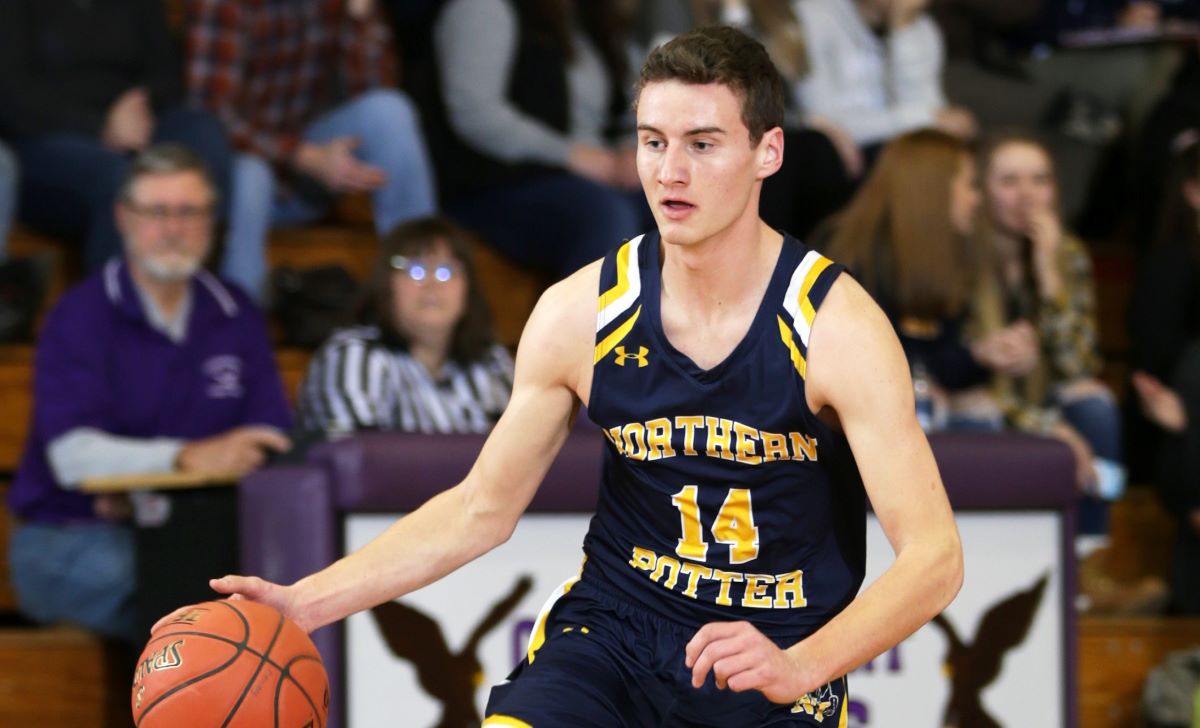 Also for NoPo, Tanyon Brown had 11 rebounds and five assists.

Carter Steadman had a monster day for Oswayo Valley with 34 points and 14 rebounds in a losing effort.

D’Andre Whitman added 17 points for the Orioles with Caden Toscano chipping in 14 points.

Matthew Bennett had 22 points for Union City with Kyler Shaffer adding 13 and Cole DeSimone and Wyatt Post nine each.

CORRY, Pa. – Skylar Riedel scored six of her 13 points in the first quarter as Corry jumped out to an 11-point lead on its way to a 43-23 win over Eisenhower on Saturday.

Kiran Bugbee added 10 points for Corry, while Rachel Brady chipped in with eight.

Kaitlin Sleeman scored 10 of her team-high 12 points in the first half, while also adding four rebounds and a steal.

Bella Marion scored six points and had two rebounds and two steals for the Knights and Faith Donnell pulled down seven rebounds.

March 6, 2021 District 9 and District 10 Basketball Scores
Slippery Rock Girls Go on 23-0 Second Half Run to Vault Into D10 Class 5A Semifinals
We use cookies on our website to give you the most relevant experience by remembering your preferences and repeat visits. By clicking “Accept All”, you consent to the use of ALL the cookies. However, you may visit "Cookie Settings" to provide a controlled consent.
Cookie SettingsAccept All
Manage consent