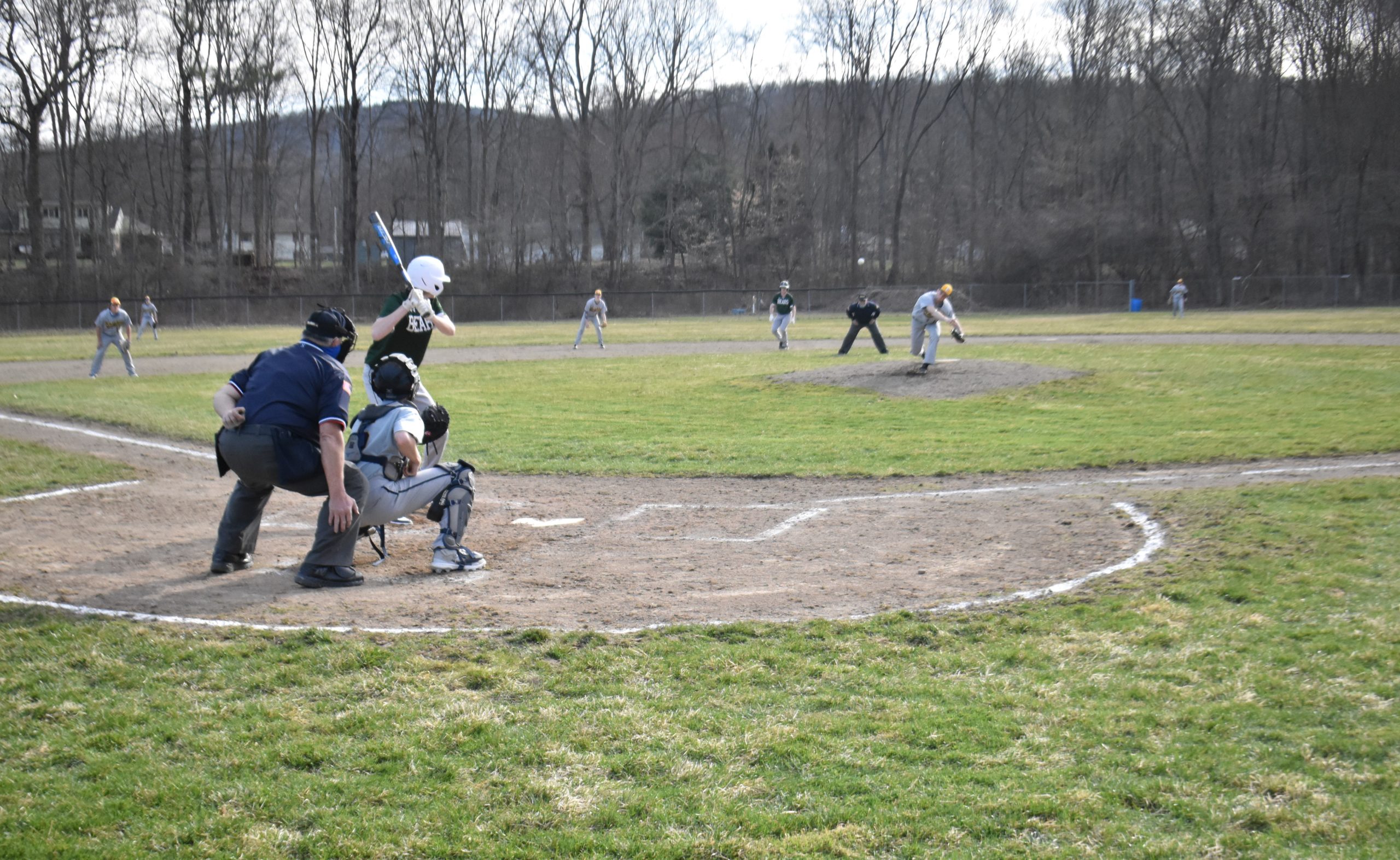 RUSSELL, Pa. – Eisenhower raced out to a 10-0 lead after three innings and held off Union City for an 11-7 victory.

The Knights collected 11 nine hits, including two each and two RBIs from Teagan Gray and Jared Beers.

On the mound, Owen Trumbull got the win, giving up just two unearned runs in his five innings of work, striking out nine.

Matthew Bennett drove in a run and Shane Uber doubled for the Bears.

Austin Barret had a big day at the plate for the Yellow Jackets, tripling and totaling five RBIs on the afternoon. Todd Essman walked three times and scored four runs for Girard, while Ethan Getz drove in three runs.

The Jackets used six different pitchers in the win.

Jones allowed just three hits and two walks, striking out 10 in the process. He also tripled  and drove in a run at the plate for the Eagles.

Coldan Barr went 2-for-2 with a triple and four RBIs for Grove City, while Michael Brooks had three hits, three runs scored and three RBIs and Rowan Perample a pair of runs batted in.

Trenten Wheeler went 2-for-2 and drove in a pair of runs for the Blue Devils.

TITUSVILLE, Pa. – Aidan Kelly had a big day for Harbor Creek, tossing five shutout innings and also 2-for-3 with a pair of doubles in the Huskies’ 3-2 win over Titusville.

Kelly struck out nine in his five innings of work and allowed just two hits.

GIRARD, Pa. – Trailing 4-2 going into the seventh inning the Seneca Bobcats had an epic rally, scoring 10 runs in the inning to earn a 12-4 victory.

Lauren Konkol went 3-for-3 at the plate with an RBI and was also the winning pitcher, allowing two earned runs and striking out nine.

GROVE CITY, Pa. – Taytum Jackson went 4-for-4 and drove in five runs and Lexie Moore tripled and homered to lead Cochranton to a 9-1 win over Grove City.

Jackson was also brilliant on the mound, allowing just four hits and one unearned run while striking out five.

Maggie Konieczki had a big triple in the third inning for Harbor Creek.

Madison Shaffer also had a big 2-run double in the first inning for North East.

Pinetti drove in a pair of runs.

MERCER, Pa. – Amanda Bish tossed a 2-hit shutout with 11 strikeouts to help Mercer to a 1-0 win over Reynolds.

Taylor Truran homered in the third inning to account for the lone run of the game.

HERMITAGE, Pa. – Ella Holland and Carlie Miller drove in three runs each to help Hickory to a 14-5 win over Sharon.

Alyssa Lenzie and Jaclyn Fustos also had three RBIs each for the Hornets in the win.

Reagan Booher got the win on the mound, allowing one earned run and striking out three for the Sailors.