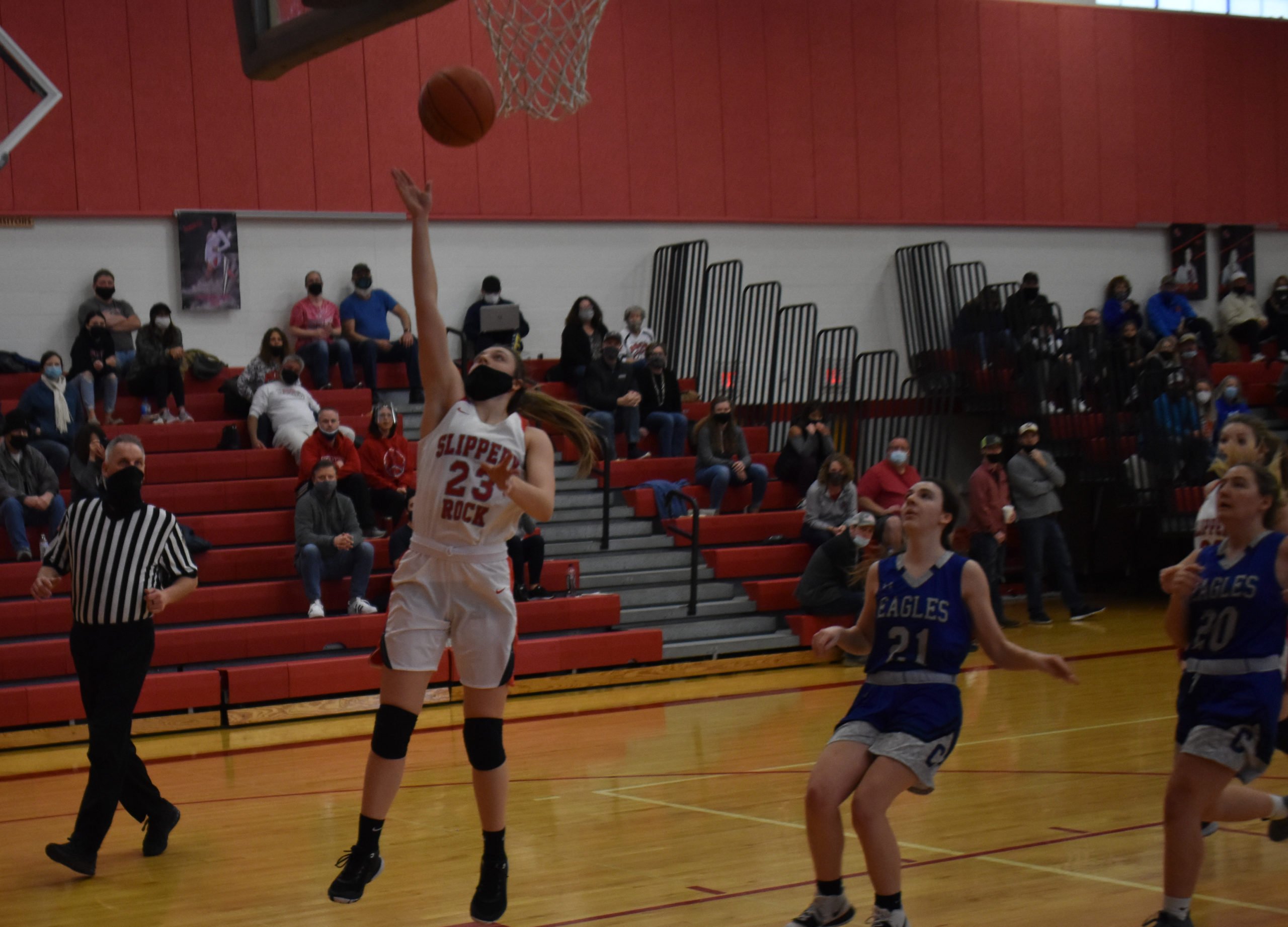 March 10 District 10 Class 3A and 5A Girls’ Playoff Recaps

LAKEVIEW 42, MERCYHURST PREP 34
ERIE – Lakeview became the first District 10 girls team to pull an upset in the playoffs when the Sailors knocked off top-seed and undefeated Mercyhurst Prep, 42-34, in a D-10 Class 3A semifinal Wednesday.

The Lakers held a 2-point edge after the first quarter, but the Sailors outscored the Lakers in each of the remaining three quarters to pull the upset.

Lakeview will head to Fairview Saturday for the D-10 championship game at a time to be announced.

FAIRVIEW 36, GREENVILLE 16
FAIRVIEW, Pa. – Sarah Gennuso scored nearly half of Fairview’s points as the Tigers advanced to the District 10 Class 3A championship with a 36-16 win over Greenville.

Gennuso had a game-high 14 points, the only player to reach double figures for either team, to help the Tigers to their second D-10 title game. Caroline Zentis had eight points and Hope Garrity six in the win.

Jaidah Rosario and Grace Cano each had five points to lead the Trojans.

CAMBRIDGE SPRINGS 48, MAPLEWOOD 38
CAMBRIDGE SPRINGS, Pa. – Cambridge Springs jumped out to an early lead and held off a late charge to top Maplewood, 48-38 in their District 10 Class 2A semifinal Wednesday.

The Blue Devils held a 23-10 halftime lead and, though they were outscored in the second half, kept pace with the Tigers to prevent a comeback.

Jordyn Wheeler had a game-high 18 points for the Blue Devils, while Madison Yanc also reached double figures with 12 points.

Izzy Eimer and Bailey Varndell each had 13 points to lead the Tigers.

WEST MIDDLESEX 48, SAEGERTOWN 46
WEST MIDDLESEX, Pa. – Saegertown gave top-seeded West Middlesex all it could handle in their District 10 Class 2A semifinal, but the Big Reds came away with a hard-fought 48-46 win over the Panthers.

Saegertown outscored West Middlesex in three of the four quarters, but only by four or fewer points. In the one quarter the Big Reds held the advantage, it was by a 19-7 differential.

Mollie Przybrowski led the Panthers with 15 points and Averie Braymer had 10 in the loss.

West Middlesex will host Cambridge Springs Saturday in the championship game at a time to be announced.

SLIPPERY ROCK 42, GROVE CITY 36
SLIPPERY ROCK, Pa. – Maryann Ackerman scored 12 of her team-high 13 points in the second half as Slippery Rock advanced to its fifth straight District 10 Class 5A championship game with a 42-36 win over Grove City.

Slippery Rock outscored Grove City 17-10 in the third thanks in large part to a 10-point outburst from Ackerman, who was held to just one point in the first half.

Clara Hannon had a game-high 15 points for the Eagles, who entered the postseason as the defending D-10 champs. Becca Santom added eight points in the loss.

The Rockets will head to Warren, a 43-27 winner over Harbor Creek, Saturday for the championship game. Tipoff is scheduled for 2 p.m.

Top Four Seeds Advance to District 9 Class 1A Boys’ Semifinals
Childress Shoots Warren Past Harbor Creek, Into D-10 Class 5A Title Game
We use cookies on our website to give you the most relevant experience by remembering your preferences and repeat visits. By clicking “Accept All”, you consent to the use of ALL the cookies. However, you may visit "Cookie Settings" to provide a controlled consent.
Cookie SettingsAccept All
Manage consent