Lucky 13. 13 Returning Champions in 2A Boys/Girls Track Set for D9 2A Meet Powered by Janney Montgomery Scott in Clarion 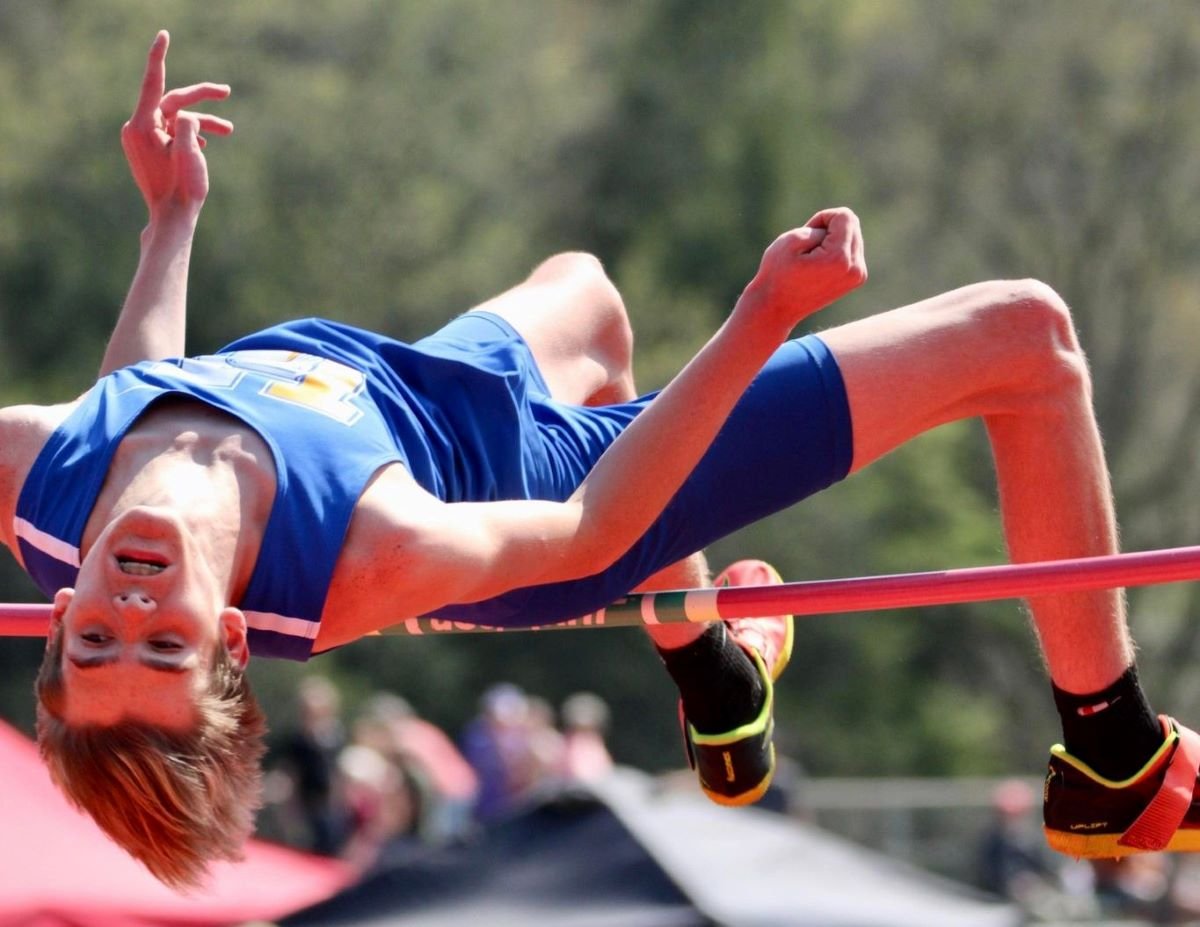 Hayden Smith of Union/A-C Valley has a shot at breaking seven-feet in the high jump. Photo by Madison McFarland

BROOKVILLE, Pa. – The 2022 District 9 Class 2A and Class 3A boys’ and girls’ track and field championships are set for Friday, May 20, at Brookville High School.

Here is a closer look at Class 2A.

On the boys’ side, Brookville will look for a fifth straight title (2017-19, 2021) and will be challenged by Punxsutawney, Redbank Valley, and Kane.

On the girls’ side, Brookville will try to win a third straight title (2019, 2021), but the Lady Raiders will have to top Punxsutawney, which enters as the meet favorite. Redbank Valley should also be in the mix.

There are four returning champions in the boys’ 2A meet with Punxsutawney’s Tyler Elliott having won both the 110-meter hurdles and the 300-meter hurdles last year, Union/A-C Valley’s Hayden Smith took home the high jump title in 2021, and Redbank Valley’s Cam Wagner won the discus a year ago.

Smith and Wagner are top seeds in the meet with Wagner having a season-best throw of 169-feet, 5-inches, which is the third-best in 2A in Pennsylvania. He finished fourth in the state in the event a year ago.

Smith, who could break the seven-foot mark, has the top high jump in the state in 2A this year at 6-9.

Elliott, who earned medals in both hurdles at the PIAA meet a year ago (3rd in the 300, 4th in the 110) finds himself as the underdog in District 9 in both events this year. He is seeded second in the 300 behind Brookville’s Ian Pete and third in the 110 behind both Pete (No. 1) and Redbank Valley’s Marquese Gardlock (No. 2).

Additional athletes to watch include Clarion-Limestone’s Ryan Hummell in the javelin, Coudersport’s Kevin Sherry in the 1,600-meter run and 3,200-meter run, Kane’s Sam Lundeen in the long jump, and Redbank Valley’s Aiden Ortz in the long jump.

Lundeen has the third-best long jump in 2A in the state this year, and Ortz’s mark puts him 10th.

In the girls’ 2A meet, there are nine of the 15 champions returning led by the James Manner MVP Award winner, Brookville’s Morgan Monnoyer.

Monnoyer won both the 100-meter dash and 200-meter dash last year but doesn’t hold the top seed in either event this season.

Cheyenne Mehl of Oswayo Valley was also a two-time champion a year ago winning both the 800-meter run and the 1,600-meter run. She is the slight favorite in both events again this year.

Claire Henry will look to defend her pole vault title and is the heavy favorite having cleared 10 feet this season with no other D9 vaulter having gone over 8-6.

The long and the triple jumps should be interesting events on the girls’ side.

Brooke Kessler of Clarion-Limestone is the defending champion in the long jump but she has to contend with 2019 state-medalist Baylee Blauser, whose ankle injury last year kept her from her best.

The javelin, which is often the case, should be highly contested as well with six athletes having throws that are in the top 11 this season state-wide led by Evie Bliss of Union/A-C Valley, who is ranked third. Ashley Fox of Karns City finished fifth at the PIAA meet last year and is ranked seventh this year going into the D9 meet. Also ranked are Redbank Valley’s Alivia Huffman, Cranberry’s Morgan Stover, Punxsutawney’s Mary Grusky, and Elk County Catholic’s Tori Newton.