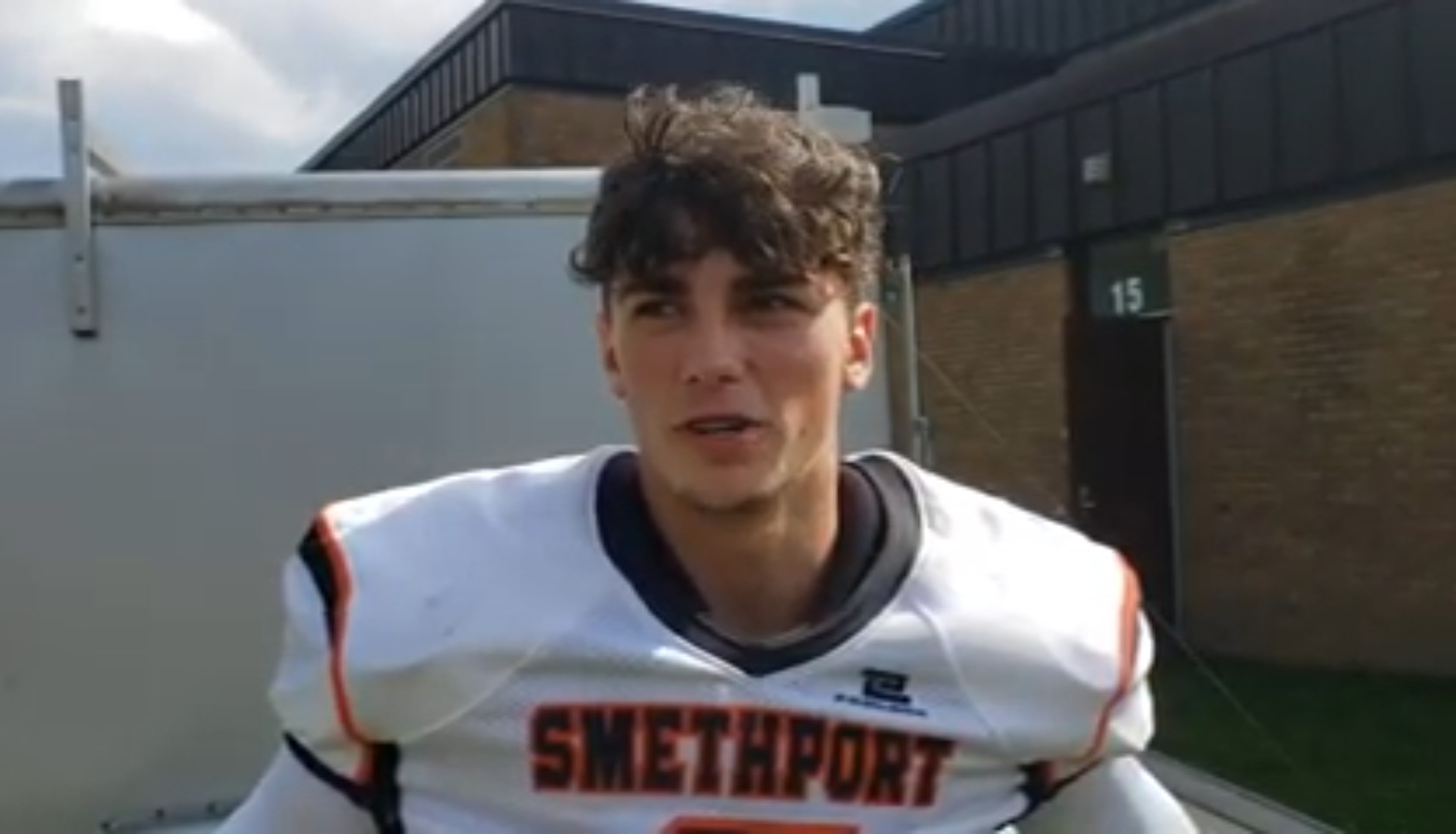 Lent, the 2020 D9and10Sports.com Jim Kelly Player of the Year, threw for 170 yards and four touchdowns and had 96 yards on the ground and two more scores to lead the Hubbers to a 49-6 victory over the Wolverines.

Two of those passing scores went to Alex Ognen on a short pass (5 yards), as well as a 46-yard bomb.

The Hubbers wasted no time getting going, with Brandon Higley on the receiving end of a 57-yard touchdown reception from Lent on the game’s first play from scrimmage.

The Hubbers scored twice over the final three minutes of the half, the first on a 4-yard pass from Lent to John Adamoski before Lent reeled off a 65-yard scoring scamper down the right sideline to cap the half.

Lent was named the Allegheny Grille of Foxburg Player of the Game and talked afterward with D9and10Sports.com’s Chris Rossetti.

The Hubbers also intercepted four Sheffield passes – two by Adamoski and one each from Ognen and Brentton McDowell.

Sheffield, which was playing its first game since shutting down after its opener against Keystone last season, scored on a 77-yard fumble return by Malique Outland.

Tony Richards and Dylan Hardwick had 22 yards receiving each for the Wolverines.

The Gators turned in a dominant effort from start to finish, outgaining the Terrors 410-192.

The Gators turned to the air in the second quarter, as Evens connected with AJ Wiley for a 60-yard scoring strike, leading 20-0 at the half.

Archer found the end zone for the second time in the third quarter, this time on the receiving end of a 32-yard pass from Evens. Moses capped the scoring with a 15-yard run early in the fourth.

For Otto-Eldred, Gavin Jimmerson was 16-of-36 passing for 142 yards, with 65 of those coming to Manning Splain on three receptions. Brendan Magee led the Terrors in rushing yards with 22.

Aug. 28, 2021 D10 Football Recaps: Mercer, Harbor Creek, Sharon Pick up Wins
Cameron County’s Baughman Named Week One 2021 District 9 Jim Kelly POW Powered by the Allegheny Grille
This website or its third-party tools process personal data.In case of sale of your personal information, you may opt out by using the link Do not sell my personal information.
×
Manage consent