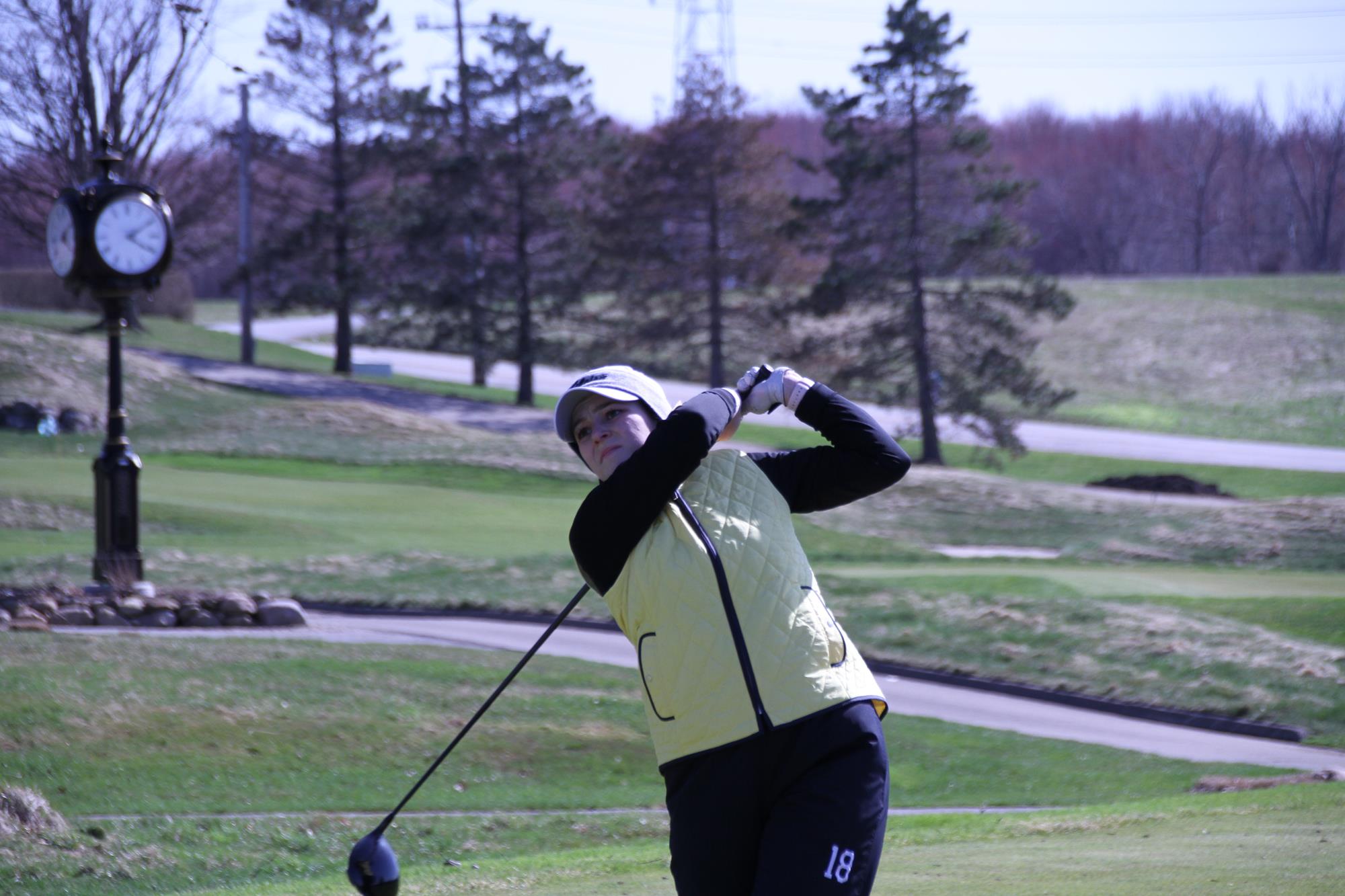 She averaged 79.2 over 25 rounds, finishing in the top ten in seven tournaments. That included a first-place showing in the PSAC Championships. She rallied from five strokes down in sixth place at the start of the third round to fire a 77 and win by a stroke with a 54-hole total of 238. White fired a season-best 73 in the Evann Parker Memorial. She was named the PSAC Athlete of the Week once. A year ago she averaged 80.2 on the season.

Ferry finished his sophomore year with a team-low 74.4 scoring average in garnering first-team honors. The lefty won his first-year collegiate tournament back on March 22nd when he put together rounds of 74 and a 2 under 70 on the final day to claim the Crofton Invitational. His year was also highlighted with a T-2 finish at the Guy and Jeanne Kuhn Memorial Tournament hosted by Allegheny College.

Wilson, a senior, tied for second overall on the individual leader board with a 23-over 239 (78-78-83) at the PSAC Championships on her way to first-team honors. She shot an 11-over 83 in the final round with birdies on the par-four fourth and the par-third 15th. Over the three rounds, Wilson tied for the lead in the field with six birdies and paced the team with 23 pars.

This is the second consecutive first-team honor for Wilson, who was also a second-team selection as a sophomore while earning PSAC Freshman of the Year in her rookie campaign.

Henry finished the year with a pair of third-place finishes at the Home Invitational and the Evan Parker Memorial Tournament in garnering a second-team selection. She also had a 6th place finish at the Tiffin Invitational. Her best round of the season came at the Charleston Invitational when she shot an opening-round 71.

Pair of D10 Alums Earn PSAC West All-Conference Baseball Honors
District 9 Alums Anderson, Clark Sweep Atlantic Region Athlete of the Year Awards
This website or its third-party tools process personal data.In case of sale of your personal information, you may opt out by using the link Do not sell my personal information.
×
Manage consent