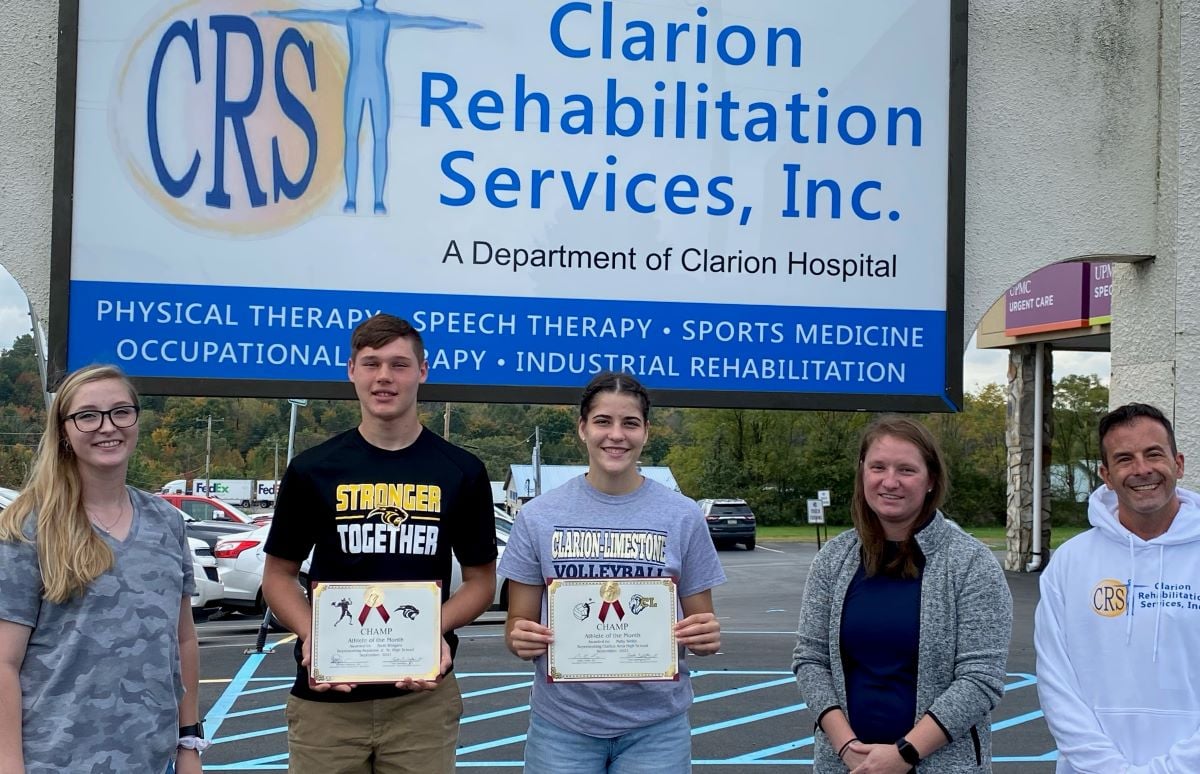 Bret is a senior at Keystone High School where he participates in football, basketball and track. He is also a member of National Honors Society, SPARK Club, Trap Shooting Club, and Basketball Club. Outside of school he is a member of the Saint Michael Church in Fryburg and enjoys hunting, ice fishing, and trap shooting. His favorite sports memory is earning two playoff spots with the varsity basketball team his junior year.

He states that the most inspiring person in his life is his older brother Nate, who continues to help him be the student and athlete that he is today. “I owe him a lot. Thanks for supporting me.” Bret’s future plans include a combination of military service and attending college to major in the field of environmental engineering.

Ruby is a senior at Clarion-Limestone High School where she participates in volleyball, soccer and track as well as Science Olympiad, Red Cross Club, Foreign Language Club and National Honors Society. Outside of school she is involved in club volleyball and youth group at church. She also works at Gateway Lodge and Bish Auto Care. In her free time, she enjoys hanging out with friends. Her favorite sports memory is when she successfully completed her first slide during volleyball.

She states the most inspiring people in her life are her dad and brothers. “They are supportive of anything I do.” Ruby’s future plans are to attend college to major in biology and pre-med.

Clarion Rehab Services and CHAMP would like to thank Sweet Basil and Daddy’s Main Street for sponsoring September’s CHAMP Student-Athlete of the Month. Bret and Ruby were each awarded a gift certificate from both local establishments.