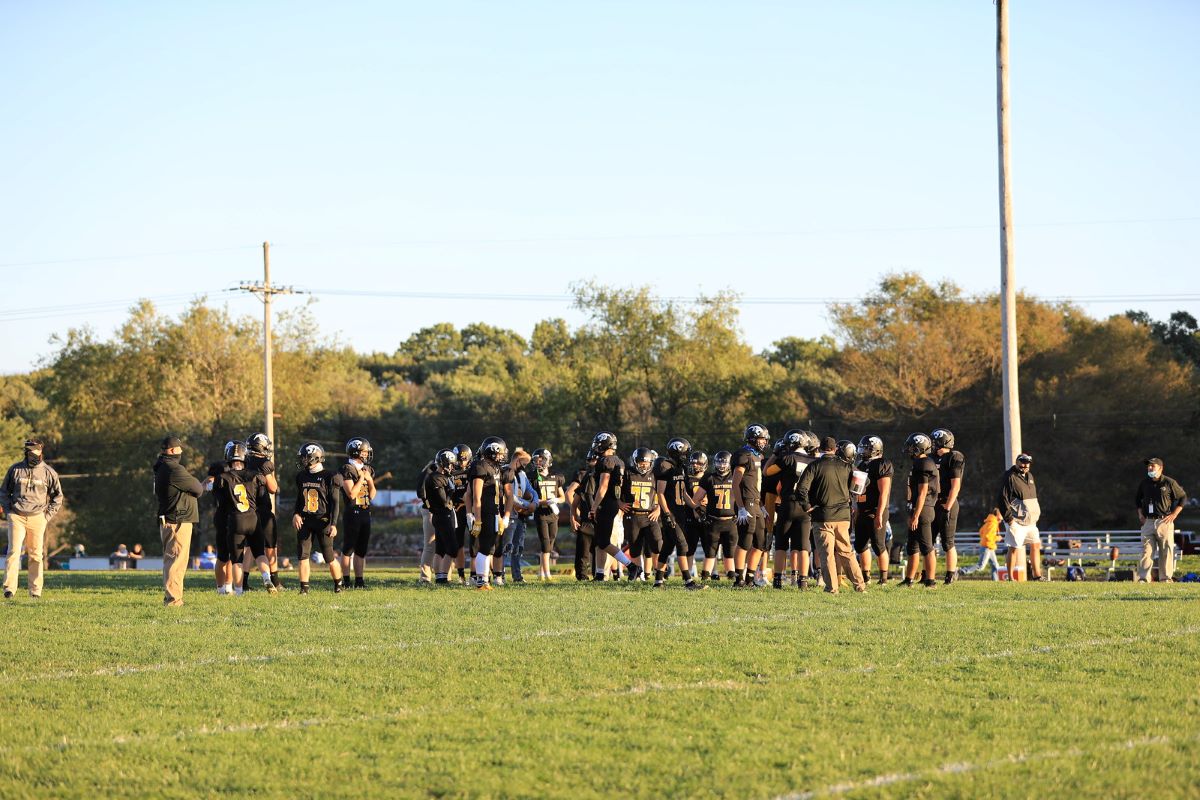 Keystone football teams warms up prior to its game last week vs. Redbank Valley. Photo by Diane McMunn

KNOX, Pa. – Keystone’s football game at Conemaugh Valley slated for Saturday at 1 p.m. has been canceled due to a COVID-19 case at Keystone High School.

This Saturday’s Varsity Football game has been cancelled by Keystone HS due to a COVID case in their school. For the safety of our players and schools, they felt as if it were best to cancel the game. CV Blue Jays will have a bye week this Saturday 10/17.

The Saturday Varsity Football game has been canceled. Keystone HS is currently performing contact tracing due to COVID-19. We hope everyone at Keystone High School is safe and healthy and everyone recovers quickly. The football team will have a bye week this Saturday 10/17.

The Panthers are 3-2 on the season following a 26-0 loss to Redbank Valley last week. Keystone had originally been scheduled to play Sheffield Friday night but that game was canceled when the Wolverines canceled their season following a season-opening 86-0 loss to Keystone. The Panthers then picked up Conemaugh Valley within the last couple of weeks.

Keystone was also scheduled to play at Union/A-C Valley Oct. 23, but that game was canceled because the Falcon Knights qualified for the District 9 Class 1A playoffs. It is unknown at this time if Keystone will elect to play games the final two weeks of the season – Oct. 30 and Nov. 6.

Editor’s note: This story has been updated to reflect that it is unknown if a sports team is currently quarantining.