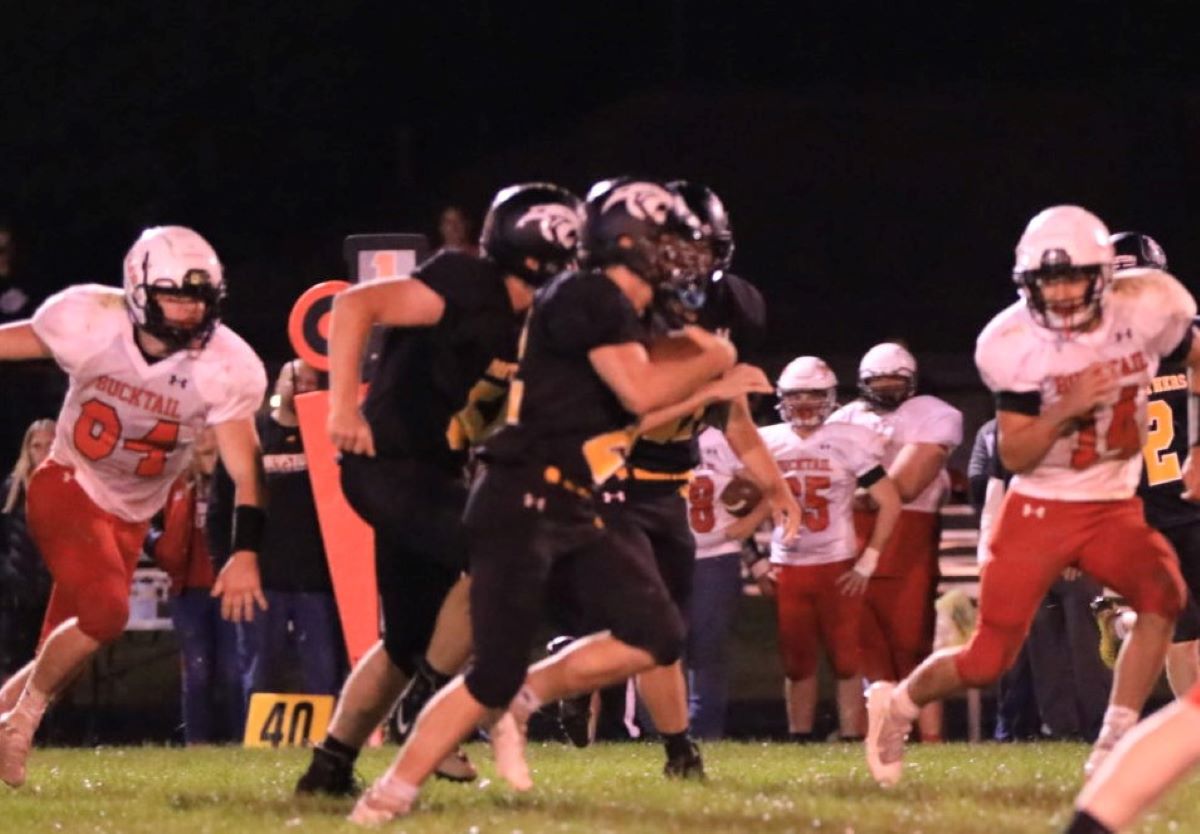 The Panthers’ win, coupled with Redbank Valley’s 28-6 victory over Union/A-C Valley, pushed Keystone to the top spot in the division.

Nellis opened the scoring with a 7-yard run less than three minutes into the game, then was back in the end zone with an 11-yard run with just under five minutes to play in the first quarter. His third TD run of the quarter was a 40-yard scamper with 22 seconds remaining.

Keystone’s Ian Keth got in on the action with a 2-yard plunge in the early going of the second quarter.

ECC got on the board thanks to a 19-yard Ben Paul to Joe Tettis pass. The conversion attempt failed leaving the score at 28-6.

With under a minute to go in the half, Nellis was back at it. This time he hauled in a 35-yard TD pass from Bret Wingard.

The Crusaders answered with 25 seconds left in the half as Paul connected with Isaac Dellaquila for 43 yards. The conversion failed and the Panthers led 35-12.

But they weren’t finished lighting up the first-half scoreboard.

Tyler Albright returned the ensuing kickoff 65 yards for a touchdown to give Keystone a 41-12 halftime lead.

Wingard found Zander McHenry on a 22-yard strike just over three minutes into the third quarter for Keystone’s final points of the contest.

ECC got a 3-yard touchdown, and 2-point conversion run from Noah Cherry with just over two minutes to play in the game to close out the scoring.

Nellis finished with 156 rushing yards and three touchdowns on 13 carries and the one 35-yard TD reception.

Wingard was 3-8 passing for 66 yards and two scores.

It marks the second time in three years Keystone has been the D9 League Small School South Champions. In 2019, the Panthers shared the title with Redbank Valley and Union/A-C Valley.