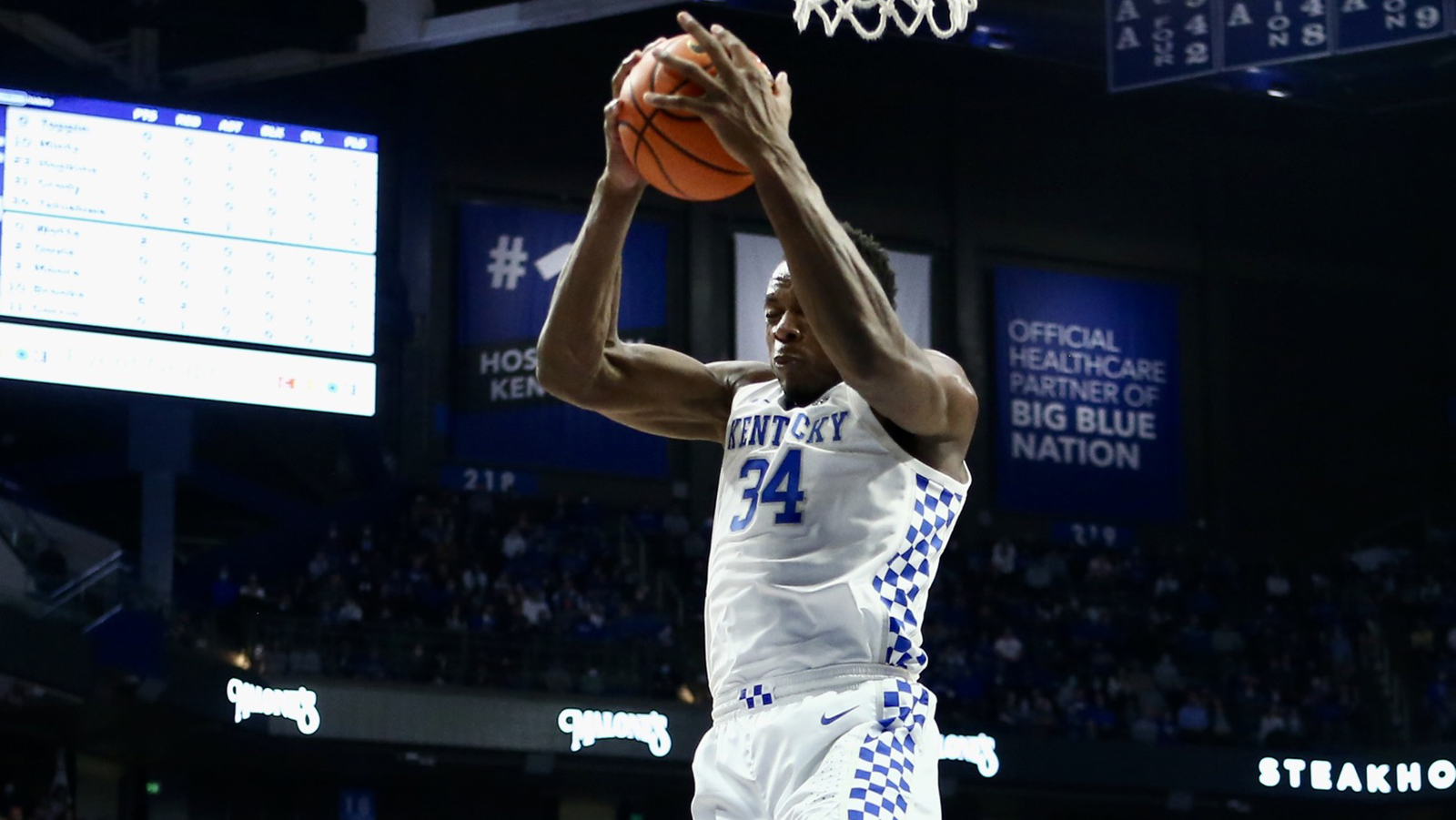 NEW ORLEANS – The national honors continue to roll in for Kenedy Catholic grad and Kentucky men’s basketball standout Oscar Tshiebwe, as he was named Associated Press Player of the Year on Friday.

The award was presented during a presentation inside the Caesars Superdome in New Orleans, home of the Final Four.

Tshiebwe is the second UK player to be named the AP’s top performer joining Anthony Davis (2012). He is the fourth player from the Southeastern Conference to earn the nod joining Davis and LSU’s Shaquille O’Neal (1991) and Pete Maravich (1970). The AP began awarding a national player of the year accolade in 1961. He’s the third player coached by John Calipari to earn the accolade joining Davis and UMass’ Marcus Camby (1996).

This marks the third NCAA-recognized electors for national player of the year honor that Tshiebwe has been awarded. He was also picked as the nation’s top performer by The Sporting News and the National Association of Basketball Coaches.

“Thank you. First of all, I would like to thank God, because I feel like you cannot get without him,” said Tshiebwe. “If I did not trust God and let him lead me in everything I do. And second, I would love to thank my coaches and everybody on the staff for always believing in me and always work with me through the process. My teammates, I thank my teammates for everything, too, because I could not do it on my own. I needed somebody like my teammates to encourage, to be with me in everything we’ve done together.

“And I’m very grateful to be here. And I thank the organization for choosing me as player of the year,” Tshiebwe said. “I’m very thankful for them too. And I’m very happy to be here. Very happy, and I’m very excited. This is one of the things, like, it is everybody’s dream to receive that trophy right there. But I’m sitting right here receiving that trophy. That makes me feel very happy and I’m really grateful for everything. Thank you.”

Tshiebwe is racking up postseason honors by the day. The major honors he’s won so far include:

DuBois Grad Scott Named ACC Rookie of the Year for NC State
Kane Grad, Slippery Rock University’s Clark Earns Weekly PSAC Track & Field Honor
This website or its third-party tools process personal data.In case of sale of your personal information, you may opt out by using the link Do not sell my personal information.
×
Manage consent