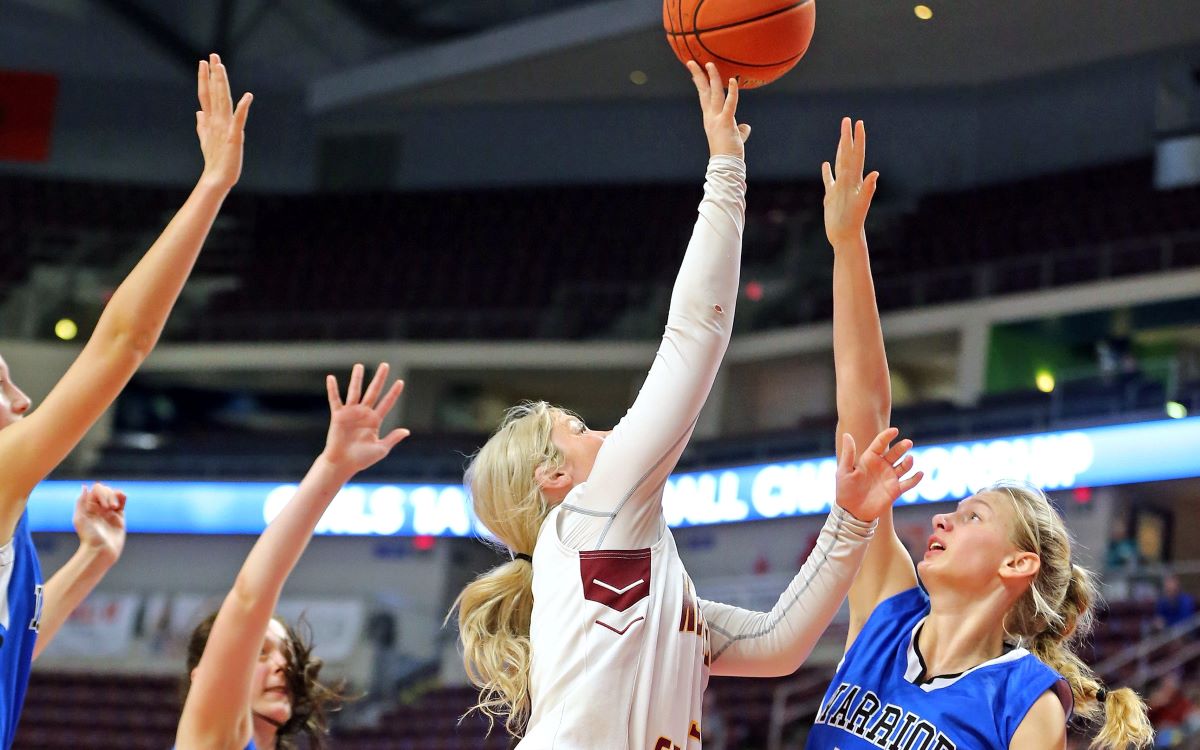 Thank you Bellah DiNardo. You will always be a champion.

I’ve only been covering Kennedy Catholic girls basketball for two years – and really only this year because of COVID-19 restrictions last year.

But DiNardo quickly became one of my favorite players to interview and to watch play.

Always gracious, always accommodating, always willing to do what her team needed her to do to win. You can tell she has been brought up the right way.

And it hasn’t been an easy year and a half for DiNardo.

For those who don’t know, she lost her dad, Daniel, in mid-December 2020 and then a couple of weeks later lost her grandmother, Ida.

One would be enough to shut down a person let alone both in such a short amount of time.

But not Bellah. She leaned of her faith and her family – both biological and basketball – and went on to earn second-team All-State honors in Class 1A by the Pennsylvania Sports Writers.

She continued to push through as a senior leading Kennedy Catholic to its first PIAA title game appearance in 21 years – and while the Golden Eagles fell 66-54 to a very tough Northumberland Christian team – DiNardo didn’t disappoint scoring 14 points to go with six rebounds and five assists.

She averaged 11.1 ppg on the season and over 15 per game in her final four contests and finished her career with over 1,000 points.

“Bellah has been a four-year starter for me,” Kennedy Catholic head coach Justin Magestro said. “She felt like a daughter to me. Bellah is going to be very, very, very sadly missed. She’s a bulldog. She comes and brings it every day. She is going to have a great college career. I am going to miss her on and off the court.”

DiNardo’s basketball days aren’t over. She has committed to playing at NCAA Division II Alderson-Broaddus in Philippi, W. Va.

Great for her and even better for the Battlers. They are getting a great person and an even better player.

Kennedy Catholic’s bid for State Title Comes up Just Short at the Hands of Garvin, Northumberland Christian
District 10 Region Basketball All-Stars Named
This website or its third-party tools process personal data.In case of sale of your personal information, you may opt out by using the link Do not sell my personal information.
×
Manage consent