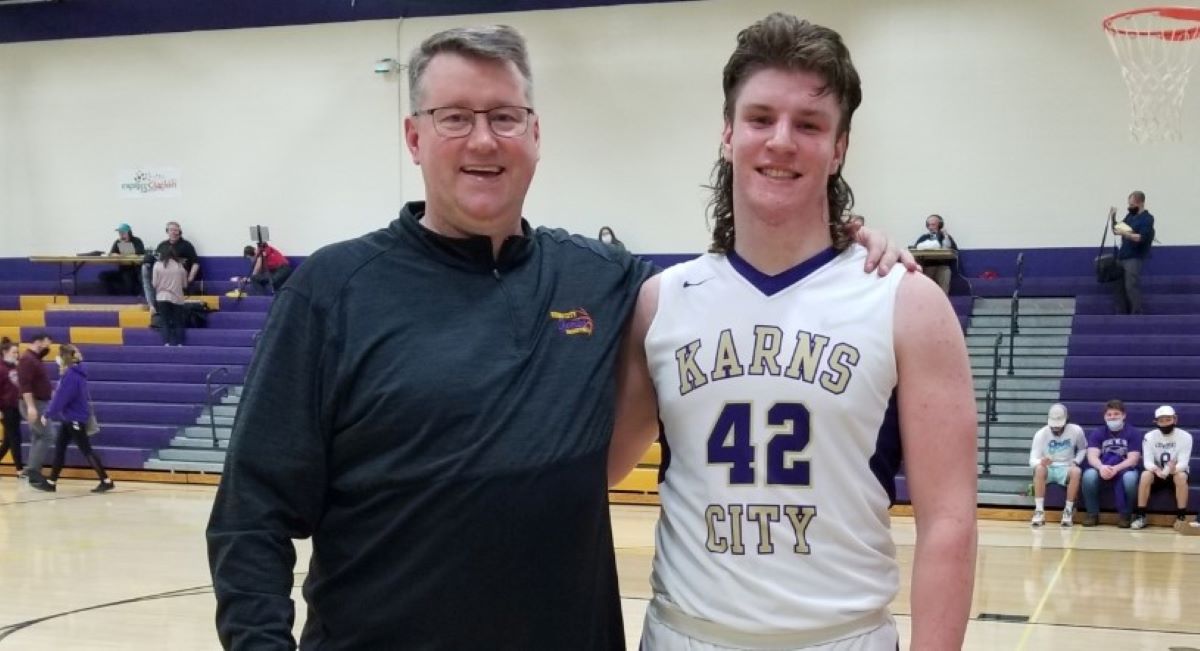 KARNS CITY, Pa. — For the first time since 2018, there will be a new champion in District 9 Class 2A boys’ basketball.

Top-seeded Karns City took control right off the opening tip and cruised to a 59-34 win over No. 5 seed Ridgway in the District 9 Class 2A semifinals Thursday night. The Elkers had won back-to-back District 9 Class 2A titles and had appeared in three straight championship games.

Karns City, meanwhile, has made it to a D9 championship game for the third time in the past five years having won D9 3A titles in 2017 and 2018.

The Gremlins, who improved to 21-2, led 19-5 after the first quarter led by senior point guard Chase Beighley who scored nine of his game-high 18 points in the first eight minutes. Beighley had 14 points and took all eight of his free throws, making seven, by halftime.

Karns City led 33-15 by halftime and extended its lead to 43-22 going into the fourth quarter.

Nathan Waltman reached the 1,000-point milestone with under a minute to go in the game. He finished with 11 points as did Luke Cramer. Waltman added 14 rebounds and six assists while Beighley also dished out six assists.

Jack Benninger and Dan Park each scored 10 points for Ridgway, which finished 6-9.

The Gremlins host Coudersport in Saturday’s D9 final. The No. 2 seed Falcons beat No. 3 seed Keystone, 63-51, in Thursday’s other semifinal.