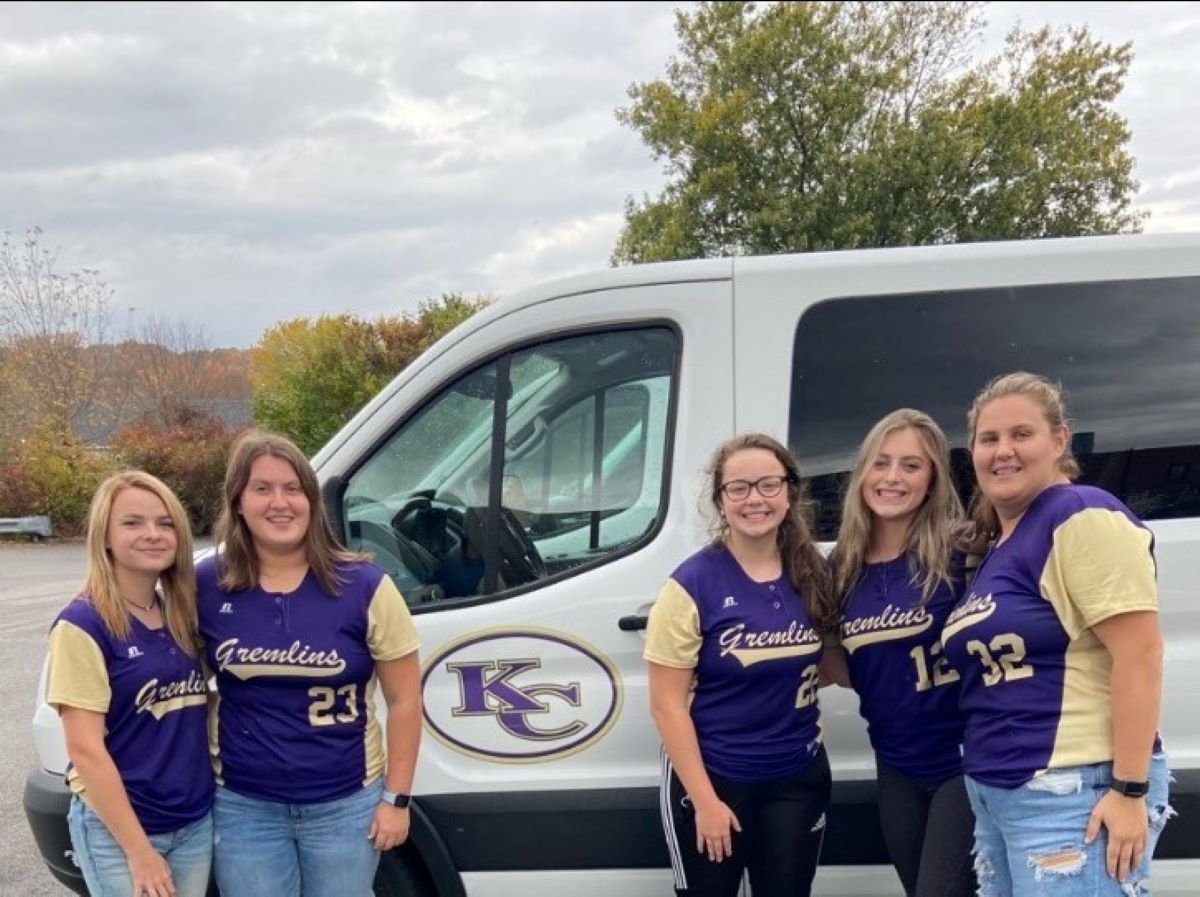 KARNS CITY, Pa. – The Karns City softball team has had a lot of success in recent years with a couple of District 9 and Regional championships and a D9 runner-up spot the last year there was a softball season in 2019.

But, perhaps, even more importantly the Lady Gremlins are also winning in the community, and that is evident again this year.

Members of the softball team are in the process of collecting toys and raising money for those less fortunate during the holiday season.

To collect the toys, the team is doing three stuff-the-van events at the high school with the first one slated for 1 p.m. to 4 p.m. Sunday, Nov. 29.

“We are going to be sitting outside the school and having people come and drop off toys for a few hours,” Whitmire said.

The additional dates for the stuff-the-van are Dec. 6 and Dec. 13 at the high school with both events being from 1 p.m. to 4 p.m.

“We’re also doing a fundraiser selling t-shirts,” senior Garrah Milochik said. “We’re going to donate the money to local foster families so they have Christmas dinner of can buy toys for their kids.”

T-shirts cost $15 for most sizes with extended size shirts going for $18. Anyone interested in buying t-shirts or donating toys who can’t make one of the stuff-a-van events are encouraged to send a direct message on the Karns City Softball Facebook page or call the high school at 724-756-2030.

The idea for donating toys and raising money came from head coach Mike Stitt and was quickly embraced by the players.

“Mike Stitt e-mailed us or texted us one day,” Milochik said.

“He was like who wants to volunteer,” Whitmire added. “He said he wasn’t going to tell us what it was, though. So, a few of us were like, yeah, we will do it.

“I was so excited when he told us what it was. It makes us feel really good.”

Milochik said the feeling of knowing the team could help those less fortunate was overwhelming.

“It makes us feel really great,” Milochik said. “This past year has just been really rough for everyone. Knowing that we can give back and raise money, yeah, that’ a really good feeling.”

Whitmire believes it is important to give back to those who have less.

“I feel it’s really important to show that we care,” Whitmire said. “It’s not like we’re above everybody else.”

Milochik said despite the team having its season canceled last year because of COVID-19, the team wants people to know that it is still in the community, still trying to do good things.

“It’s really important that our community knows that we’re still connected as a team, we still want them to know we care for them still,” Milochik said. “We would love their support for this project and for our season.”

Milochik, Whitmire, and their teammates – Marra Patton, Sarah Patton, and Zoe King are also involved in the fundraiser – would like to see other area softball teams get involved as well.

“We want to put it out there to like other softball teams or other communities if they want to challenge us and try to get more toys than we do and raise money for their schools and their communities,” Milochik and Whitmire both said. “It wasn’t just our team that got cut a season last year. We feel like it was all of us, and we are all in this together.”