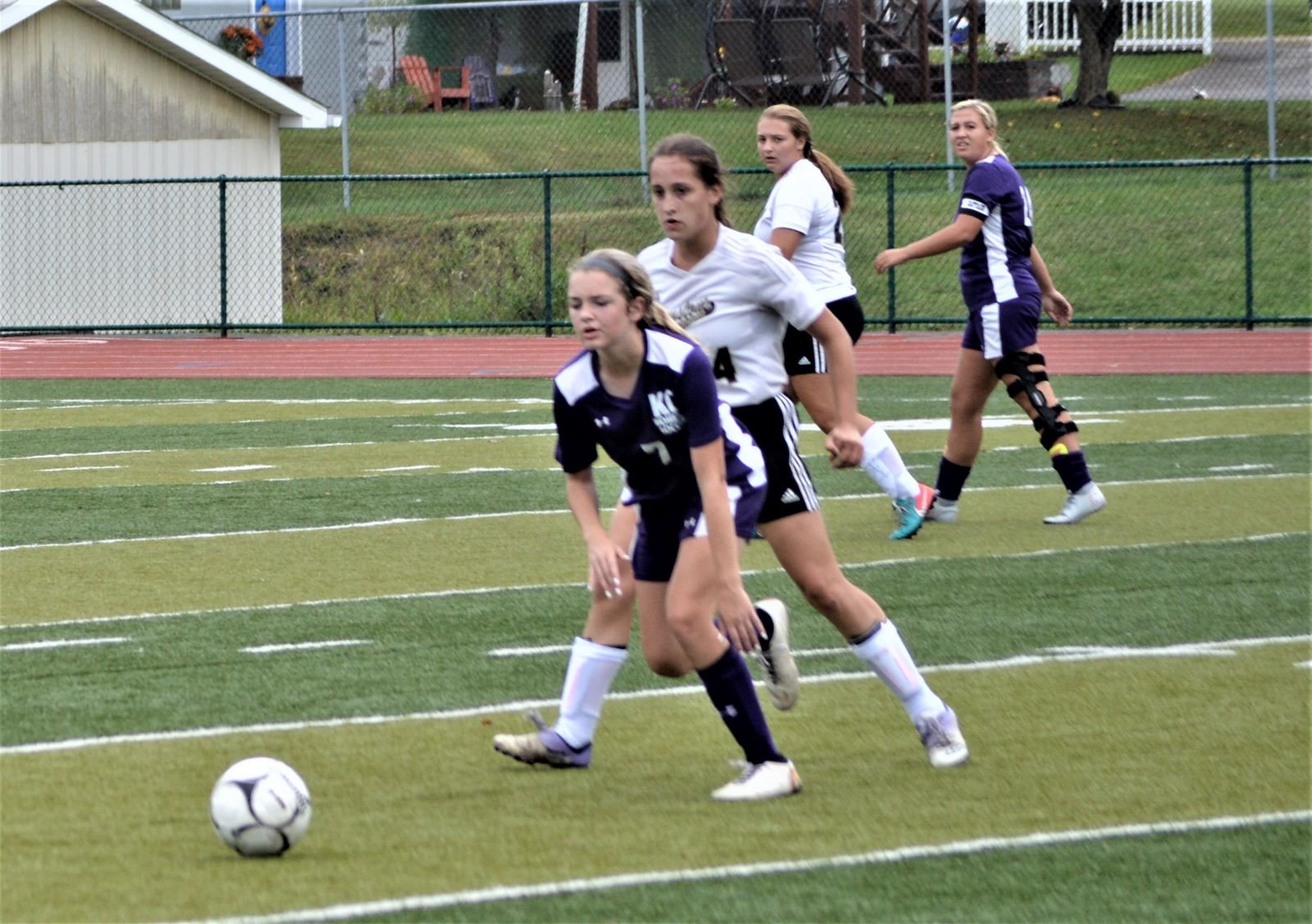 Avah Burke had the other goal for the Gremlins and Addy Christie added an assist.

With the win, Karns City, the No. 2 seed, advances to play top-seed Clearfield in the championship game on Tuesday at Brockway. The Bison received a bye into the finals.

FAIRVIEW, Pa. – Nathan George and Eli Yahn scored first half goals as Fairview clinched the Region 3 title with a 2-0 win over Mercyhurst Prep.

Jack Pikiewicz and Lee Hoover also found the back of the net for the Bobcats.

EDINBORO, Pa. – R.J. Benedict had a hat trick, including two goals in the second half to lead General McLane past Girard.

Dom Shrader scored two second-half goals for the Lancers and Cooper Robsons had the other GM goal.

Brandon Konieczki and Justin Hakel scored for the Huskies.