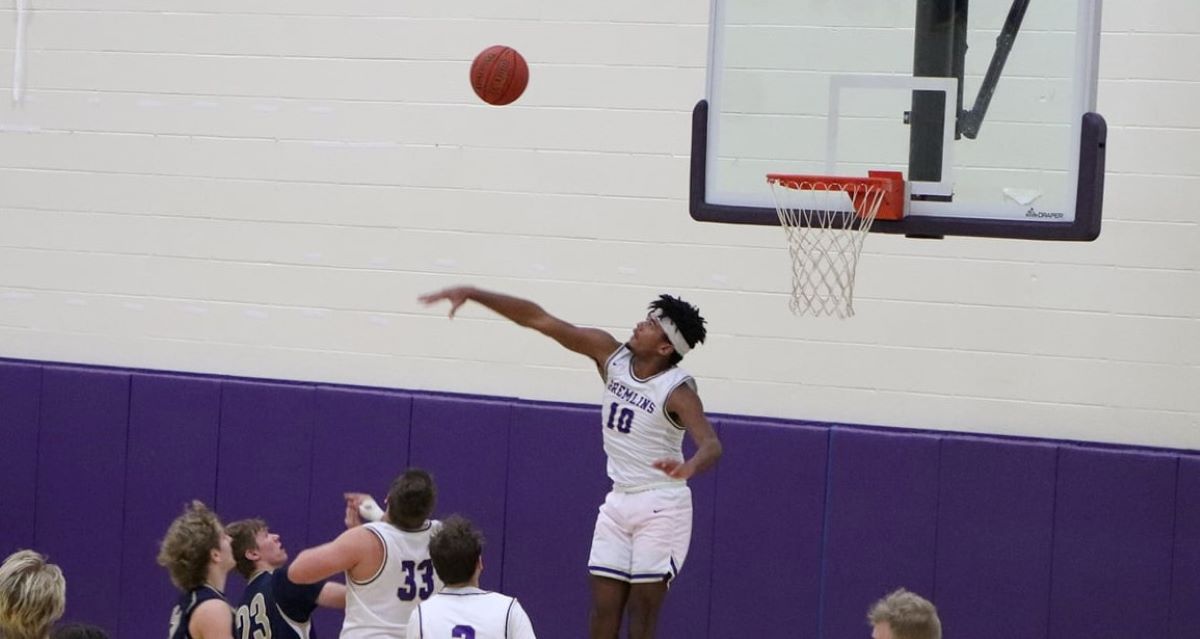 The game was tied at 38 at the end of regulation and then the teams exchanged baskets in the first half minute of overtime before Karns City got back-to-back hoops from Hobie Bartoe and Jacob Callihan then put the Gremlins ahead four, 44-40, with 2 ½ minutes left in the extra session.

Keystone got back within two, 44-42, on a Kyle Nellis basket with just over two to play in OT, but two Callihan free throws were followed by a Shane Peters basket and then an old-school 3-point play from Bartoe to allow Karns City to pull away.

The Gremlins forced overtime when Micah Rupp hit two free throws with just over a minute left in regulation.

Both teams then had turnovers in the final minute with Keystone’s Cole Henry called for a double-dribble with 49 seconds left, and Karns City’s Taite Beighley walking with a second to play.

Keystone actually got what could have been a decent look at the end of regulation when a Hail Mary pass to Henry was completed. But Henry’s wild shot from just outside the key as time ran out was off the mark.

The Gremlins led 27-26 going to the fourth quarter and then used a 5-0 run to open up a 34-30 advantage with just over five minutes to play.

But Keystone responded with six straight points, the final four from Henry, to go ahead 36-34 with 236 left.

Callihan tied the game at 36 when he scored on a fastbreak, but Nellis gave Keystone the lead back, 38-36, on a left-handed floater.

Nellis had a game-high 17 points for Keystone with Henry adding 10.

It was the seventh straight win for the Bulldogs, who are now over .500 for the first time this year at 9-8.

Keyser Sets Jamestown Scoring Mark as Panthers Top Muskies Jan 25, 2023
Jan. 25, 2023 Small College Hoops: Magestro, Batt Help Pitt-Johnstown to Win; No. 1 IUP Keeps Rolling
This website or its third-party tools process personal data.In case of sale of your personal information, you may opt out by using the link Do not sell my personal information.
×
Manage consent