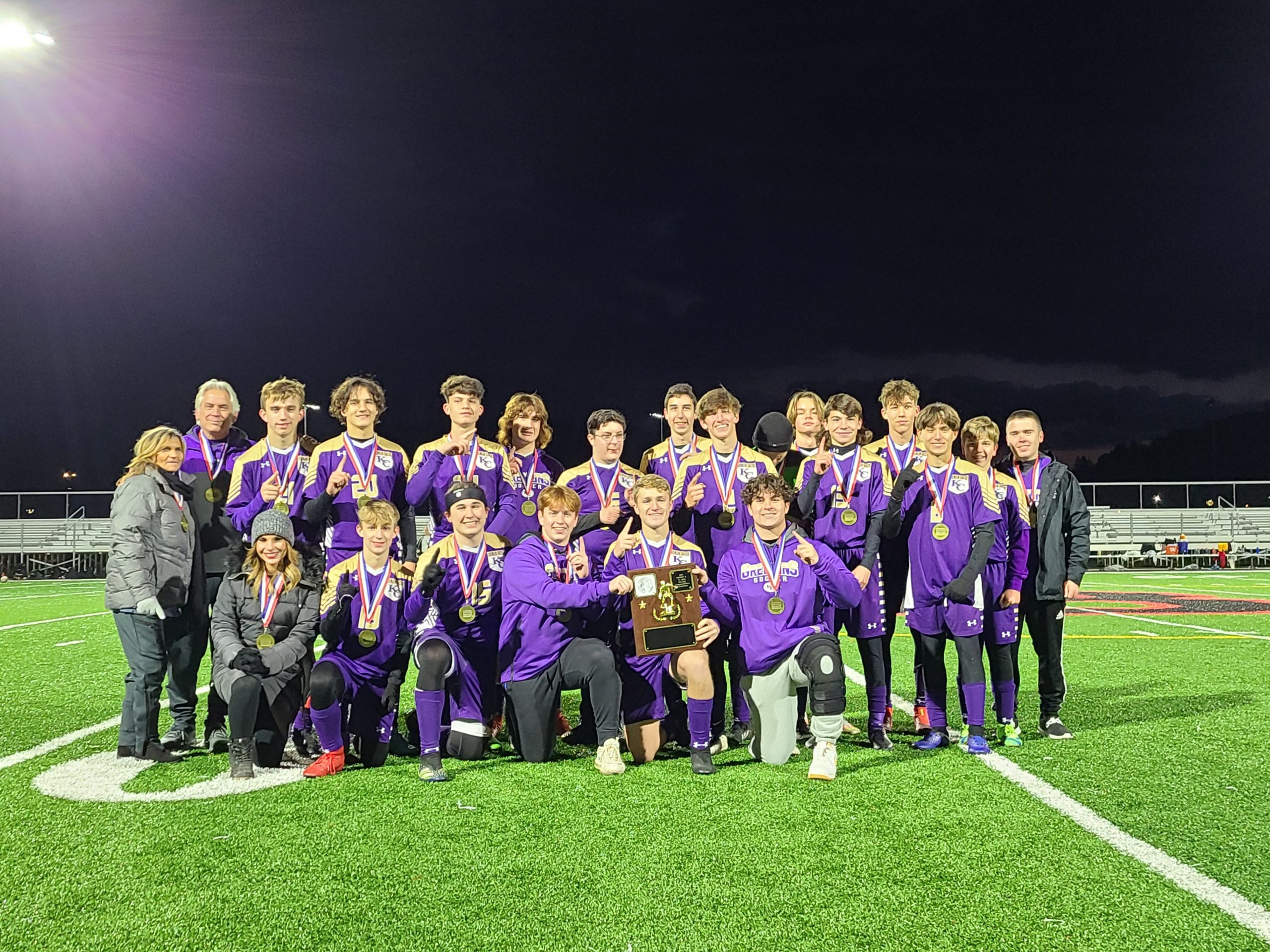 “Two in a row and going back to states,” said Karns City’s Mallick Metcalfe. “We’ve played together for a while and just knowing what one another are going to do keeps us together.”

The Gremlins scored a pair of goals in each half and maintained control of the game from start to finish.

It took Karns City just over four minutes to get on the board, as Myles McCully played a cross to Seth Bishop who did the rest to put the Gremlins on the board.

It was McCully who scored the lone goal in Karns City’s 1-0 win over Punxsutawney in the title game a year ago.

“I wasn’t expecting to score that fast,” said Karns City coach Jim Grenninger. “That was a great cross by Myles and Seth has a habit of finding the back post. Last year, that was one of those that as a freshman, he (McCully), if he lost the ball, he’d give up on it, but now, he keeps putting the pressure on.”

That goal stood until there was 18:20 to go in the first half and McCully made it goals in back-to-back D9 championship games, beating St. Marys keeper Casey Young for a 2-0 lead.

The defense for the Gremlins was equally impressive in front of keeper Luke Yasika.

“That whole back four, every time it looked like something would get through, I think Mallick (Metcalfe) or Cole (Sherwin) seemed to be sliding in behind and picking up the trash.”

The Gremlins did face some steady pressure, particularly from St. Marys’ Matt Palmer, as well as Dawson Krug and others. When they were able to put a shot on net, Yasika was up to the challenge.

“Luke Yasika, for as much as I’ve been on him this year, that is the game of his life,” Grenninger said.

In the final 40 minutes, it was Jacob Callihan’s turn to shine. The sophomore scored a pair of second-half goals to put the game out of reach.

“Speed-wise, I think we got burned out a little bit in the first half,” Grenninger said. “We’re down to five guys on the bench. We sub sparingly and move them around on the field as much as we can.”

With the win, the Gremlins advance to play District 5 champion Somerset in the first round of the PIAA playoffs on Tuesday, Nov. 9. Somerset beat Bedford in a shootout for their district crown on Thursday.

Villa Maria, Fairview Claim D10 Class 2A Soccer Titles
Dodd’s Penalty Kick in Overtime Sends Karns City Girls to Class 2A Title
We use cookies on our website to give you the most relevant experience by remembering your preferences and repeat visits. By clicking “Accept All”, you consent to the use of ALL the cookies. However, you may visit "Cookie Settings" to provide a controlled consent.
Cookie SettingsAccept All
Manage consent