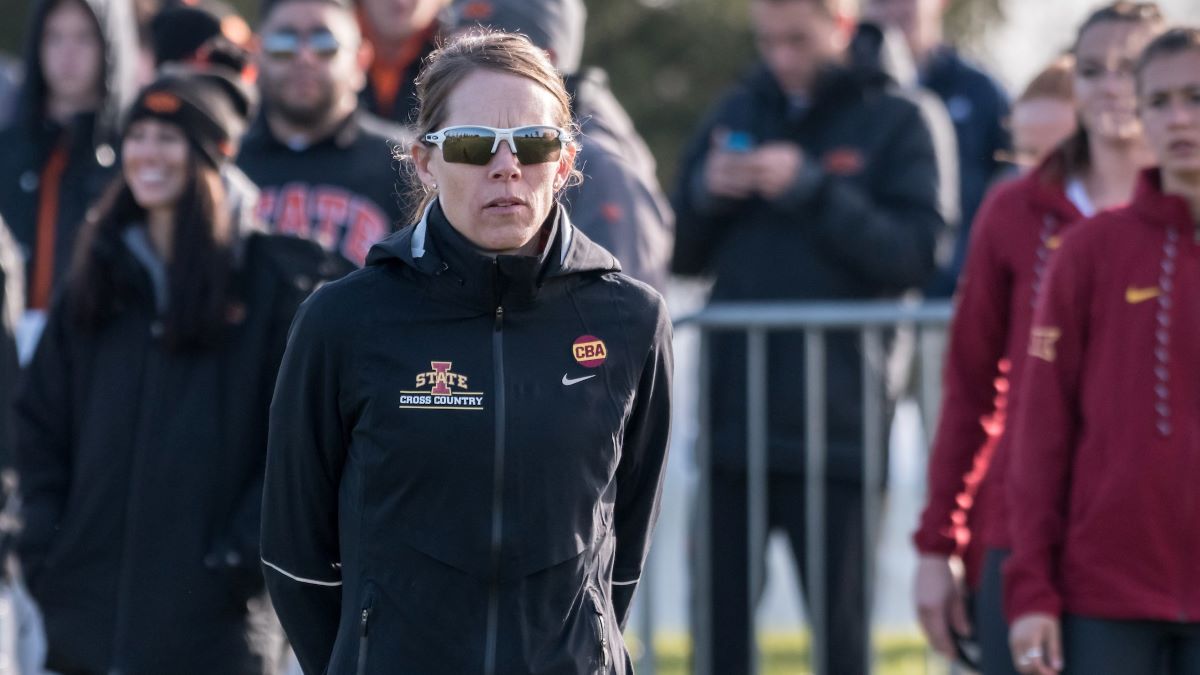 In her third year at the helm of the women’s cross country team, Rudolph led her squad to a perfect record in 2020. The Cyclones captured titles at the Bob Timmons Classic, Cowboy Jamboree, and capped off the season with another Big 12 title, the team’s eighth in the last 10 seasons.

Rudolph continued to groom a youthful team. Underclassmen Brenna Cohoon, Winrose Chesang, and Dana Feyenall raced to All-Big 12 finishes at the Conference Championship at Rim Rock Farm. Caile Logue continued her individual dominance under Rudolph, winning both regular-season races, as well as the individual Big 12 crown, her third in the last three seasons. Logue was named the Big 12 Women’s Runner of the Year and Cohoon the Big 12 Women’s Newcomer of the Year.

This is the second time in her career that Rudolph has been named the Big 12 Women’s Cross Country Coach of the Year.

As a collegian at Providence, she won two NCAA Championships (indoor mile and outdoor 1,500) in 1994, earned 10 All-American awards, and was a three-time BIG EAST champion in the 3,000. Rudolph was inducted into the Friars’ Athletics Hall of Fame in 2008.

A life-long runner, she ran her first competitive race – 50-yard dash – at the age of 6.

Becoming the Associate Head Women’s Cross Country Coach/Assistant Track and Field Coach at Iowa State in 2018, Rudolph has guided the Cyclones to three straight Big 12 Cross Country titles. She was also named the Big 12 Coach of the Year in 2018. Her 2019 team finished fourth at the NCAA Division I Championships, and her 2018 squad was 15th after winning the NCAA Division I Midwest Regional Championship.

Rudolph also has coached at Drake, Auburn, Providence, and Bryant.

Clarion’s Campbell Notches 400th Career Win at Clarion in D9 Semifinal Win Over Oswayo Valley
The River 98.9 FM to Audio/Video Broadcast D9 Class 1A Volleyball Championship Saturday
This website or its third-party tools process personal data.In case of sale of your personal information, you may opt out by using the link Do not sell my personal information.
×
Manage consent