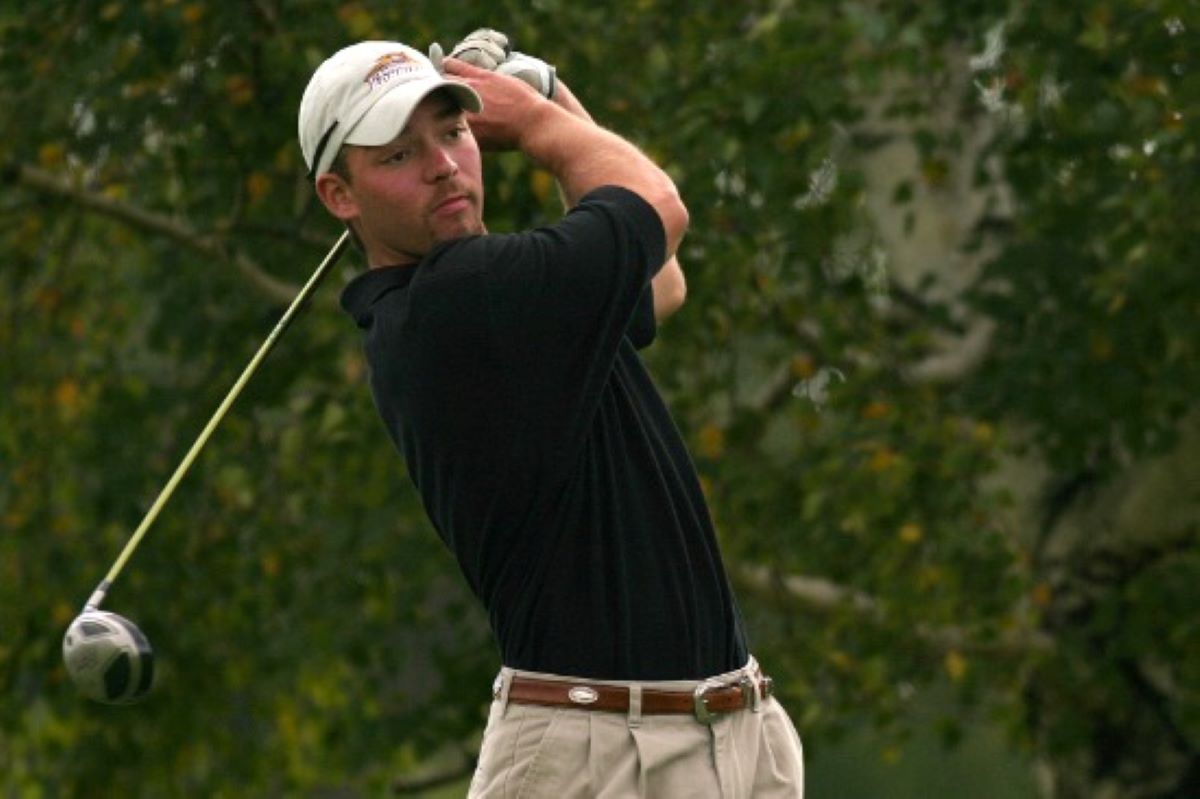 ST. BONAVENTURE, N.Y. – Josh Anderson, a 2002 graduate of Kane High School, was recently inducted into the St. Bonaventure University Athletics Hall of Fame as part of the Class of 2021.

A 2006 graduate of St. Bonaventure, Anderson’s name is at or near the top of every category in the school’s rec ord book.

A four-year player and captain for coach Steve Campbell’s Bonnies, Anderson turned in some of the finest seasons of any St. Bonaventure golfer.

His senior season of 2005-06 remains the campaign by which all Bonnies players are judged by in terms of season scoring as he finished that year with a stroke average of 73.00, lowest in program history. He captured three victories and five-top 5s that season, also tied for most in school history, and all 27 of his rounds were in the 70s or lower. His total of 71 birdies as a senior continue to rank sixth in the program record book as well while his par-4 average of 4.12 currently ranks best over a full season and his par-5 average of 4.78 stands second. He was the leader of a Bonnies team that earned four tournament victories, tied for third in school history while finishing the year with its best-ever GolfStat national ranking.

Anderson also ranks second in the program record books for low-36 hole total (137) and fourth for low-54 hole total (209) while his five career tournament victories stands tied for most all-time. His 166 career birdies are among the program top-10 and his career scoring average of 75.8 is seventh all-time in Bonnies history.

Anderson becomes just the second exclusively golf athlete to enter the St. Bonaventure Athletics Hall of Fame, joining Chris Blocher who was part of the Class of 2011. Sam Urzetta was a member of the first induction Class of 1969, but was also inducted for his work as a men’s basketball player. Longtime coach Leo Keenan was inducted in 1993.

While at Kane, Anderson won the 2001 District 9 golf championship.

Also indicated into the Hall of Fame as part of the Class of 2021, which was inducted Jan. 29, were Marques Green ’04 (men’s basketball), Dana Mitchell ’10 (women’s basketball), Joe Rizzo ’07 (baseball), Kristin Snyder Clarke ’90 (women’s soccer) and Sherri Thompson ’10 (softball). Larry Sudbrook was voted into the St. Bonaventure Athletics Hall of Fame, as well, but has deferred his induction to 2023.

Obituary: Barry Morgan Was All About Telling the Student-Athlete Story
Reynolds Grad Leise Named PSAC Wrestling Athlete of the Week for Gannon
This website or its third-party tools process personal data.In case of sale of your personal information, you may opt out by using the link Do not sell my personal information.
×
Manage consent