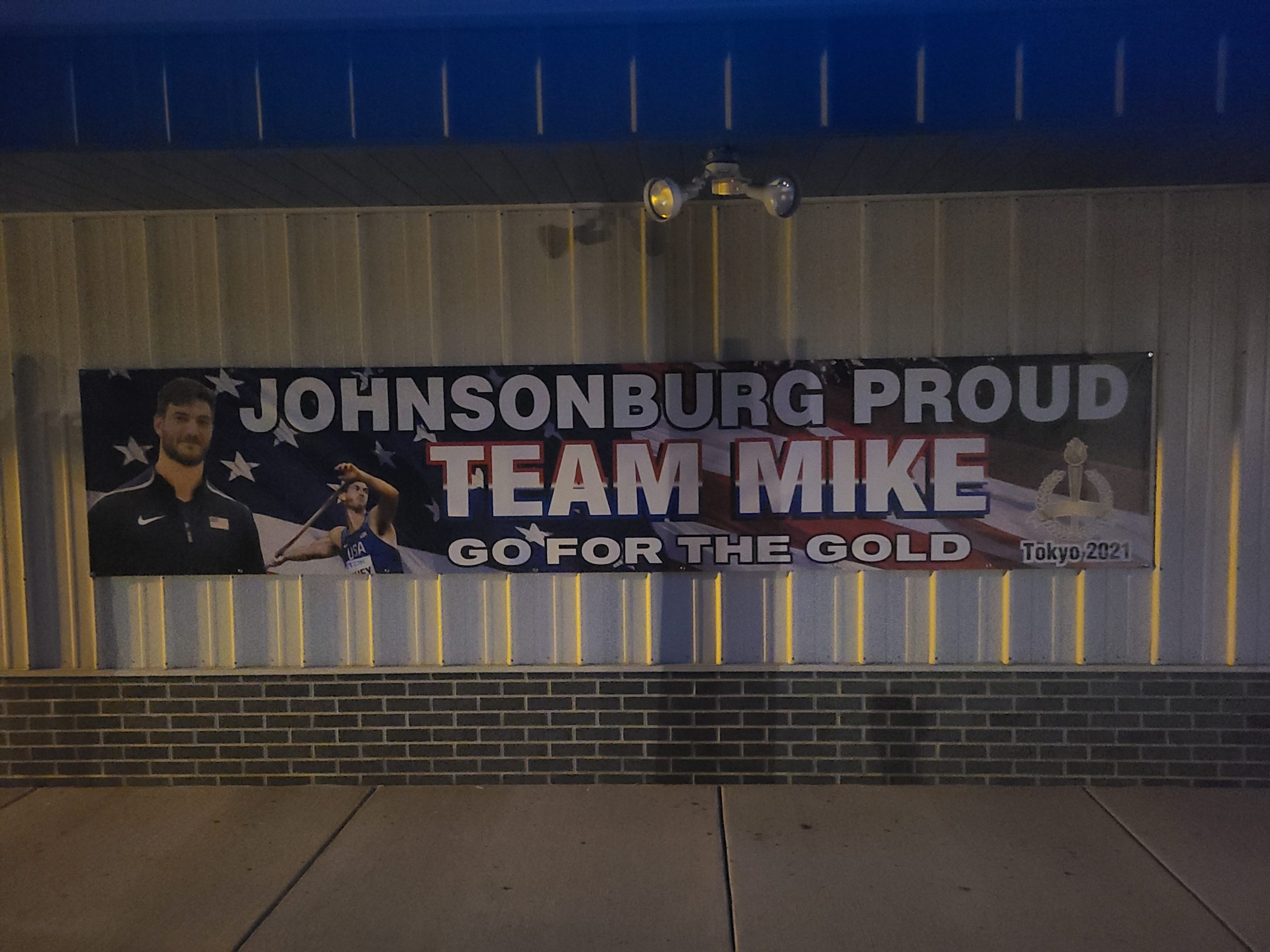 TOKYO – Johnsonburg native and Olympian Michael Shuey made his hometown and region swell with pride on Tuesday (Wednesday morning in Tokyo).

Shuey competed as part of Group A in the Olympic Men’s Javelin qualifying competition, with the top 12 throwers and those who met the 83.50-meter threshold advancing to Saturday’s finals.

It wasn’t the outcome Shuey hoped for, fouling on all three attempts, but his hometown, including those in attendance at the Johnsonburg Fire Hall watch party let him know just how proud they were of him for making it to Tokyo.

Shuey appeared to be battling through an injury, as he could be seen visibly limping on the NBC Sports app telecast.

All throughout Johnsonburg (and all of Elk County, as well as Kane for that matter) banners and signs hung in support of Shuey.

One of the many signs displayed in Johnsonburg for Olympian Michael Shuey.

Vetter, considered the favorite coming in, cracked the top 12 on his final throw.

The crowd for the watch party at the Johnsonburg Fire Hall gets set to watch Michael Shuey compete.

Curtis Thompson, the other United States competitor in the javelin who won the US trials in Oregon, finished 10th in Group B with a throw of 78.20 meters.

Live from the Watch Party in Johnsonburg for Michael Shuey at Johnsonburg Fire Hall
Grove City College Football Making it a Point to Recruit, Win with D9 and D10 Players
This website or its third-party tools process personal data.In case of sale of your personal information, you may opt out by using the link Do not sell my personal information.
×
Manage consent