Johnsonburg’s Michael Shuey Set to Throw Javelin in Group A of the Qualifiers Tuesday at 8:05 P.M. EDT 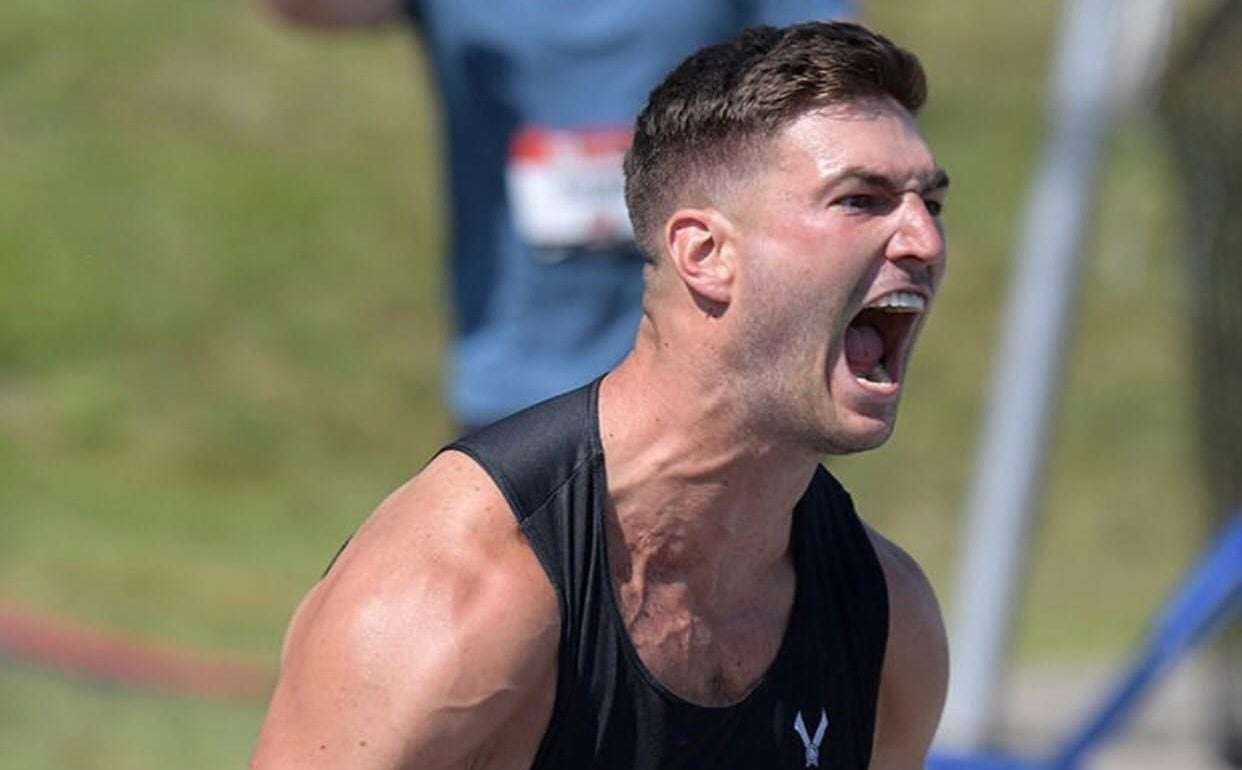 TOKYO – Johnsonburg’s Michael Shuey will be a part of Group A in the Olympic Men’s Javelin qualifying competition Tuesday, Aug. 3.

Each group consists of 16 throwers with each thrower getting three attempts. To advance to the finals, which are being held at 7 a.m. EDT Saturday, Aug. 7 (8 p.m. Japan time the same day) a thrower must throw 83.50 meters or finish with one of the best 12 throws.

Shuey enters the competition with the ninth-best throw this season having tossed 85.67 a couple of weeks ago at an invitational at East Stroudsburg. That throw is also Shuey’s personal best, although it ranks much lower among the competitors’ personal-best throws at 24th.

Shuey is trying to become the first United States javelin thrower to qualify for the Olympic finals since Breaux Greer finished 12th in 2004 in Athens. Greer was also 12th in Sydney in 2000.

The last American to finish in the Top 10 in the event was Tom Puksyts, who was eight in 1996 at the Atlanta Games. Michael Barnett finished seven at Barcelona in 1992 with Puksyts taking 10th while TGom Petranoff was 10th and Duncan Atwood 11th in 1984 in Los Angeles.

William Schmidt is the last US thrower to medal taking the bronze in 1972 in Munich. Sam Colson holds the highest American finish since then taking fifth in 1976 in Montreal. Fred Luke was also eight in 1972.

The odds-on-favorite to win the event is Germany’s Johannes Vetter, who has the top throw in the field this year at 96.29 meters and the top personal-best throw as well at 97.76 meters. Vetter is also in Group A in the qualifying round.

Three additional throwers have cracked over 90 meters in their career, although two of them have failed to break 80 meters this year.

Trinidad & Tobago’s Keshorn Walcott has a personal best of 90.16 and has the third-best throw this year at 89.12 behind only Vetter and Poland’s Marcin Krukowski, whose 89.55 meters this year is his personal best.

Walcott and Krukowski are both throwing in Group B.

Kenya’s Julius Yego (92.72 meters) and Chinese Taipei’s (Taiwan) Chao-Tsun Cheng (91.36 meters) have both broken 90 meters in their careers but neither has a throw nearly that far this year with Yego’s best throw being 75.58 meters and Chengy’s being 73.22 meters seeding them as the 31st and 32nd throwers in the 32-thrower field based on this year’s throws.

Both Yego and Cheng are throwing in Group B.

Germany’s Thomas Rohler won the gold in Rio with a toss of 90.30 meters.

The field, though, is loaded with throwers capable of throwing over 86 meters.

Egypt’s Ihab Abdelrahman has thrown a career-best 89.21 meters, although his best this year is just 83.88 meters. He is in Group A.

The Czech Republic’s Jakub Vadlejch also has a career-best throw of 89.73 meters, although he enters having thrown only 82.32 meters this season. He is also in Group A.

Three additional throwers have gone over 86 meters in their career led by Sweden’s Kim Amb (86.49 meters). He is joined by Romania’s Mihaita Alexandru Novac (86.37 meters) and India’s Shivpal Singh (86.23 meters) as 86-plus meter career throwers. Amb’s best throw this year is only 79.72 meters with Novac checking in at 81.31 meters and Singh at 81.63 meters. Amb and Novac are in Group A with Singh in Group B.

The only other American in the field is Curtis Thompson, who is in Group B. Thompson’s best throw is 82.88 meters and his best this season is 82.78 meters. Thompson won the US Trials in Oregon.

NOTES – Fans should be able to watch all of Shuey’s throws live by downloading the NBC Sports app. The app has been showing individual events live via streaming … A watch party is tentatively planned for the Johnsonburg Fire Hall as well. More information on that will be available after 4 p.m. Tuesday. Check out Joyce Melatto’s Facebook page for more details.

Aloha, Mr. Byers. Keystone Graduate Makes Competitive Cheer Team at Hawaiʻi-Mānoa
Shuey Watch Party Set for Tuesday Night
We use cookies on our website to give you the most relevant experience by remembering your preferences and repeat visits. By clicking “Accept All”, you consent to the use of ALL the cookies. However, you may visit "Cookie Settings" to provide a controlled consent.
Cookie SettingsAccept All
Manage consent