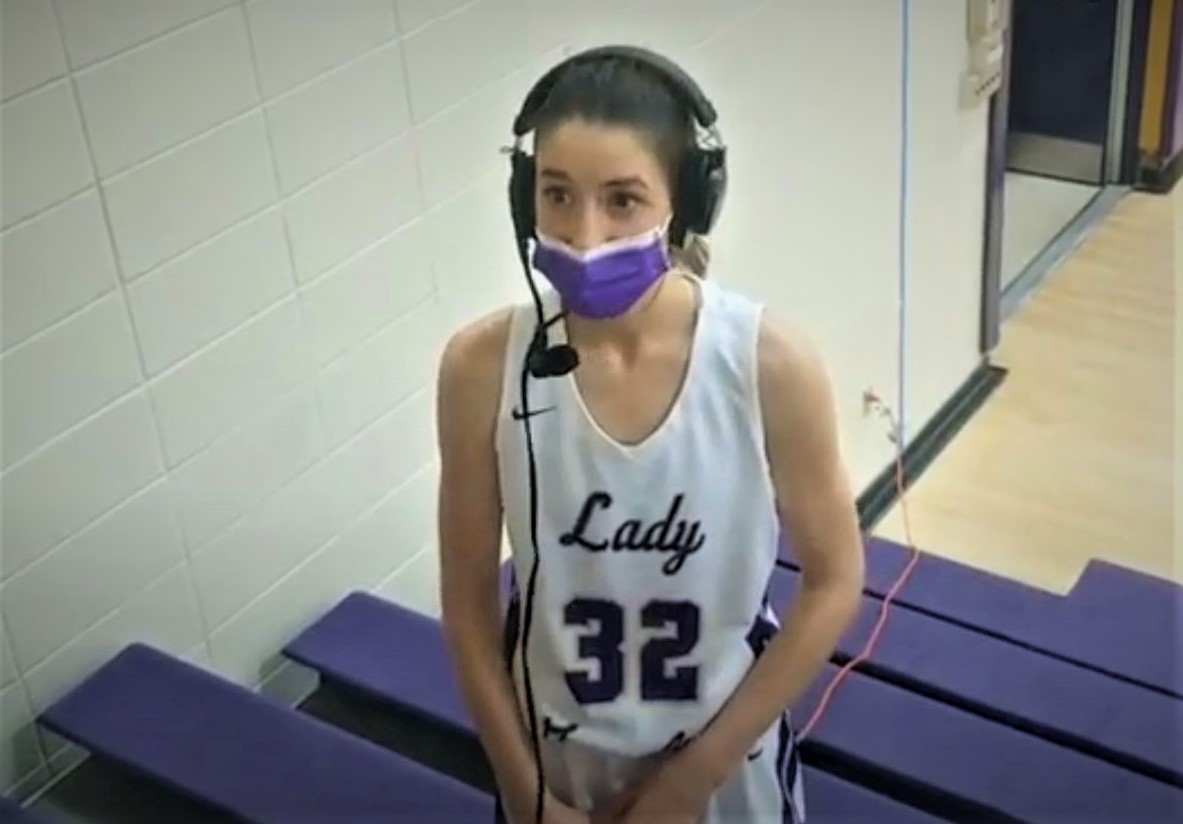 ST. MARYS, Pa. – Tami Geci scored 11 of her 15 points in the second half to help Elk County Catholic rally past visiting Port Allegany, 54-46.

The Lady Crusaders trailed, 24-20, at halftime after being outscored 14-3 in the second quarter but outpaced the Lady Gators 34-20 after halftime.

Bree Garzel netted a game-high 31 points to go with six rebounds and four assists in a losing effort for Port Allegany. Garzel, who hit seven 3-pointers in the contest, was a factor in all but one of the Lady Gators’ 14 hoops on the day with nine made shots and the four helpers.

The game was tied at 15 at halftime, but Karns City outscored Clarion, 10-7 in the third quarter behind eight points from Johns, who hit two of the Lady Gremlins four 3-pointers in the contest.

Johns talked about the victory.

Ava Cherico, who hit a pair of threes for Clarion, led the Lady Cats with 10 points, while Erica Selfridge scored nine.

The Red Raiders, who forced overtime tied at 46 on a Dylan Guisto layup with about seven seconds left in regulation, had a chance to win the game but a last-second off-balance 3-pointer by Guisto was off the mark.

Breindl led a balanced ECC attack with 13 points with Mason McAllister adding 12 tallies, including four in overtime, and Mark Kraus 11.

Rewatch the game via the River 98.9 with Gary Mitchell on the call.

SMETHPORT, Pa. – Richie McDowell went a perfect 8-for-8 from the free-throw line in the fourth quarter, as Smethport pulled away from visiting Port Allegany, 56-42.

McDowell, who scored a team-high 16 points while going 11 of 12 from the free-throw line, helped the Hubbers expand a two-point lead, 40-38, going to the final eight minutes with his work from the charity stripe.

Trey Kleitz scored a game-high 27 points for Port Allegany while hitting four 3-pointers but was limited to just two points, on a pair of free throws, in the fourth quarter when the Gators scored just four points.

Trailing, 33-30, at halftime, Karns City took a 53-49 lead by the end of the third quarter thanks to 10 third-quarter points from Kramer. Kramer finished the night with 12 points and nine boards.

Beighley then took over in the fourth quarter scoring 10 of his team-high 25 points in the final eight minutes while going 7 of 8 from the free-throw line to help put the game away.

Nathan Waltman added 14 points, 10 rebounds, and six assists in the victory for the Gremlins, while Michah Rupp chipped in seven points.