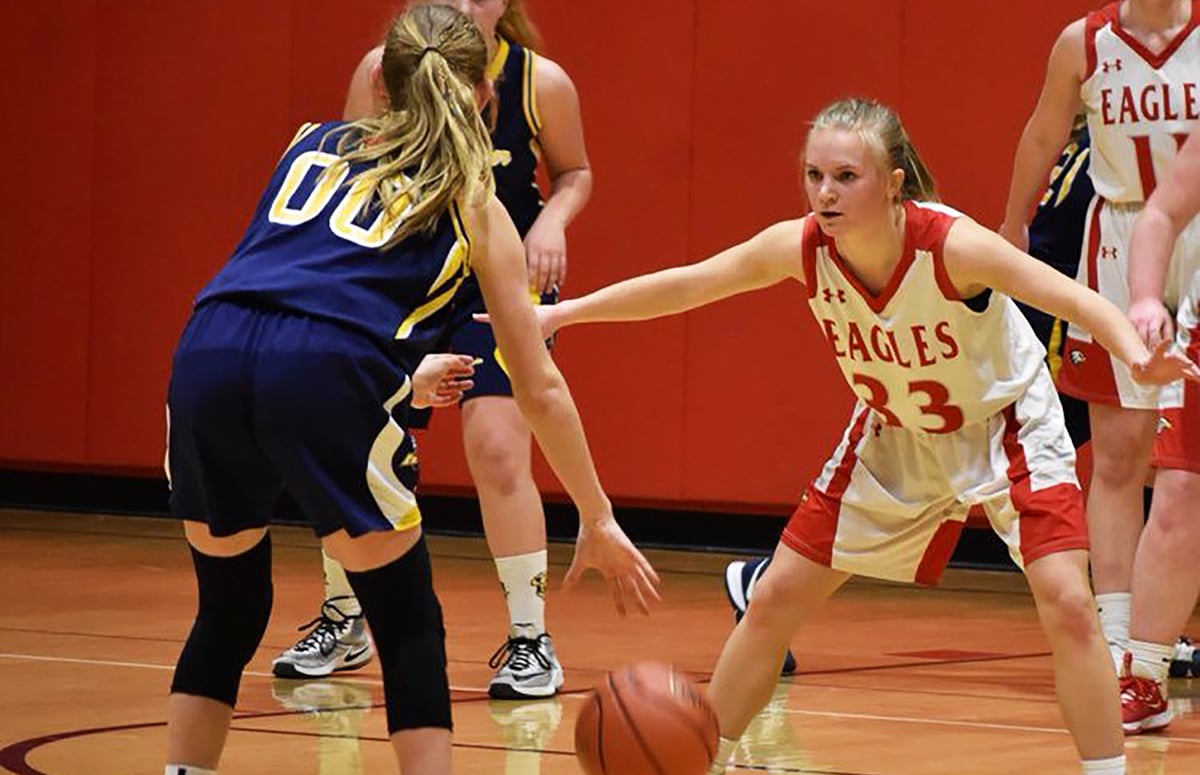 FAIRVIEW, Pa. – Fairview turned in another dominant defensive effort in a 50-22 non-region win over Corry.

The Eagles built a 24-5 halftime lead en route to the victory.

Olewine scored 10 of her 17 points in the first half, while Rafalski had 13 points and Olivia Darling finished with six points.

FRANKLIN, Pa. – Franklin outscored Saegertown 19-12 in the fourth quarter to rally for a 42-38 win over Saegertown.

Lauren Billingsley led the way for Franklin with 13 points, while Estella Adams netted 13 to go with five rebounds.

Camdon Bashor had eight rebounds and three blocks for the Lady Knights.

Mollie Przybrowski had 12 points and Maggie Triola 10 for Saegertown.

The Royals, who were coming off a long layoff, got 15 points from Torreuna Roberts in the win, while Amara Mims and Arianna Mitchell tallied seven each.

Nadia Lape had 14 points for Mohawk.

The Knights went on a 22-11 run in the second quarter to take a 32-23 halftime advantage. During the second-quarter surge Curry scored 12 of his 17 points.

Fulmer, who finished with 18 points, went 8-of-8 from the free-throw line, including 4-of-4 in the fourth quarter. Scott Walters added seven points and Luke Guth six for the Knights.

Erie had eight players make their way into the scoring column, led by Shaquon Horton’s eight points. Julez Carruthers added seven points for the Royals and Denzel Driver and Andreas McCullum six each.

The Beavers built a 13-point first-quarter lead and survived a late Seneca rally. Nick Brundage added 13 points for the Beavers.

HERMITAGE, Pa. – Hickory turned in a dominant defensive performance in a 63-21 win over Erie First Christian.

HERMITAGE, Pa. – Elijah Harden scored 23 points as Kennedy Catholic earned its second win in as many nights, 62-55 over Chaney (Ohio).

The Golden Eagles outscored Chaney by nine in the fourth quarter en route to the win.

Malik Lampkins-Rudolph finished with 17 points and Gio Magestro 15 for KC.

McElhinney scored 23 points and Keyser 20 in the win.

Jan. 8, 2022 District 9 and District 10 Basketball Scores
D9 Girls/Boys Hoops: Sheelers Leads O-E Girls to NTL Win; Punxsy Boys Top Clarion; ECC Boys Back on Winning Track
This website or its third-party tools process personal data.In case of sale of your personal information, you may opt out by using the link Do not sell my personal information.
×
Manage consent