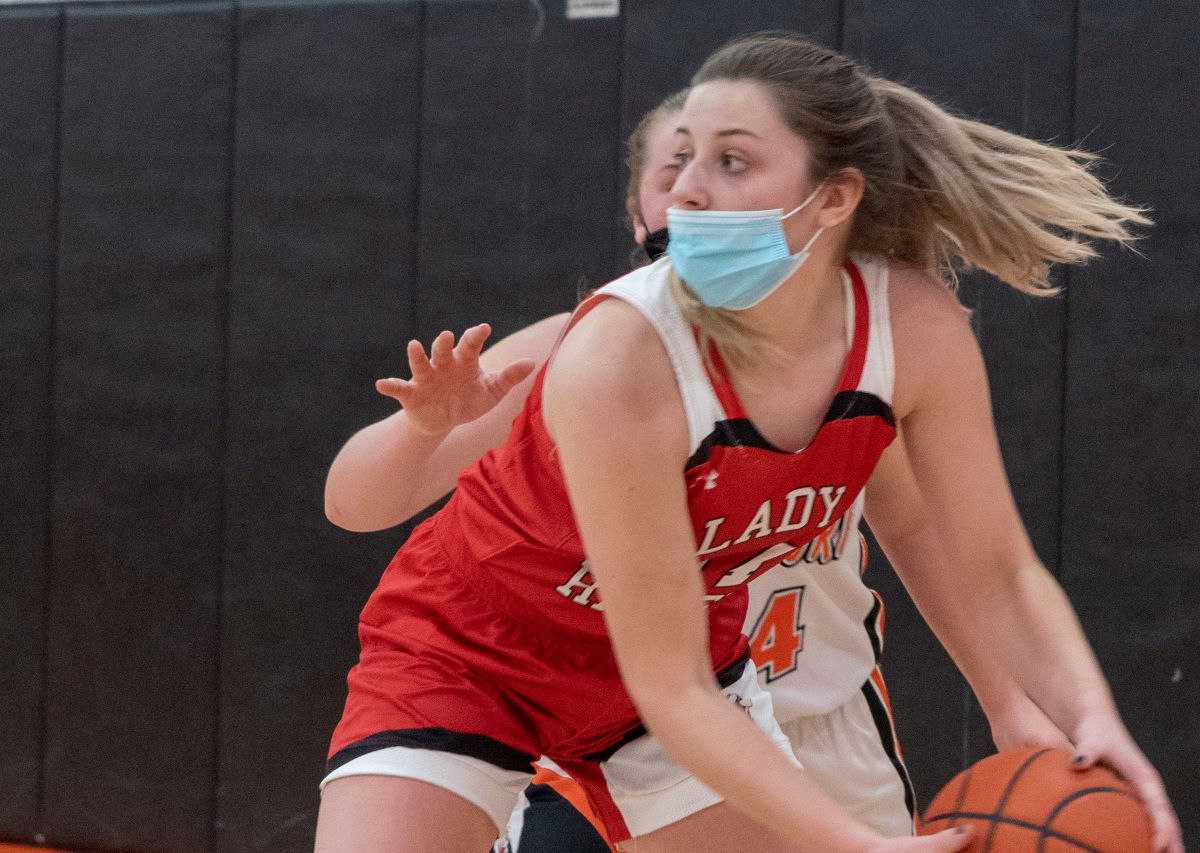 BELLEFONTE, Pa. – Lennon Lindholm scored 13 of his game-high 21 points in the fourth quarter, as visiting DuBois held off Bellefonte, 64-60, in its season opener.

The Beavers built an eight-points, 28-20, halftime lead on the strength of six points from Brady Woodward and five from Lindholm only to watch Bellefonte score 40 second-half points.

Blair Eckey-Jones scored 13 of his team-best 18 points in the second half for the Red Raiders who also got 14 points from Nick Way.

PUNXSUTAWNEY, Pa. – Three players reached double figures in scoring for the hot-shooting Brookville Raiders in their 66-42 win at Punxsutawney.

Danny Lauer led the way with 18 points on 6-of-7 shooting while Griffin Ruhlman and Jace Miner each finished with 15 points. The Raiders nailed 22 of 39 shots from the field for a 54.6 percent night from the field.

The Chucks were within five points of the Raiders at 30-25 with just under a minute to go in the first half before a 5-0 Raiders run before the end of the half put them in a double-figure lead for good.

Gabe Kengersky and Andrew Young each scored 12 points for the Chucks, who were 6-for-20 from the 3-point line in the first half before setting for 8-for-29. Kengersky scored nine of his points on three treys in the second quarter.

Beighley scored a team-high 29 points and added five assists for the Gremlins, who trailed 52-44, going to the final eight minutes, while Waltman had a double-double with 22 points and 10 rebounds.

Moniteau, which started fast and led 21-12 at the end of the first quarter and 34-28 at halftime, got a game-high 30 points from Kyle Pry, who also added eight rebounds. Pry was 11 of 16 from the free-throw line.

Chason Delarosa-Rugg chipped in 16 points for the Warriors, while Mason Mershimer scored nine points and gathered in eight rebounds.

Micah Rupp had a game-high 15 rebounds for Karns City, while also adding a point, and Luke Cramer added 12 points.

Moniteau fell to 0-3 on the season, while this was Karns City’s first game.

The Crusaders led 22-20 at the break but outscored the Panthers, 16-6, in the third quarter behind seven points from Breindl.

It was the first meeting between the team since Northern Potter beat ECC, 49-48, in the 1990 DIstrict 9 Class 1A title game.

Hayden Brown added 20 points for the Red Raiders, including 14 in a 25-point first quarter that helped Cameron Count take a 25-1 lead after eight minutes.

WEST SUNBURY, Pa. – Aslyn Pry scored eight of her game-high 20 points in the fourth quarter and overtime, as Moniteau rallied past visiting Karns City, 51-48, in overtime.

Moniteau trailed 42-37 with 1:15 to play but got within two on a 3-pointer by freshman Catherine Kelly.

Then, in overtime, an Emma John’s 3-pointer gave Karns City a 48-47 lead, but Pry, who added eight rebounds despite picking up three first-quarter fouls, scored another old-school 3-point play to put Moniteau up 50-48.

Kelly, who hit three 3-pointers, added a career-high 17 points in the victory.

Each of Moniteau’s last three games – albeit over a 10-month period – have gone to overtime. The Lady Warriors lost to Brookville in last year’s District 9 Class 3A title game then beat Clarion in overtime in the season-opener this year, Dec. 11.

Kaelee Bresslin led Cameron County with 19 points while going 9 of 11 from the free-throw line, while Hailey Hilfiger had a double-double with 13 points and 14 rebounds while adding four steals.

Mallory McKimm chipped in 11 points in the win, and Reggie Goodrow scored 10.