Jan. 6, 2022 D9 Boys’ Hoops: McGarry Gets Hot in OT as Cville Rallies past Brockway; Coudy, Brookville Pull Away for Wins 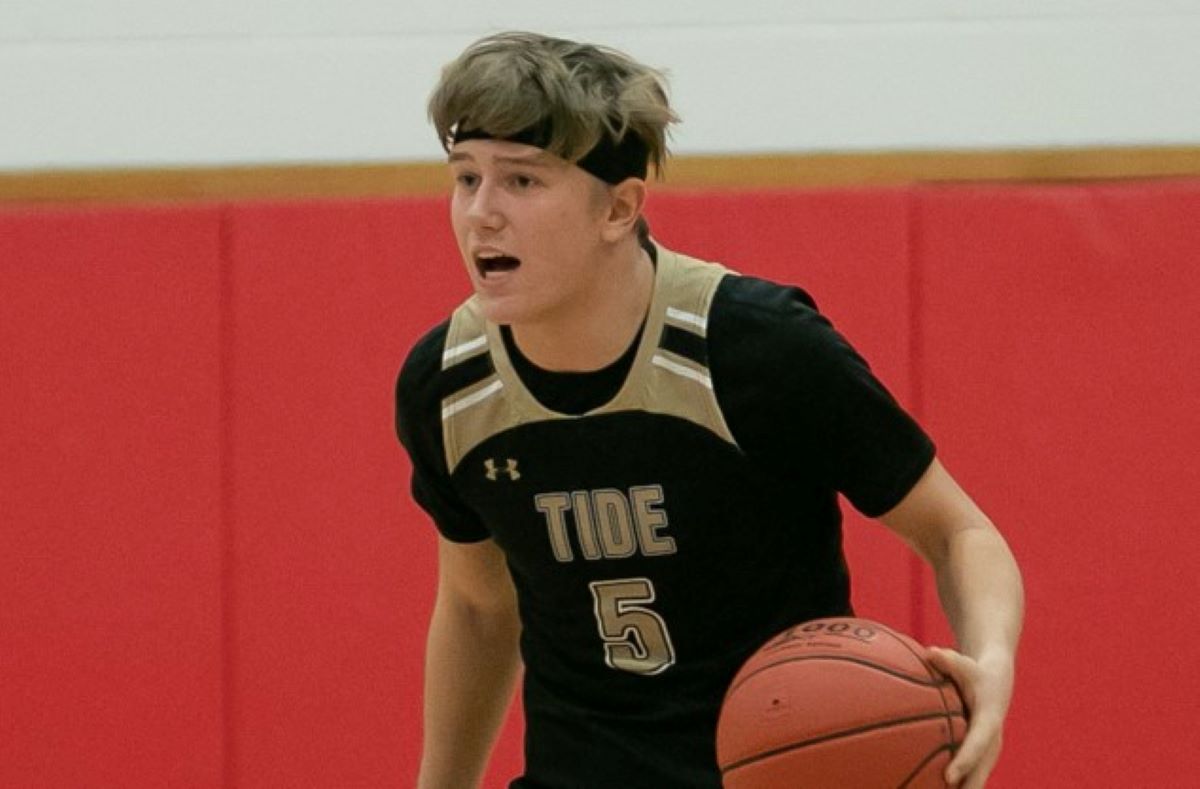 The Golden Tide trailed by five, 37-32, late in regulation before Andrew Wassil hit a 3-pointer to get them within two, his only made shot of the night, and Ty Terry hit two free throws to tie the game.

Then in overtime McGarry, who hadn’t hit a 3-pointer on the night, got hot to help Curwensville outscore Brockway 11-3 in the extra session.

McGarry led the Golden Tide with 16 points with Terry, who was held mainly in check, finished with 14 points including nine in the second quarter when he hit three 3-pointers.

The Falcons trailed 18-17 at halftime but outscored the Hubbers 48-15 in the second half including 25-8 in the third quarter.

SMETHPORT, Pa. – Camdyn Allison scored 15 of his game-high 18 points in the middle two quarters to help visiting Cameron County to a 58-37 win over Smethport in NTL play.

The Red Raiders and Hubbers were tied at eight at the end of the first quarter before Allison scored nine points in the second quarter to help Cameron take a 29-13 halftime lead.

Alison then added six more points in the third quarter, as the Red Raider advantage extended to 46-22.

Hayden Brown added 17 points in the win with Brevin Lewis chipping in eight.

Blaine Moses added six points and a team-high 12 rebounds for the Gators despite some foul trouble, and Noah Archer and Ty Guilds both had solid all-around games.

BROOKVILLE, Pa. – Fueled by a strong defensive surge in the second half that limited Punxsutawney to 11 points, Brookville pulled away for a 66-35 win to stay unbeaten.

The Raiders led the visiting Chucks, 27-24, at halftime before outscoring them 39-11 the rest of the way for the District 9 League win.

The Chucks got Noah Weaver into double figures as he scored eight of his 10 points in the first half. Gabe Kengersky and Donnie Neese each scored eight points.

Jan. 6, 2022 Wrestling: Corry, Clarion, Curwensville Notch Victories
Jan. 6, 2022 D9 Girls’ Hoops: Wood Lifts Brockway Past Brookville; Moniteau Beat Karns City
We use cookies on our website to give you the most relevant experience by remembering your preferences and repeat visits. By clicking “Accept All”, you consent to the use of ALL the cookies. However, you may visit "Cookie Settings" to provide a controlled consent.
Cookie SettingsAccept All
Manage consent