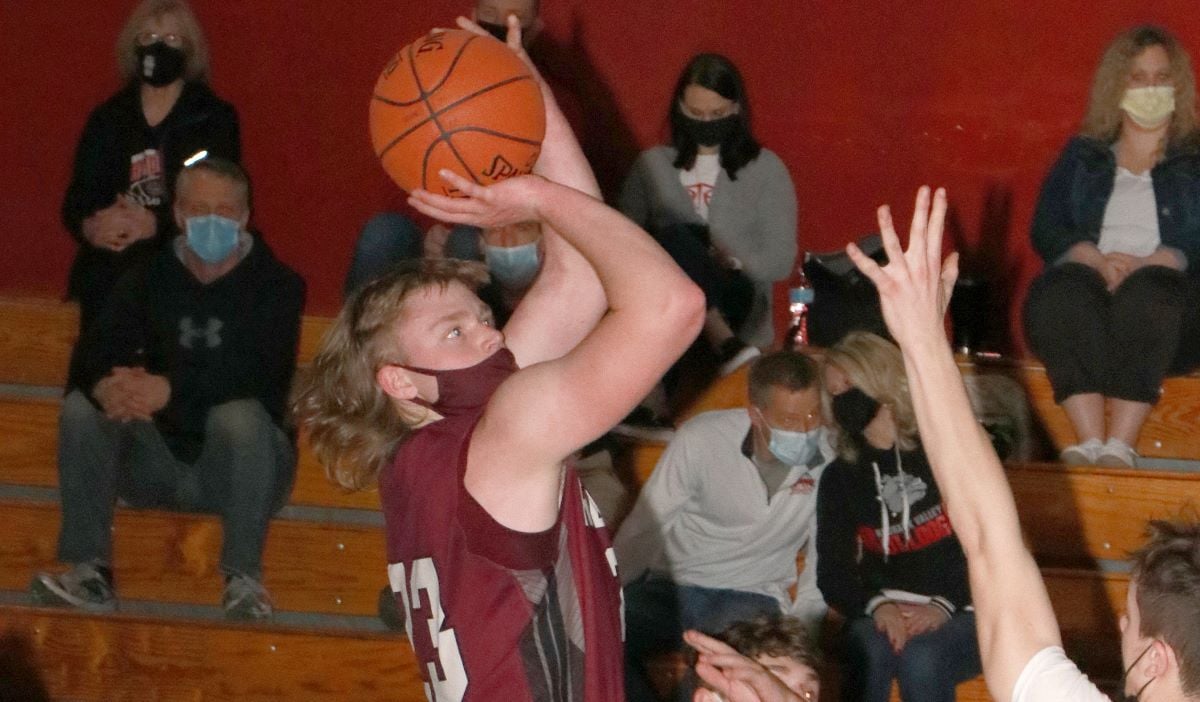 Park scored nine of his points in a big fourth quarter for the Elkers, who outscored the Wolves 20-12 to expand on a five-point, 24-19, lead going to the final eight minutes.

Marquese Gardlock and Chris Marshall each added eight points for the Bulldogs, who scored 54 points through the first three quarters.

KARNS CITY, Pa. – Luke Cramer scored 21 of his game-high 24 points in the first half to lead Karns City to a 60-41 win over visiting Clarion-Limestone.

Behind Cramer, who scored 12 points in the second quarter, the Gremlins led 32-21 at halftime.

FOXBURG, Pa. – Payton Johnston and Caden Rainey combined to score 13 third-quarter points, as Union broke open a close game at the half to pick up a 68-40 road win over A-C Valley in KSAC Small School play.

The Golden Knights led by just six, 34-28, at halftime but behind seven points from Johnston and six from Rainey in the third quarter to expand the lead to 19, 56-37, by the end of the third quarter.

Hartle, who also scored 27 points against Clarion Jan. 14, 2021, scored 24 first-half points including 18 in the second quarter when he hit four 3-pointers.

TIONESTA, Pa. – Visiting Clarion outscored Forest Area 66-0 in the first half on its way to an 88-8 victory in KSAC Small School action.

The Bobcats scored 41 first-quarter points, including 17 from Christian Simko, and had 10 different players reach the scorebook.

Simko paced Clarion with 31 points, 23 in the first half. He added eight steals and six rebounds.

KANE, Pa. – Mia Anderson had a double-double of 16 points and 10 rebounds to pace a 62-34 win by Kane over visiting Youngsville.

Kane led by just six, 31-25, at halftime before outscoring the Eagles 15-7 in the third quarter.

Sierra Myers added 12 points for the Lady Falcons, who led 18-2 at the end of eight minutes, with Liz Frame chipping in seven tallies.

Jan. 5, 2022 D10 Boys/Girls Hoops: Union City, Lakeview Boys Get Wins
Jan. 6, 2022 District 9 and District 10 Basketball Schedules Powered by Hunter’s Station Golf Club
This website or its third-party tools process personal data.In case of sale of your personal information, you may opt out by using the link Do not sell my personal information.
×
Manage consent