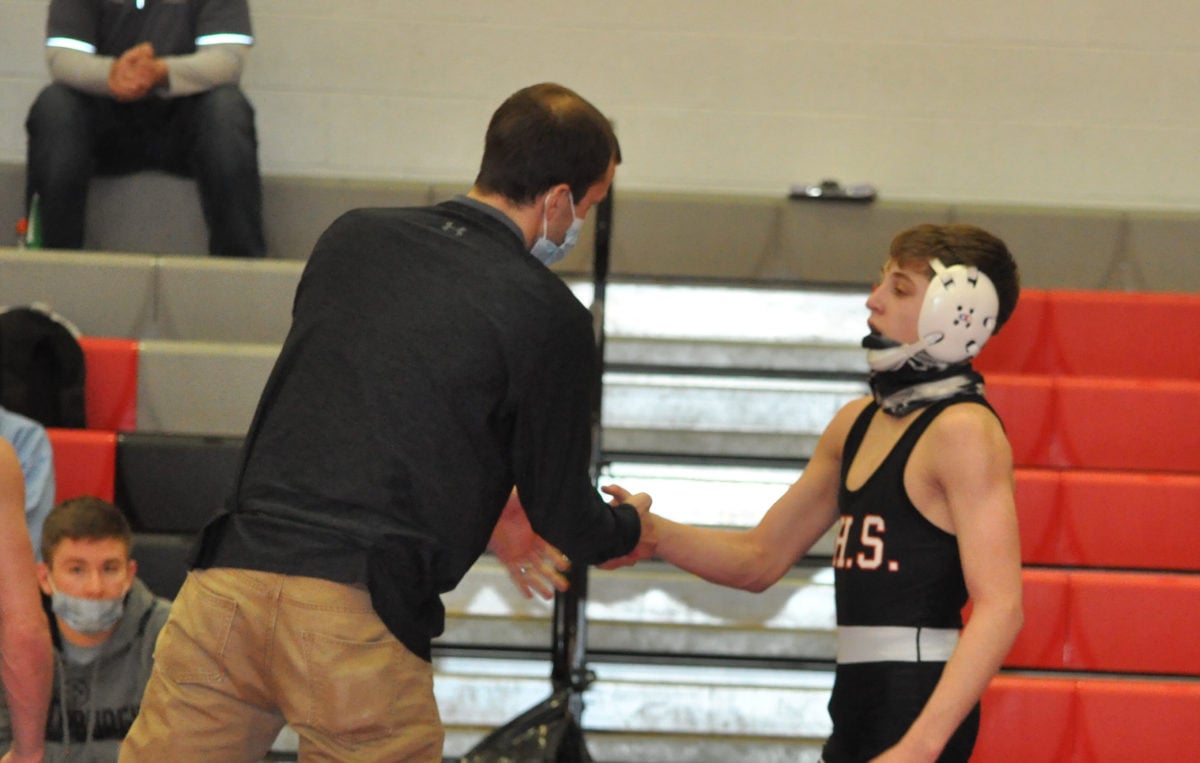 SENECA, Pa. – Cranberry got five pins on its way to a 42-21 win over Clarion on Wednesday.

BROCKWAY, Pa. – Brockway won four matches by fall and three by forfeit in a 45-19 win over Kane.

Kane won all three of its bouts via forfeit.

CORRY, Pa. – Corry won four matches by fall and four by forfeit in a 56-15 triumph over Union City.

WATTSBURG, Pa. – Eisenhower won three matches by fall and five by forfeit in a 48-21 win over Seneca.

FRANKLIN, Pa. – Frankl/in won by matches by forfeit and two by fall in a 45-27 win over Cochranton.

Cael Dailey (114) and Kanyon Crawford (285) won by pin for Franklin, while Gary Kiselka (215) won by decision for the Knnights.

WARREN, Pa. – Warren won five bouts via pin in a 42-21 triumph over Youngsville.

HADLEY, Pa. – Commodore Perry won five matches by forfeit and three by pin in a 51-17 win over Cambridge Springs.

Preston Gorton (133) and Brody Beck (139) won by fall for Cambridge Springs, while Gunnar Gate earned a 5-4 decision over Wyatt Lazzar at 145.

SHARON, Pa. – Greenville won six bouts via forfeit and three by pin in a 57-19 win over Sharon.

HARBORCREEK, Pa. – Northwestern got two pins and four forfeits in a 33-30 win over Harbor Creek.

ECC Boys Don’t Score Basket for Final 7-Plus Minutes but Beat Punxsy; Sheeler Hits 7 3’s as O-E Girls Cruise Jan. 4, 2022
Jan. 5, 2023 District 9 and District 10 Basketball Schedules Powered by Hunter’s Station Golf Club
This website or its third-party tools process personal data.In case of sale of your personal information, you may opt out by using the link Do not sell my personal information.
×
Manage consent