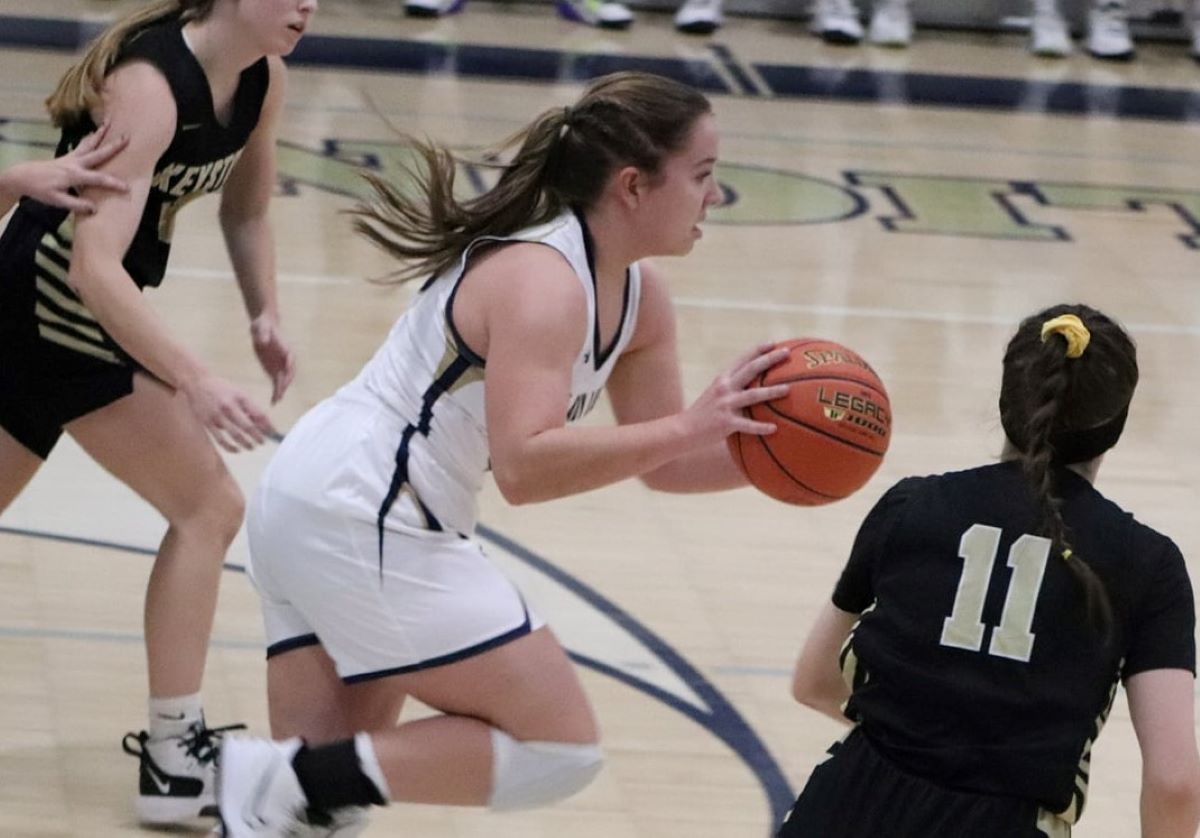 The unbeaten She-Wolves found themselves in a 28-all tie after being outscored 16-9 in the third quarter but rallied to outscore the Lady Vikings 8-5 in the fourth quarter to get the win.

Amya Green also hit a key fourth-quarter bucket for North Clarion, while Emma McFarland went 2 of 3 from the line in the fourth quarter.

Lily Homan scored 11 of her game-high 20 points in the third quarter to help get Venango Catholic back in the game after the Lady Vikings trailed 19-12 at halftime. Homan added six steals and six rebounds.

The Lady Vikings had the basketball with about four seconds to play but couldn’t get up a potential game-tying shot.

Milliron scored a team-high 16 points for the Lady Lions with Dunn adding 14.

Emma Johns poured in a game-best 20 points for Karns City, but no other Lady Gremlin had more than four tallies.

AUSTIN, Pa. – In a low-scoring affair, Austin got eight points, 14 rebounds, eight steals, and two assists from Isabella Rees in a 20-16 win over visiting Oswayo Valley in NTL action.

Ella Brewer and Savannah Horton each added six points for the Lady Panthers with Brewer also coming up with five steals.

Casilio had a game-high 18 points to go with five steals, two assists, and two rebounds.

Elizabeth Hungiville had a double-double for Smethport with 11 points and 12 rebounds, while Abby Lutz had a team-best 12 points.

Danielle Wood netted a game-high 22 points to go with six assists for Brockway with Selena Buttery completing a double-double with 14 points and 10 rebounds. Madelyn Schmader chipped in five steals and a point.

Catherine Kelly hit five 3-pointers on her way to a game-high 22 points for Moniteau with Abbey Jewart chipping in 11 points. In her season debut, Kenall Sankey added eight points and 11 rebounds, and Davina Pry contributed three points and eight rebounds.

The Lady Beavers led 32-19 going to the fourth quarter.

DUBOIS, Pa. – In its home opener, DuBois Central Catholic blasted out to an 18-0 lead after a quarter of play on its way to a 49-11 win over visiting Cameron County.

Dominika Logue scored 11 of her 13 points in the first quarter for the Golden Damsels who also got eight points from Hailey Kriebel.

KNOX, Pa. – Natalie Bowser had 23 points and 15 rebounds to lead Keystone to a 49-18 win over visiting Cranberry in KSAC Large School action.

Sydney Bell added 10 rebounds and three points for the Lady Panthers with Mia Traister dishing out nine assists while also scoring a point.

CURWENSVILLE, Pa. – Jaidyn McCracken scored a game-high 21 points, as visiting Bellwood-Antis cruised to a 77-20 win over Curwensville in ICC play.

Jan. 4, 2022 D10 Boys/Girls Hoops: Franklin Boys End Hickory’s Region Winning Streak; Fairview Girls Keep Rolling
Jan. 5, 2022 District 9 and District 10 Basketball Schedules Powered by Hunter’s Station Golf Club
We use cookies on our website to give you the most relevant experience by remembering your preferences and repeat visits. By clicking “Accept All”, you consent to the use of ALL the cookies. However, you may visit "Cookie Settings" to provide a controlled consent.
Cookie SettingsAccept All
Manage consent