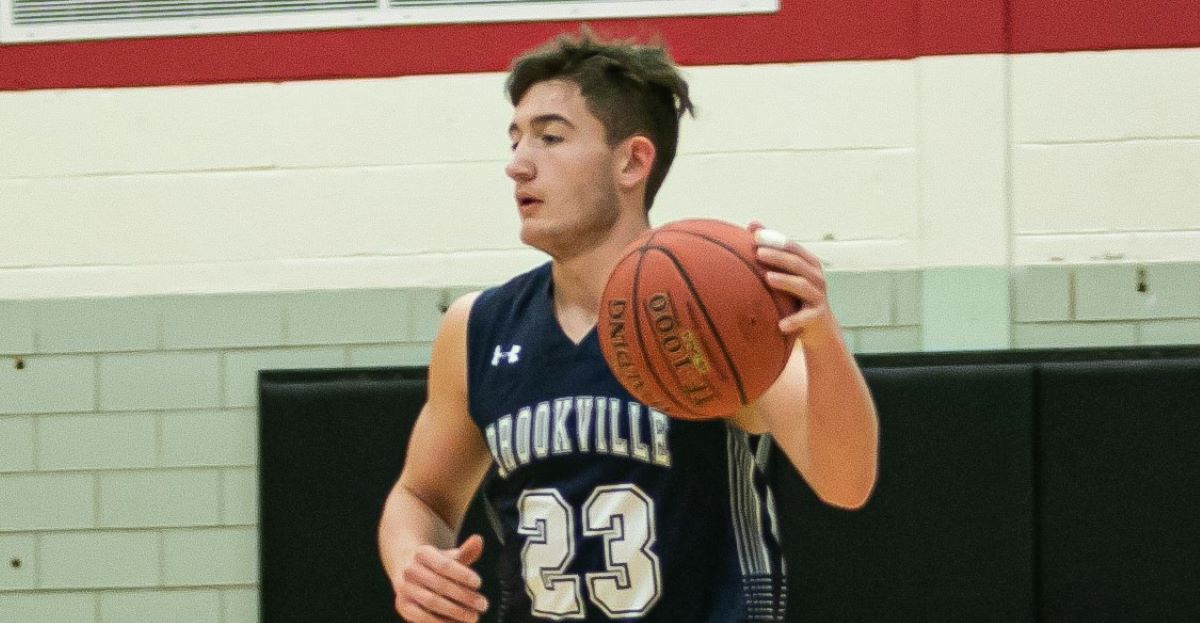 Griffin Ruhlman of Brookville scored a career-high 24 points in a two-point win at Meadville Tuesday. Photo by Jared Bakaysa of JB Graphics. See more of Bakaysa's work herePunxsutawney was the most recent team from either D9 or D10 to win a PIAA softball title winning the 4A title in 2018.

It was one of three 3-pointers hit by Zimmerman, as Johnsonburg outscored Smethport 7-6 in overtime.

Smethport rallied in the fourth quarter just to get to the extra four minutes after falling behind 26-21 after three periods of play.

The Hubbers, behind eight Alex Ognen points, outscored Johnsonburg 14-9 in the fourth quarter.

Ognen had a game-best 24 points for Smethport.

MEADVILLE, Pa. – In a back-and-forth interdistrict affair, unbeaten Brookville pulled out a 69-67 road win over Meadville.

The Raiders (8-0) were down three, 53-50, heading to the fourth quarter but scored six points in the opening minute of the quarter to take a 56-55 lead on a Danny Lauer bucket.

Brookville extended the lead to as many as five points in the quarter, but Meadville came back and was within two, 64-62, when the Raiders’ Hunter Geer scored on a putback with 1:05 left to make it 66-62.

Lucas Luteran kept the Bulldogs alive with a 3-pointer with just under 10 seconds left to make it 68-65, but Lauer hit the front end of a one-and-one with 6.4 seconds to play to make it 69-65. Meadville’s Khalon Simmons then scored at the horn to set the final tally.

Meadville had the early advantage going ahead 27-17 early in the second quarter before Brookville got back within three, 35-32 at halftime.

Ruhlman had a career-high 24 points for the Raiders with Lauer adding 18, including seven in the fourth quarter. Ian Pete chipped in nine, and Geer eight for Brookville.

The Crusaders trailed 35-32 going to the fourth quarter but thanks to the free throws outscored the Rovers 19-6 in the frame.

Luke Jansen was 6 of 6 from the charity stripe in the final eight minutes and scored eight of his game-high 16 points in the fourth quarter to lead ECC.

Noah Adams tied for game-high honors scoring 16 points for Brockway, including 10 in the third quarter when he hit a pair of 3-pointers.

The third quarter saw the Rovers outscore ECC 17-8 to erase a 24-18 halftime deficit.

Alex Carlson chipped in nine points, including seven in the third quarter, for Brockway.

GALETON, Pa. – Cameron Rees led a balanced effort with 10 points to help Austin to a 35-25 NTL road win over Galeton.

BRADFORD, Pa. – Jake Frantz led a trio of Bradford players in double digits with 13 points, as the Owls picked up a 48-39 home win over Coudersport.

Jerid Wilmoth and Dalton Dixon each added 11 points for Bradford.