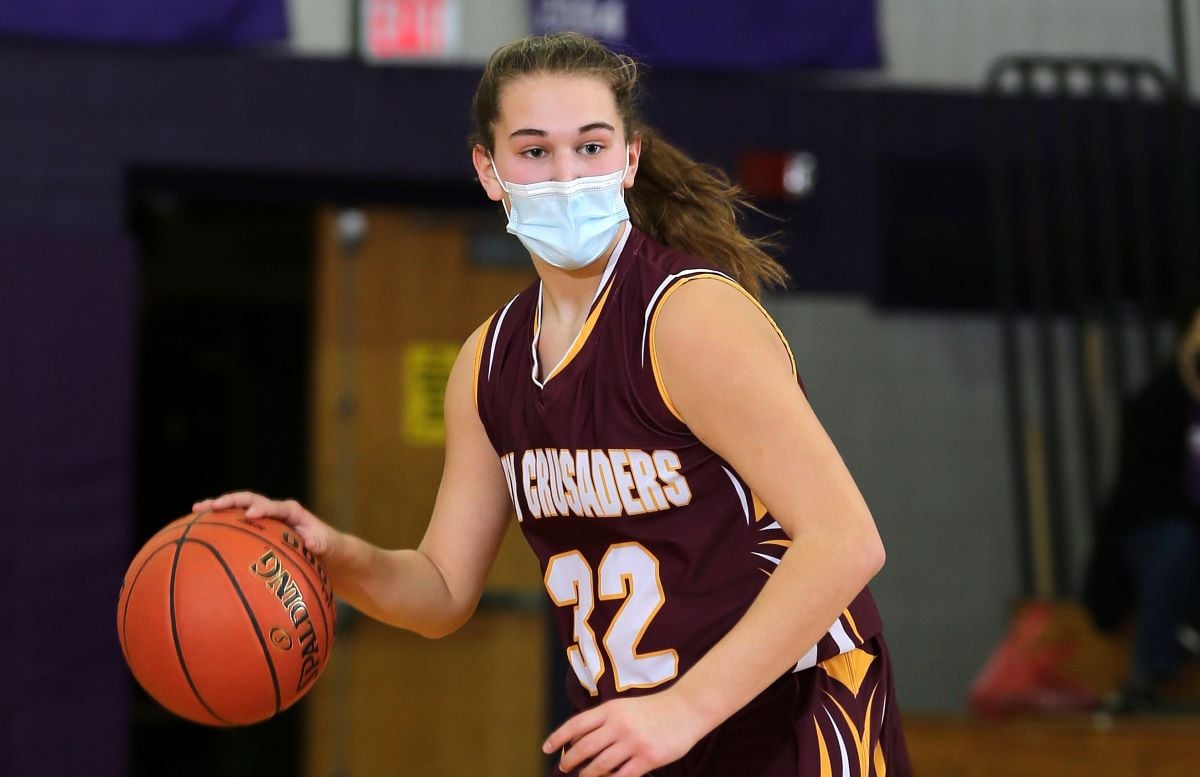 It also snapped Punxsutawney’s 29-game home D9 League win streak, as it was the first loss for the Lady Chucks in Punxsutawney in league play since Jan. 8, 2015, when ECC won 37-29.

Trailing by one, 9-8, at the end of the first quarter, ECC got six second-quarter points from Tori Newton to take a 19-14 halftime lead.

The Lady Crusaders then turned to Syd Alexander in the third quarter, and the sophomore delivered with six of the team’s 17 points to help expand the lead to 36-25.

Punxsutawney didn’t go down without a fight, as Danielle Griebel hit three fourth-quarter 3-pointers to help the Lady Chucks mount a comeback attempt.

But ECC hit 9 of 11 fourth-quarter free throws and got six points from Newton to hold on for the victory,

Payton Delhunty added 12 points, eight rebounds, and two assists for the Lady Elkers who also got eight points from Julie Peterson and six points, seven rebounds, an assist, and a block from Carli Thomas.

OIL CITY, Pa. – Union went on the road and got 37 combined points from Dominika Logue and Keira Croyle to beat Venango Catholic, 54-32.

Logue led the Golden Damsels with 20 points with Croyle adding 17.

Kennedy Vogle also chipped in eight points in the win.

DUKE CENTER, Pa. – Katie Sheeler and Bri Heller combined for 30 points to lift Otto-Eldred to a 49-13 win over visiting Galeton in NTL action.

Sheeler led the Lady Terrors with 17 points with Heller adding 13.

BROOKVILLE, Pa. – Ending a three-game losing streak on Senior Night, Brookville got 20 points from one of its seniors Alayna Haight in a 61-38 non-league win over Kane.

Brookville led 21-6 to start the game by the 5:20 mark of the second quarter. Kane got within six early in the third quarter before the Lady Raiders pulled away with the 23-point win.

Also reaching double digits for Homer-Center were Ayanna Elliott with 12 points and Marlee Kaufmann with 11.

For Redbank Valley, which was just 7 of 10 from the line, freshman Mylee Harmon had 13 points and Alivia Huffman and Madison Foringer nine each.

AUSTIN, Pa. – Makenzie Wagner had 22 points to pace visiting Bucktail to a 45-27 win over Austin.