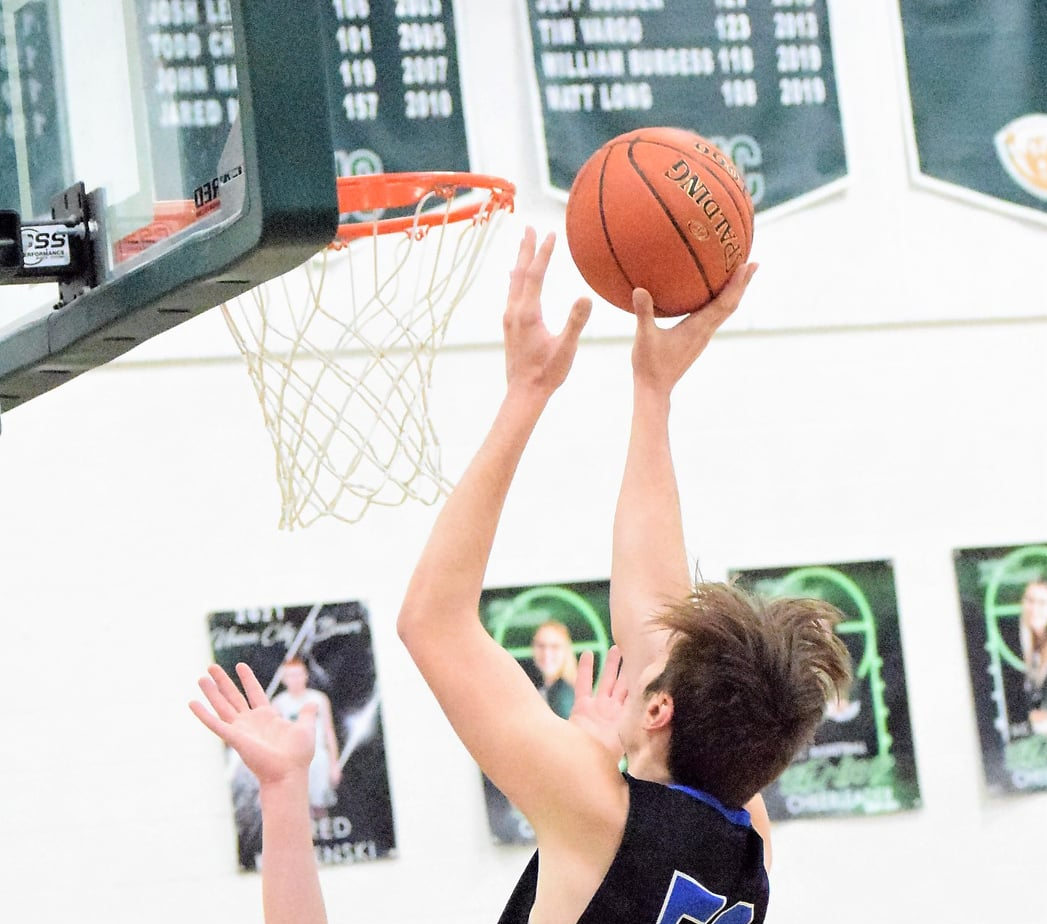 Nathan Held had 12 points for the Blue Devils, who outscored the Bears 21-9 in the second quarter after a 5-5 opening quarter.

The Bulldogs went on a 23-12 run in the second quarter to gain control of the game.

Sam Burchard added 15 points for the Bulldogs and Charlie Waid 10.

The Wildcats jumped out to a big advantage, leading 35-18 at halftime.

Two Saegertown players were in double figures scoring – Brady Greco with 15 and Max Fuller with 12.

Mason Kroniser had a big game for the Eagles with 19 points, while Zach Walker added nine.

Jon Gallo had 12 points and Jaiben Walker 10 for Cochranton.

Cam VanWormer added 12 for the Oilers, who led 23-5 after the first quarter en route to the win.

STONEBORO, Pa. – Garrett Heim poured in 23 points to lead North East to a 49-38 win over Lakeview.

The Pickers went on a 14-6 run in the second quarter to take control.

Tied at 32-all at halftime, the Eagles outscored the Tigers 40-26 in the second half.

Brett Salsgiver scored 19 points for Sharon, while Connor Porterfield had 13 and Shawn Hill 11.

Dylan Gordon tallied eight points as well for the Rockets.

SHARPSVILLE, Pa. – James Thomas scored 12 points for Sharpsville but it was Austintown Fitch (Ohio) that came away with a 66-49 victory.

Todd Simons had 21 for Austintown Fitch.

Ryan Ladevich and Mack Staunch added 11 each for Sharpsville.

Dajuan Young led the way with 13 points, while Malik Lampkins-Rudolph and Elijah Harden added 11 each.

Jake Mattocks had 10 points for Mercer

MEADVILLE, Pa. – Warren got big games out of Emma Ruhlman and Riley Childress in a 57-13 win over Meadville.

Ruhlman poured in 22 points and Childress 16 as the Dragons won for the second time in as many days on the road.

Warren outscored Meadville 30-0 in the second half.

Faith Jacob added 14 points for the Cardinals, while Paris Farley scored eight of her 11 points in the second half.

Alli Davis had 11 as well for the Blue Devils.

GIRARD, Pa. – Kayla Sharman had a monster game with 35 points, leading Girard to a 68-57 win over Cochranton.

Girard jumped out to a 33-20 halftime lead en route to the win. Courtney McDonald added 11 points for the Yellow Jackets.

Lexie Moore had a big game for Cochranton with 20 points, while RIley Harvey added 15.

Jan. 30, 2021 District 9 and District 10 Basketball Scores
Jan. 30, 2021 D9 Hoops: St. Marys Boys Hold off Austin; Clearfield Boy Split Games; NoPo Girls Get First Win
We use cookies on our website to give you the most relevant experience by remembering your preferences and repeat visits. By clicking “Accept All”, you consent to the use of ALL the cookies. However, you may visit "Cookie Settings" to provide a controlled consent.
Cookie SettingsAccept All
Manage consent