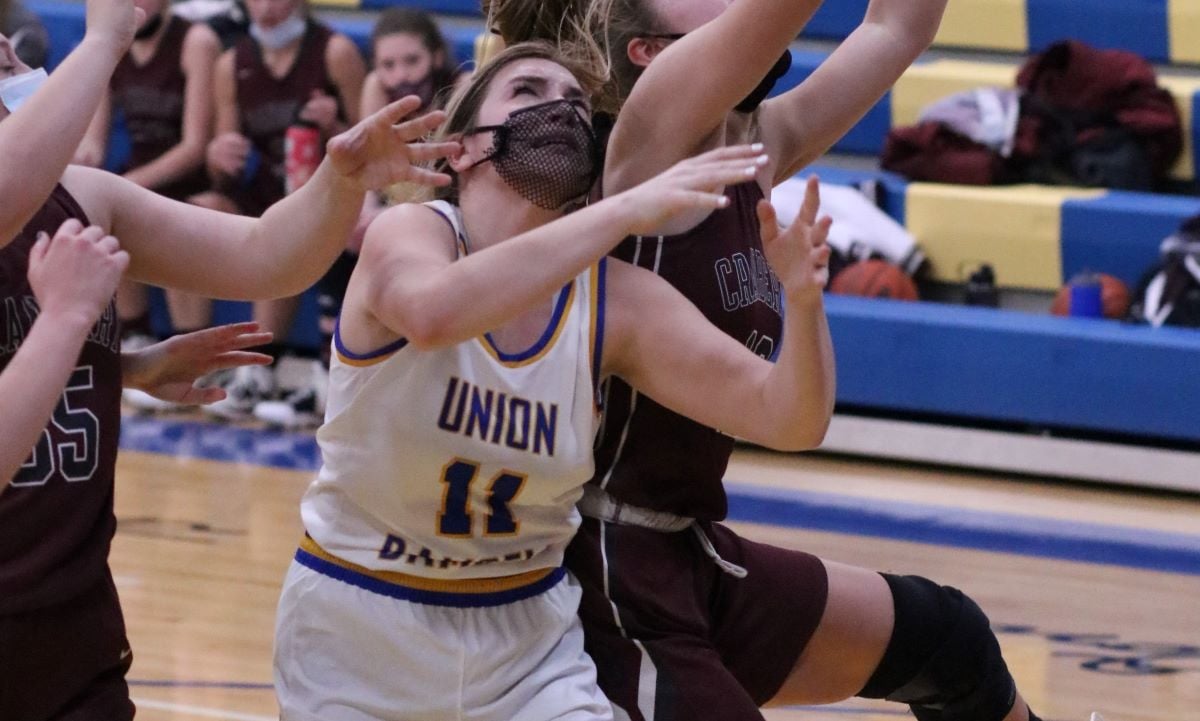 Hailey Kriebel scored all 15 of her points after halftime to help Union rally past Karns City in Overtime. Photo by Shelly Atzeni. Check out more of Atzeni's work here

The Golden Damsels outscored the Lady Gremlins 19-5 in the third quarter to make it 30-28 thanks to Kriebel, who had 10 of her 15 points including a pair of 3-pointers.

Kriebel and Kennedy Vogle each knocked down a 3-pointer and Union, once again outscored Karns City 12-10 in the fourth to send the game to overtime.

Dominika Logue went 4-for-4 from the charity stripe and the Golden Damsels defense shut out the Lady Gremlins to earn the win.

Emma Johns had a game-high 19 points in the loss for Karns City with Abby Callihan contributing 12.

CLARION, Pa.- Erica Selfridge and Jordan Best combined for 30 points to help Clarion to a 48-19 win over visiting Forest Area.

Jessica Wagner and Izzie Flick each had six tallies in the loss for Forest.

SENECA, Pa. – Ava Ferringer and Kaia Dean each recorded double-doubles to help Cranberry to its first win of the year, 38-24 over visiting Venango Catholic.

Ferringer scored a game-high 18 points while hauling in a game-best 12 rebounds, while Dean added 15 points and 10 rebounds.

Sheffield had a pair of looks in the closing seconds, but both were off the mark.

Maddy Marczak had a big game in the win for Oil City, scoring a game-high 19 points, including four 3-pointers.

WEST SUNBURY, Pa. – Riley Childress exploded for a career-high 32 points to lead Warren to a closer-than-it looked 59-45 win at Moniteau.

Named the Allegheny Grille of Foxburg Player of the Game, Childress talked about the victory.

But behind Catherine Kelly, who scored 15 of her team-high 19 points in the second half while hitting four second-half 3-pointers, Moniteau closed the gap to five points on at least three different occasions including early in the fourth quarter.

Every time the Lady Warriors got close, Warren answered, and the Dragons were perfect from the free-throw line in the final eight minutes, going 11 of 11 from the charity stripe, to close out the game.

Emma Ruhlman was a perfect 8 of 8 from the line in the fourth quarter and finished with 21 points, including 15 in the second half after missing some time in the first half with three fouls.

Foringer netted a game-high 20 points for the Lady Bulldogs while Rearick hit four 3-pointers on her way to 16 points. Alivia Huffman chipped in 12 tallies.

Rachel Cullen and Andrea Meals each contributed seven apiece in the loss for the Lady Falcons.